Jewish Federation will produce a 24-hour video feed to celebrate the Festival of Lights. 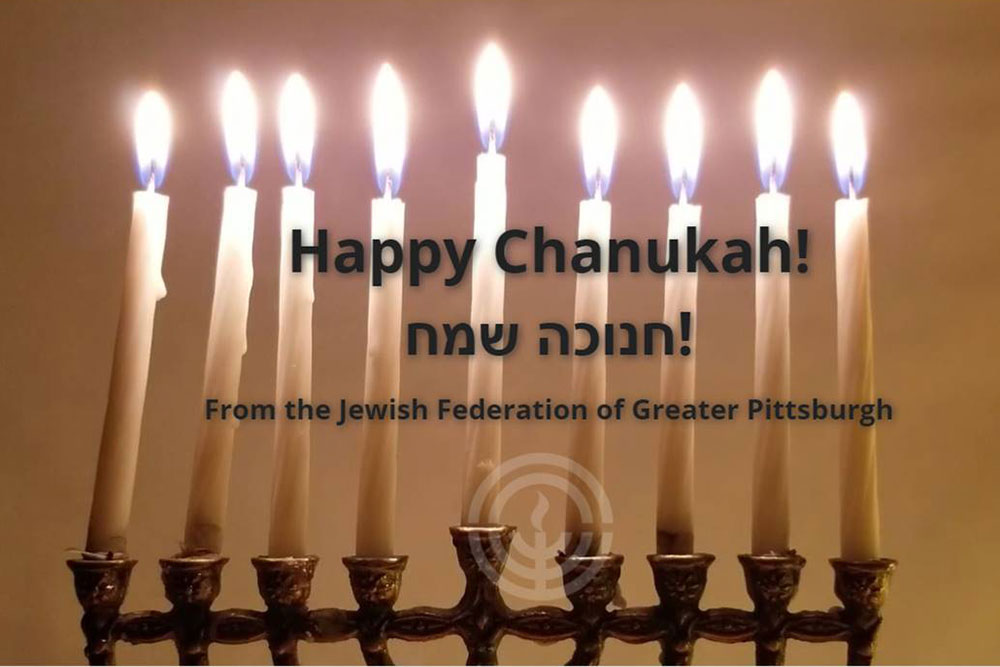 Chanukah begins at sundown on Thursday, Dec. 10, and this year Pittsburghers can virtually light the menorah together thanks to The Jewish Federation of Greater Pittsburgh’s 24-hour video feed.

Starting on Thursday evening, the video feed will show a Chanukah candle lighting ceremony. Following that, a repeating video with the correct number of candles burning will play for 24 hours until the next one is lit.

“In a year in which a lot of people can’t get together with loved ones for Chanukah, we thought that a virtual community menorah might bring a smile to a few of those people. It’s not just 24/7, it’s 24/8 for the eight days of Chanukah,” says Adam Hertzman, Jewish Federation’s director of marketing, in whose home the candles will be lit.

The idea was inspired by the popular videos in which a yule log continuously burns as a way to spread holiday cheer.

The Jewish tradition of lighting a menorah dates to the second century BCE when a small band of Jews defeated the Seleucids, who wanted to force the Jews to accept the Greek gods. When the Jews went to rededicate their defiled temple, they only had enough oil to keep the sacred lamp lit for one day. In a miracle, the oil lasted eight days, so now candles are lit for eight days in remembrance.

“I hope some people—whether Jewish or not—keep the candles up on a screen to remind them that they are not alone,” says Hertzman.