Pittsburghers Continue to Give Big

Thousands of people are donating to their favorite local nonprofit, are you one of them? 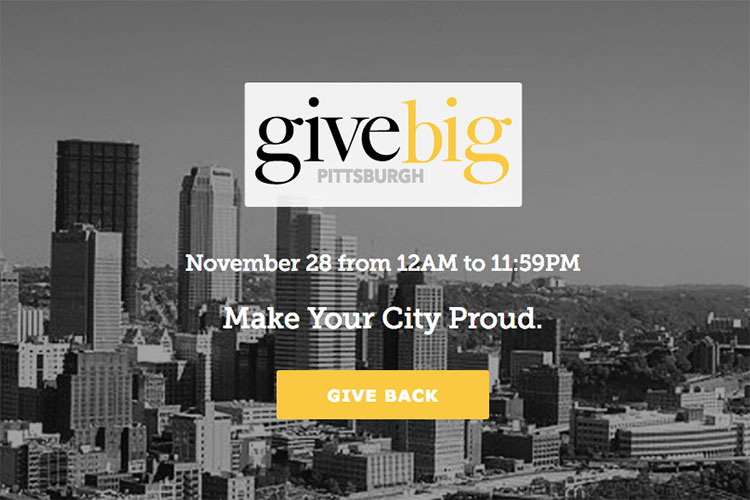 If you donated to the #GiveBigPittsburgh website Tuesday, you were not alone –– in fact, far from it. As of Wednesday morning, #GiveBigPittsburgh, had raised more than $1.3 million for nearly 500 nonprofits –– and the donations continue to come in. The website brings 600 nonprofits in Allegheny and Westmoreland counties together in one place, making a donation to a meaningful cause just a few clicks away. Contributions are tracked in real time with donors leaving messages to their favorite nonprofit that everyone can read.

I donated to Partners For Quality Foundation for #GiveBigPittsburgh. Did you give yet? https://t.co/aBK4Fx6W29

The website also lists which nonprofits are collecting the most donations and most individual donors. So far, Light of Life Rescue Mission raised the most at $69,225. Humane Animal Rescue has the most donors at 642.

The campaign, handed over this year to Pittsburgh Magazine from the Pittsburgh Foundation, did not end Tuesday. The platform remains open through Dec. 31 for those donors who prefer to wait.