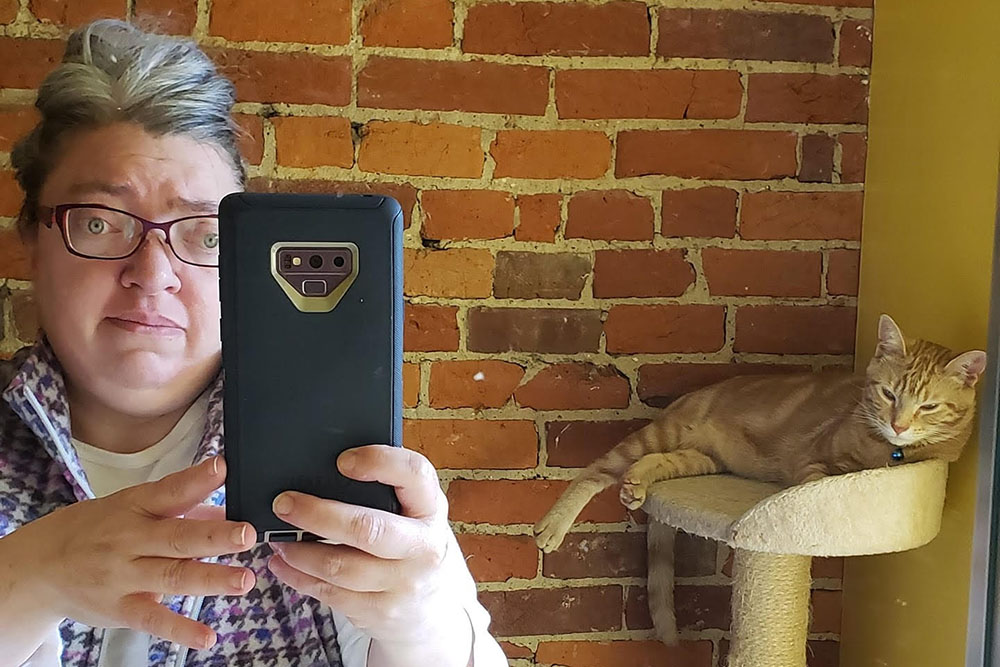 One local writer took home a GLAAD Media Award — and it wasn’t her first rodeo.

Sue Kerr won the award, which honors media for fair, accurate and inclusive representations of LGBTQ people and issues, for the first time in 2019. Her blog, Pittsburgh Lesbian Correspondents, also took home the prize in the Outstanding Blog category again this year, at a time when anti-LGBTQ legislation is on the rise around the country.

The blog was founded in 2005 to document LGBTQ experiences in Pennsylvania. Kerr, born in West Mifflin and now a resident of Manchester on the North Side, works with guest bloggers to put together inclusive and representative content, including memorial articles for LGBTQ people killed as a result of anti-LGBTQ violence.

“We need to say the names Angel Naira and Amäriey Lèį (Myara) repeatedly until the people who took their lives are brought to justice,” Kerr said in a press release. “It is horrifying both how quickly their stories have faded from the public consciousness and the lack of progress in the investigations of their murders. I’m grateful this award gives me another chance to say their names.”

Both Naira and Myara were Black transgender women who were shot to death — Naira in Aliquippa in November of 2021 and Myara in Wilkinsburg on New Year’s Day 2022. Their murders remain unsolved.

There were at least 57 members of the transgender community killed in the U.S. in 2021 — more than any year prior. So far, there have been at least five such killings in 2022.

In addition to memorial reporting and raising awareness for crimes committed against members of the LGBTQ community, Kerr’s blog also has garnered a reputation for its Q&A’s with progressive candidates during political campaigns, among other topics. It has become essential reading for much of the city’s queer community.

Kerr serves as co-chair of the City of Pittsburgh LGBTQIA+ Commission, established in 2021. In 2015, Kerr was named Blog Artist in Residence with Most Wanted Fine Art, a collaboration that created the AMPLIFY archive featuring over 300 stories of LGBTQ Western Pennsylvanians.

Billy Porter, a Pittsburgh native and graduate of both Pittsburgh Creative and Performing Arts High School and Carnegie Mellon University, was also honored with a GLAAD Award in 2017. Porter — a gay man — has received critical acclaim for his roles on Broadway and in television, and won the GLAAD Vito Russo award at the 28rd annual ceremony. The Vito Russo award is presented to an openly LGBTQ media professional who has “made a significant difference in promoting equality and acceptance,” according to the organization’s website.

Porter was also nominated in 2006 in the “Outstanding New York Theater: Broadway & Off Broadway” category for his one-person autobiographical show, “Ghetto Superstar (The Man That I Am).” But ultimately, a show called “Oedipus at Palm Springs” by The Five Lesbian Brothers took home the award that year.