Pittsburgh Then and Now: The Hulton Bridge

The first Jonathon Hulton Bridge lasted for more than a century before it was replaced. An attempt to rename it, however, lasted just three days. 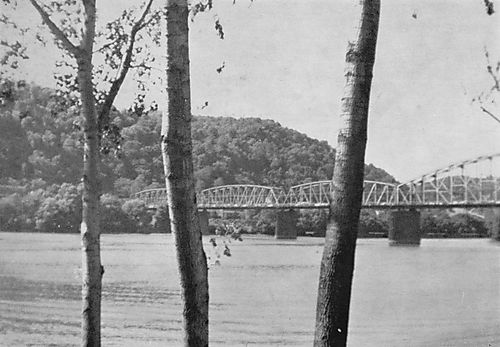 The Hulton Bridge, which spans the Allegheny River connecting Oakmont and Harmarville, was named for Jonathon Hulton, one of the first landowners in Oakmont. It was built in 1908 at a cost of $306,000. At that time, horse and buggies were the mode of transportation. “It was wooden originally and lit by gas lamps,” according to historian Gary Rogers. In 1989, the state legislature renamed the bridge in honor of the late Pennsylvania representative Joseph Bonetto, an advocate of new bridge construction. However, the idea not sit well with borough residents. Plaques designating the bridge’s new name mysteriously disappeared three days after they were installed and were replaced by new, larger plaques confirming the span’s original name. 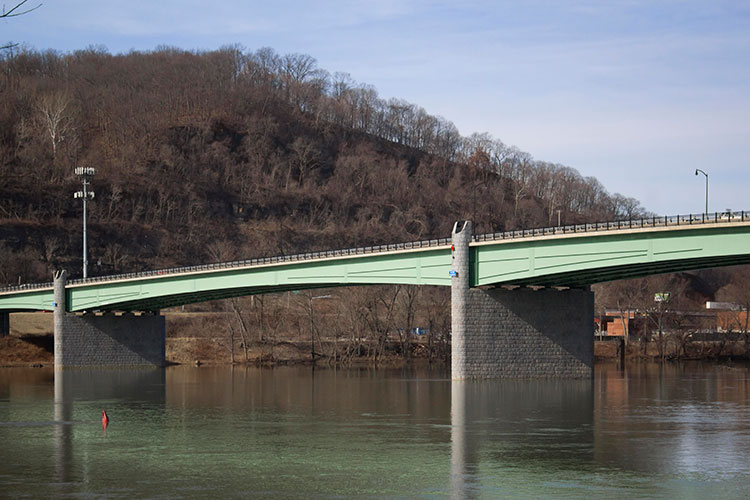 photo by BY FRANCESCA FELLO

Construction of a 1,600-foot-long steel replacement bridge began in September 2013. The new bridge is four lanes instead of two with wider medians, shoulders and a ADA-compliant sidewalk. It opened to traffic on Oct. 20, 2015. The project cost $65 million. 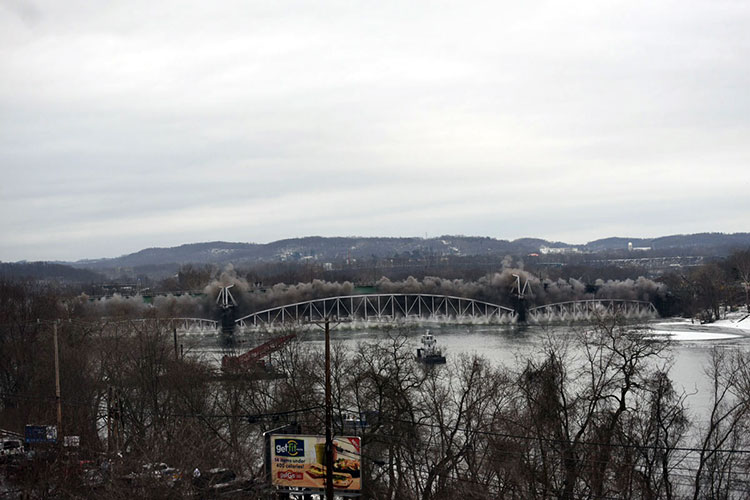