Pittsburgh Then and Now: The Greyhound Bus Station

Just about everything has changed since the first Greyhound Bus depot opened in Pittsburgh, except its location. 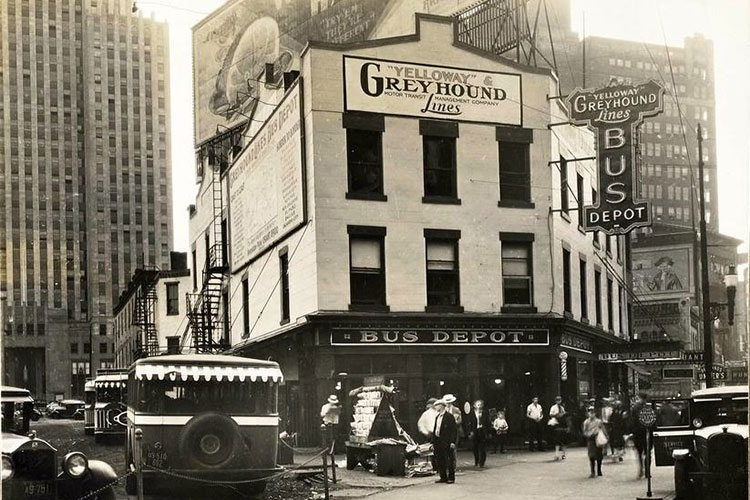 In 1929, the Greyhound Bus Depot was located at the intersection of Grant Street and Liberty Avenue Downtown. The bus company was expanding after beginning transcontinental service from California to New York in 1927.

By the beginning of World War II, the company had 4,750 stations and nearly 10,000 employees. With construction of the interstate highway system and the increased affordability of air travel, Greyhound and other intercity bus carriers suffered. 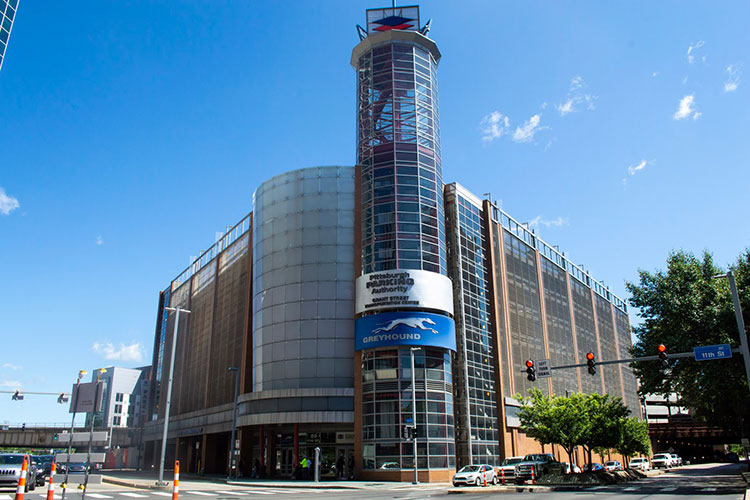 After changes in ownership, mergers and two bankruptcies, Greyhound today operates out of the Grant Street Transportation Center, located less than a block away from the original bus depot. The bus company currently has 123 routes serving more than 2,700 destinations in the United States. Its major competitors are the private automobile, low-cost airlines, Amtrak and other intercity coach bus companies.