Just like the homes of the Steelers, Pirates and Penguins — the terminal at Pittsburgh International Airport looks nothing like it did 50 years ago. 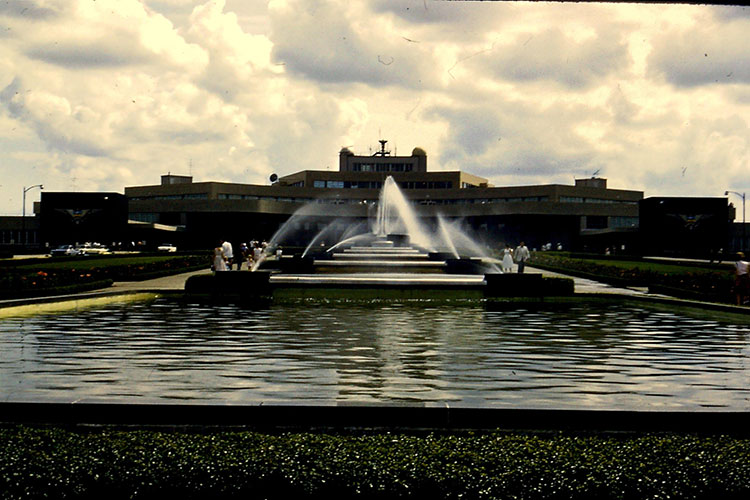 The former terminal at Pittsburgh International Airport opened in 1952 and underwent several expansions in its 40-year history. 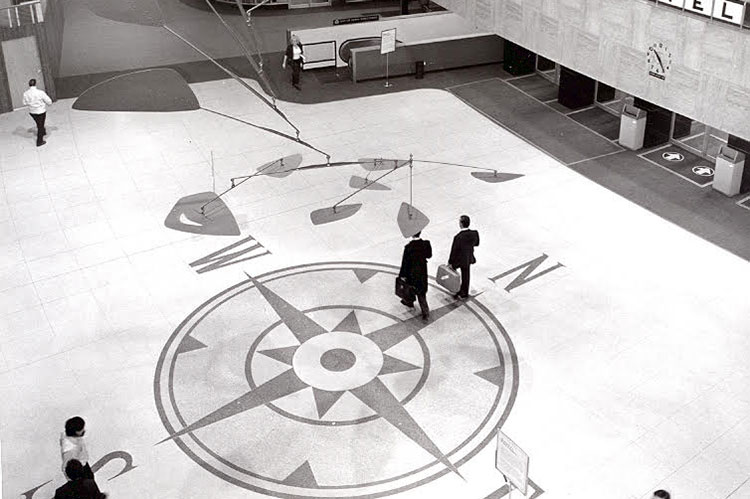 Even in the early days, an Alexander Calder mobile decorated the inside of the terminal. 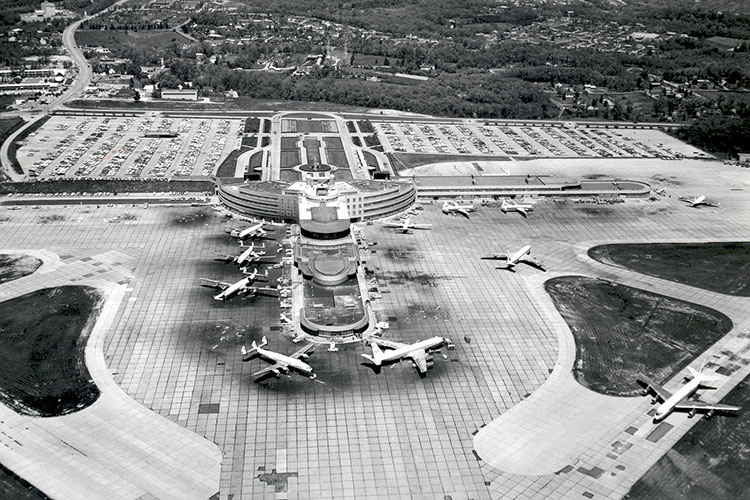 In 1968, ground was broken for the international wing. Twice in the 1970s, growing traffic necessitated the construction of more gates. 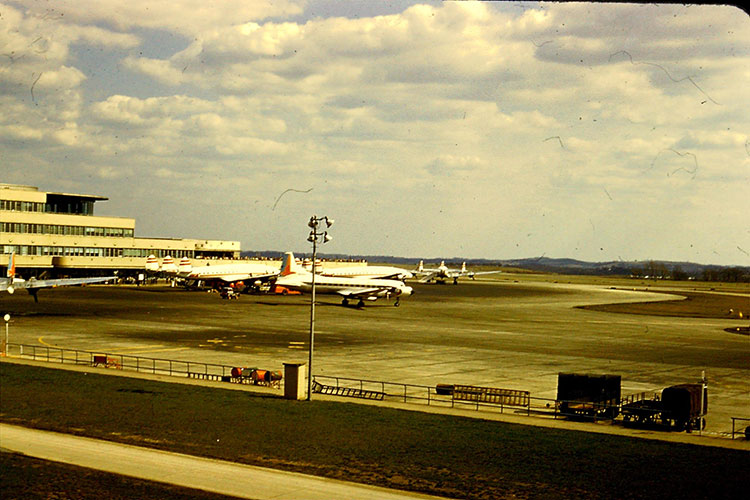 But even with those expansions, the terminal was too small. In 1987, with financial backing from USAir, work began on a billion dollar expansion. 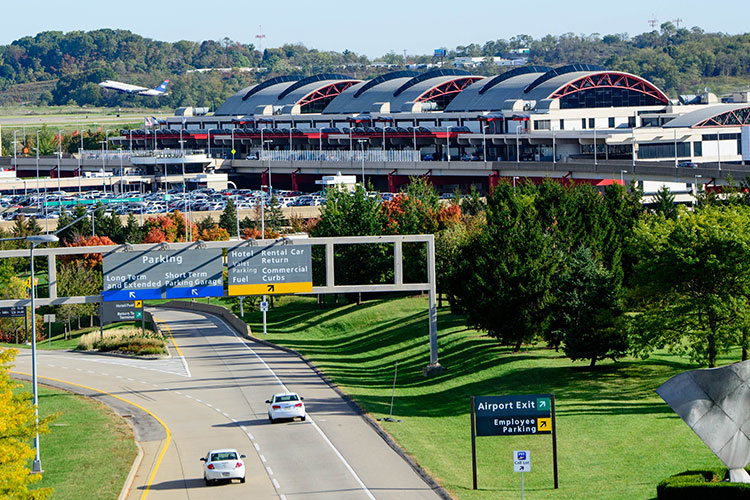 On Oct. 1, 1992, the new midfield terminal opened. It consisted of two main buildings; a landside terminal for security, ground transportation and baggage handling and an airside building for passenger gates. 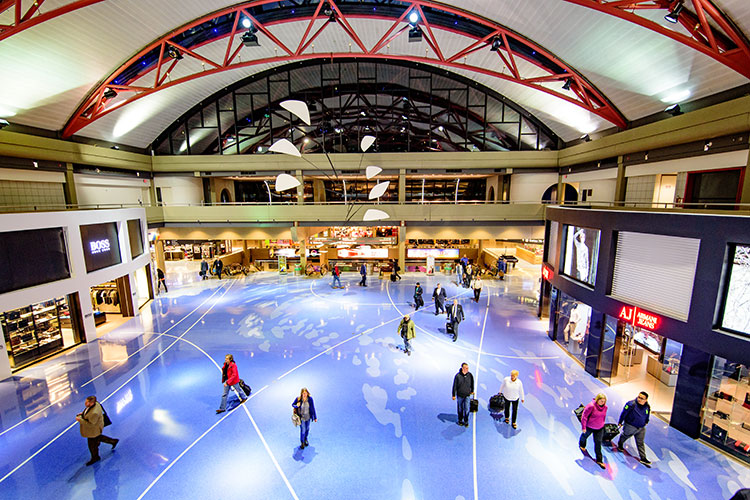 Like its predecessor, the new airside terminal included an Alexander Calder mobile above the main concourse. 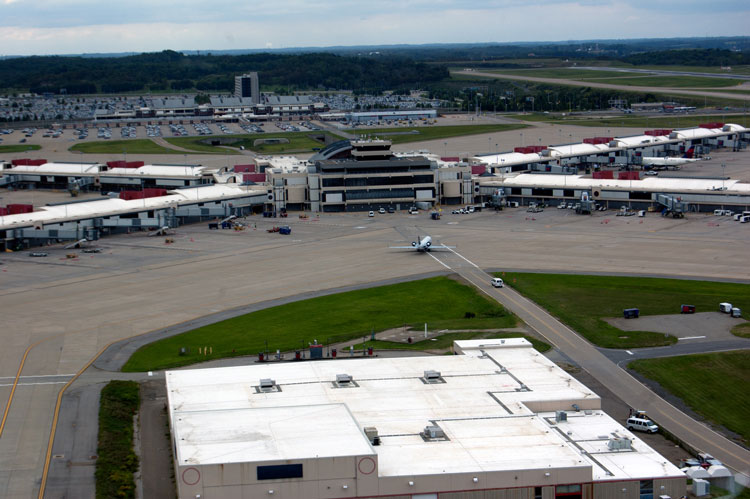 The X-shaped airside terminal has the capacity for 100 gates, although the need for all of them never materialized because of the departure of US Airways and the impact of the Sept. 11 terrorist attacks on the airline industry. 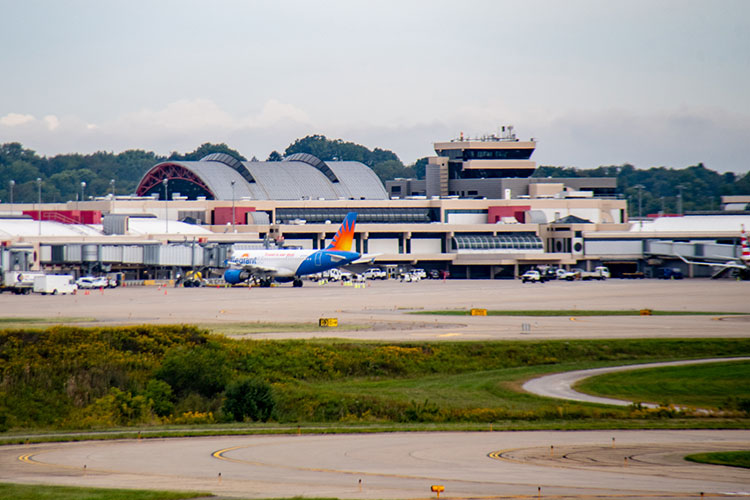 More change is coming to the airport. The current two-terminal system will be replaced by a new landside terminal that will be built between the C and D concourses of the current airside terminal. Also included in the plans are renovations of the airside building and a reduction in the number of gates from the current 75 to 51. The airport authority says up to a quarter of the current gates are never used. The proposal also eliminates the need for the tram that now carries passengers from the landside to the airside building.

This article appears in the June 2019 issue of Pittsburgh Magazine.
Categories: Then/Now