The symphony announced June and July concerts, as well as its summer European tour, will not go on as hoped. 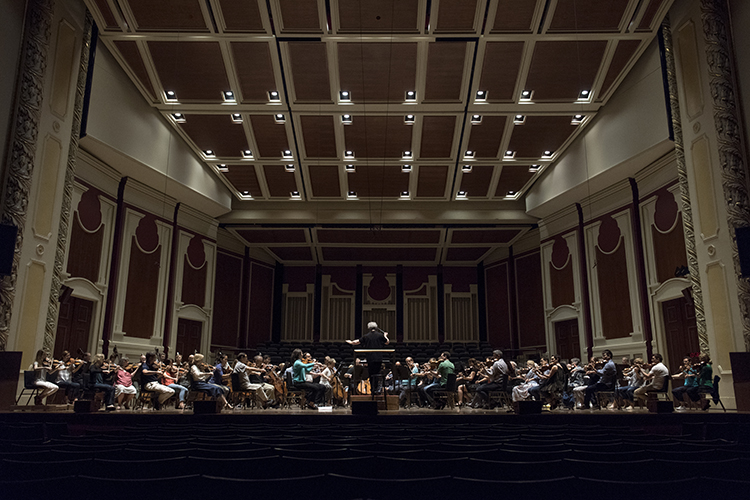 The Pittsburgh Symphony Orchestra is canceling the rest of its concerts in June and July of this year, after previously deciding to cancel all concerts through May 21.

Because of the continued restrictions on public gatherings and the increased regulations coming from federal, state and local government and public health officials, Pittsburgh Symphony Orchestra says canceling the rest of the 2019-2020 concerts is necessary to protect audiences, musicians and employees from the spread of COVID-19.

“It is painful to take this action, but we know it is in the best interest of the health and safety of the community, and that must always be our top priority,” Melia Tourangeau, president & CEO of Pittsburgh Symphony Orchestra, said in a press release.

Tourangeau also mentioned that the orchestra’s European Festivals Tour, originally scheduled to begin in late August, will no longer take place. This 12-concert, 11-city, five-country tour was meant to kick off the orchestra’s 125th Anniversary season where the ensemble would perform at “some of the most prestigious stages in Europe.” The featured orchestra would have been a part of the Opening Weekend at the Beethovenfest in Bonn, Germany, and was the only American orchestra to be invited to play at the Salzburg Festival for its 100th anniversary season.

In terms of ticket options, the symphony is asking people to consider donating their tickets for a tax refund, which would help the nonprofit arts organization and offer support to the musicians. Other options include banking the value of one’s ticket, applying the credit to a subscription for the 2020-2021 season, or requesting a refund.

With summer approaching, Tourangeau says the symphony is looking into alternative ways it can bring music to the community during the “yellow” phase of Allegheny County’s re-opening. This could include outdoor performances, digital offerings or small gatherings with ensembles from the orchestra.

The symphony is continuing its “Extraordinary Measures” initiative, a series of virtual musical offerings. New music, as well as music from the orchestra’s archives and educational music for children, are available to watch on the symphony’s website and social media channels. In addition, there are weekly Friday night concerts, hosted by Music Director Manfred Honeck.

“Plans will be evolving in future weeks and we look forward to bringing back the music to our wonderful community once again,” Tourangeau says. “Until then, we wish everyone to stay healthy and be safe.”