The NFL used to love putting the Steelers on national television. But moving their upcoming rematch against the Bengals into TV oblivion is an unimpeachable indictment of what the Steelers have become. 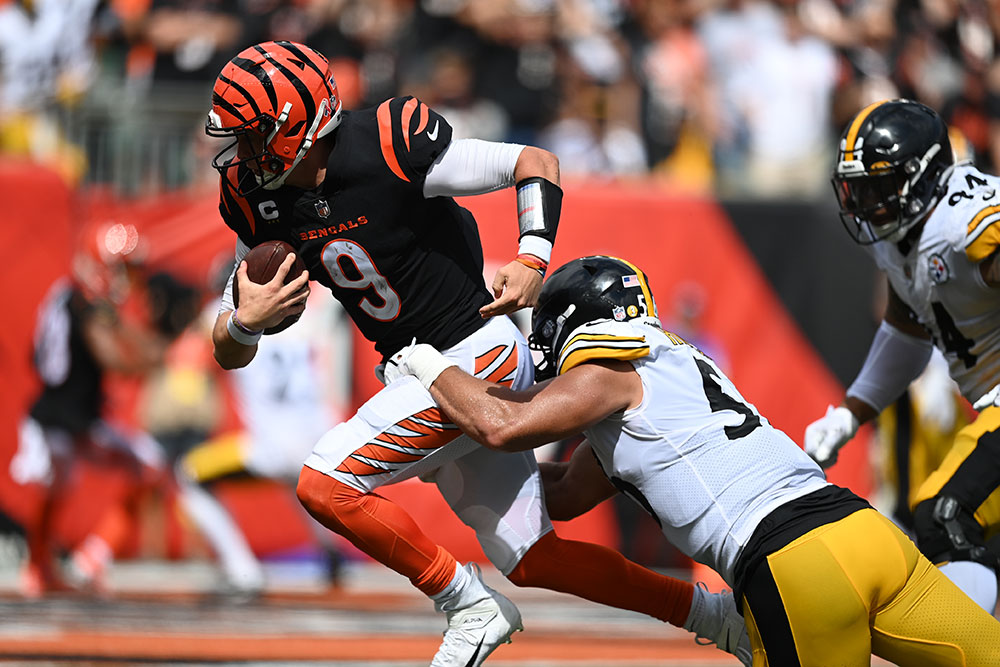 This was the unkindest cut of all …

Not the benching of the quarterback they’d signed in free agency two quarters into the fourth game.

Not the regression of the running back they’d drafted in the first round a season ago, a second-year captain they had been molding to lead in word and deed.

Not the injury that took the reigning NFL Defensive Player of the Year out of the equation before the end of the first game.

Not the trade of a wide receiver who had played 86 percent of the offensive snaps and had a significant hand in two of the 10 offensive touchdowns they’d managed through the first eight games in exchange for a draft pick that won’t begin paying dividends until next season at the earliest.

Not the persistent and passionate public outcry for offensive coordinator Matt Canada’s head on a pike (not literally, but Steeler Nation has clearly had it with Canada coordinating an offense that has produced a next-to-last-in-the-NFL average of 15.0 points per game).

You want confirmation regarding how far and how fast the Steelers have fallen?

A simple press release from the National Football League this week captured the spirit of the thing:

“The Week 11 Kansas City Chiefs at Los Angeles Chargers game on Sunday, November 20 will be played at 8:20 PM ET on NBC and the Cincinnati Bengals-Pittsburgh Steelers game will move to 4:25 PM ET on CBS, the NFL announced today.”

That announcement hit inboxes at approximately 11 a.m. on Tuesday.

That’s the day the music died.

Not quite rock bottom, but close enough.

It’s a more painful declaration as to the State of the Steelers than Bengals wide receiver Tyler Boyd accusing the Steelers of quitting or quarterback Joe Burrow insisting the Bengals had “higher aspirations” than beating the Steelers.

It has nothing to do with the Bengals.

The NFL doesn’t want the Steelers on national television in prime time.

You can bet the Steelers’ Nov. 28 visit to Indianapolis would likewise be flexed out of the Monday Night Football window if such an option existed.

Maybe even the Saturday night hosting of the Raiders on Dec. 24, which suddenly looms to be little more than a Christmas Eve lump of coal.

What’s next, a half-empty Acrisure Stadium?

There’s no question that getting flexed will get the organization’s attention.

The gravity of the response will have a lot to do with how the rest of the season plays out (in relative obscurity, as it turns out).

Can Kenny Pickett get his feet on the ground and establish himself as the quarterback, as opposed to what he is now, a guy they drafted because they thought he could play the position?

Can Najee Harris rediscover what made him so special as a rookie a season ago?

Will a defense that figures to have outside linebacker T.J. Watt back and sub-package DB Damontae Kazee in the lineup for the first time this season when the Steelers host New Orleans this Sunday begin to once again look like the defense the Steelers envisioned all along, like the one that dominated for openers in Cincinnati?

Will the trade of wide receiver Chase Claypool finally compel the Steelers to begin targeting wide receivers George Pickens and Diontae Johnson and tight end Pat Freiermuth more, something they should have been doing all along?

And last, but not least, what does the current coaching staff have to offer to confront a situation that has deteriorated so profoundly the NFL thinks America is better off watching somebody else?

Even if it’s no longer perceived as must-see TV.