Pittsburgh Ranked No. 5 Most Resilient City in the World

A new report by international development company Grosvenor Group has high praise for our adaptability. 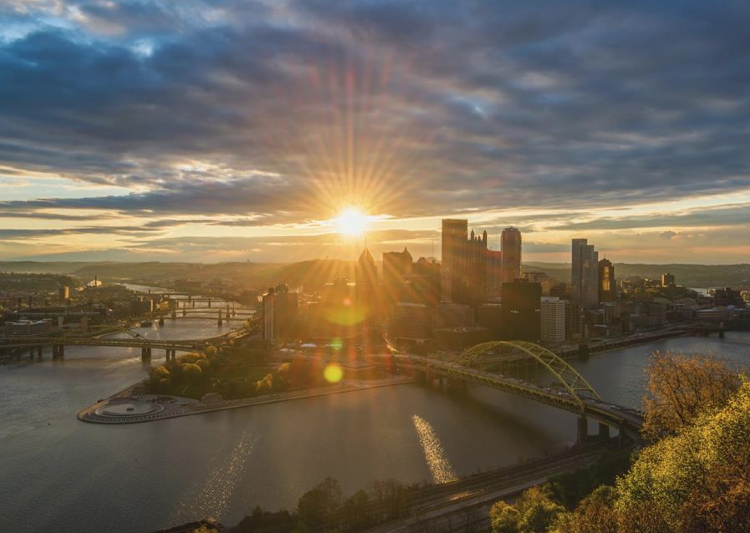 According to a new report by the international development company Grosvenor Group, Pittsburgh is the no. 5 most-resilient city in the world. The report measured cities’ ability to accommodate change in areas such as governance, technical capacity and planning systems. Then it balanced those numbers against cities’ vulnerability to varying elements such as climate change, population growth and infrastructure decline. Canadian cities Toronto, Vancouver and Calgary landed the top three spots, followed by U.S. frontrunner Chicago and then Pittsburgh.

Pittsburgh’s adaptive capacity score was 95 out of 100. The best part of this news is why the study was done in the first place. The London-based Grosvenor Group compiled the rankings to help guide its international clients on where to invest and develop real estate. Pittsburgh placing so high on the list will certainly raise eyebrows.

We even beat Stockholm! No matter what happens in Game 7, at least we have that on you, Henrik Lundqvist. 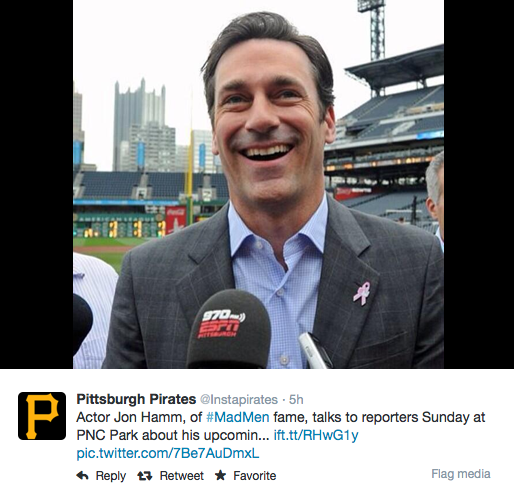 Actor Jon Hamm visited PNC Park yesterday to promote his latest film “Million Dollar Arm.” Released this Friday, the movie is inspired by the true story of two baseball recruits from India who won the “Million Dollar Arm” pitching contest and signed with the Pittsburgh Pirates organization. One of the real-life recruits, Rinku Singh, also attended Pittsburgh’s game against the St. Louis Cardinals to discuss the movie. Yesterday marked Hamm’s first trip to Pittsburgh — hopefully not his last, though. 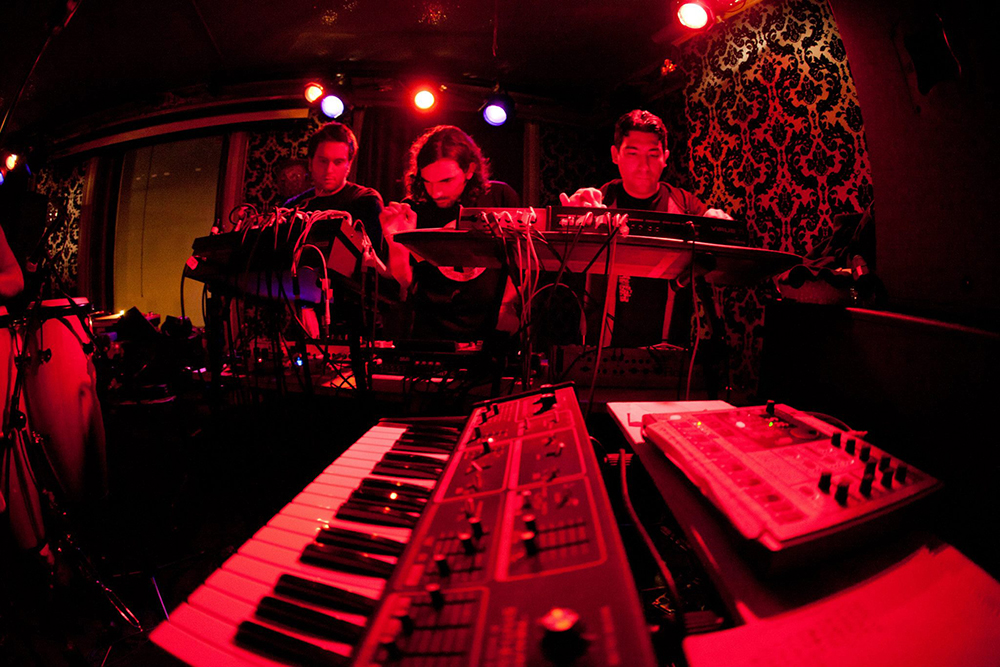 Yesterday was a big day for Pittsburgh — first celebrity sightings at our acclaimed ball field and then props for a band, bestowed by a national music publication: Rolling Stone named Pittsburgh Track Authority the “Artist to Watch.” That’s great. We’d just like to point out that we highlighted the band of Pittsburgh natives Preslav Lefterov, Thomas Cox and Adam Ratana back in February 2013.

Rolling Stone lauded the trio of DJs for its hard-hitting remixes of artists such as The Weekend and Nicki Minaj. In addition to collaborating and creating mashups, the group manages a recording studio in the city. Although PTA is following in the footsteps of Pittsburgh rising stars Wiz Khalifa, Girl Talk, Modey Lemon and Anti-Flag, the band plans to stick around the Steel City.