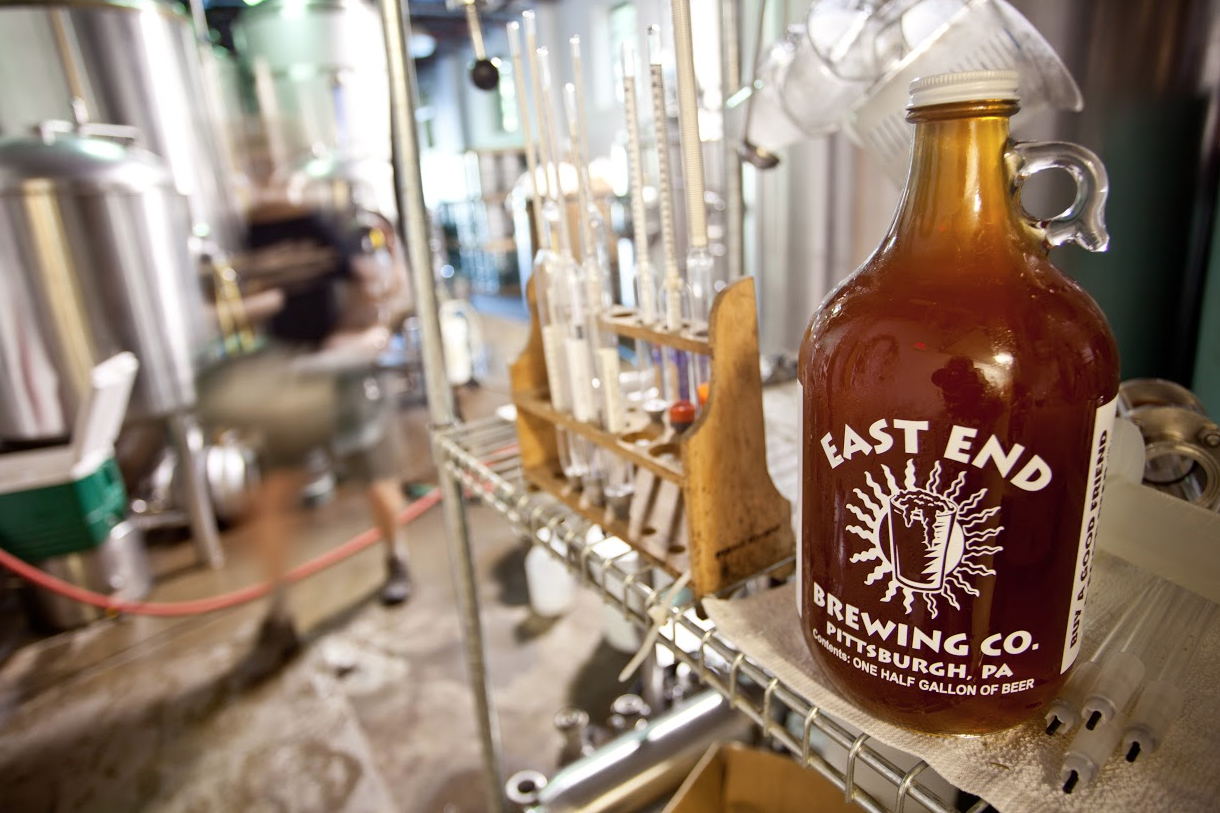 PITTSBURGH PUBLIC MARKET OPENS IN NEW SPACE
Locals took a liking to Pittsburgh Public Market when it opened in September 2010. Because it worked with vendors offering an array of gourmet marshmallows, herbs, spices and more, the market became an essential stop for gourmands of all stripes. Earlier this year, the market announced plans to move to a new home, which would allow vendors to cook on-site. On Wednesday, the market opened in its new location and now boasts expanded hours of operation along with a full calendar of events. Veteran sellers, such as East End Brewing Co. (pictured), are in place, but keep an eye out for newcomers in the future.

FOOD AND FUN AT GARFIELD FARM BENEFIT
Partake in classic fall activities, such as bobbing for apples and apple-cider pressing, at Sunday’s Garfield Community Farm Fall Festival at Salt of the Earth. Attendees can enjoy cooking demos, an elaborate meal and a pit-roasted pig. Garfield Community Farm, founded in 2008 with the intention of teaching and practicing organic gardening, relies heavily on volunteers and donations. This festival will benefit both the farm (via proceeds) and attendees (via farm-fresh fare).

JOE’S DOGHOUSE SERVES CASUAL FAVORITES
If you’re still under the impression that hot dogs and burgers are plain, get a load of what Joe’s Doghouse dishes out: a sirloin burger topped with homemade chili, cheese and onions; a “soy dog” stuffed with giardiniera; and grilled bratwurst on a pretzel bun with mashed potatoes.

Joe Colaneri has been tantalizing taste buds for a few years now, mostly catering to students at Carnegie Mellon University and night owls on Walnut Street. He offers a quickly prepared lineup of grilled chicken, all-beef franks, burger specials, and brats and kielbasa loaded with an assortment of toppings.

You can locate Joe’s Doghouse with our help; follow @PGHmagEAT for the latest updates on scheduling.

This article appears in the October 2013 issue of Eat Street.
Categories: PGHeats