Plus, find out how to score opera tickets for less than the price of pizza. 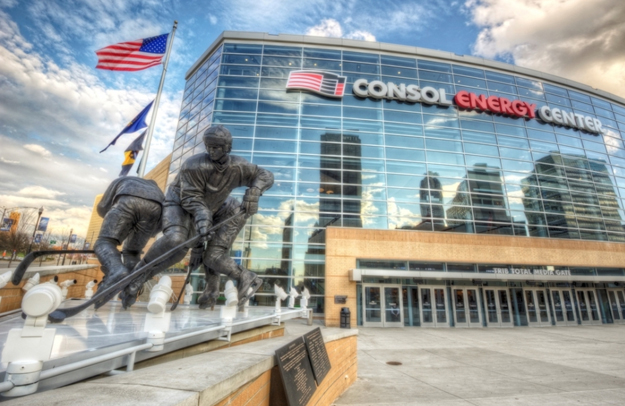 Pittsburgh Power returns to the CONSOL Energy Center
We’re at an uncomfortable spot on the local sports calendar. Pirates baseball is still a few weeks away. College basketball — at least locally — is emphatically done. Perhaps you have Penguins tickets — but if you don’t, they’re gonna be hard to get. What can you do if you have an itch for some intense competition but don’t want to spend an arm and a leg? Where’s the casual fan in search of a game, a hot dog and a beer to turn?

Well, this is Pittsburgh after all — time to find some football. And the best place for springtime pigskin action is the CONSOL Energy Center, home of the Pittsburgh Power of the Arena Football League. Returning for their second season, the Power will play cross-state rivals the Philadelphia Soul this Friday night in the home season opener. The game, which will be broadcast nationally on the NFL Network, will see the Power try to improve on last season’s 9-9 record against a tough Philly squad that edged New Orleans 63-62 last weekend.

Opera on the cheap
Curious about the world of opera? Want to keep up with the tougher “Jeopardy!” categories and the chatter among your music-major friends? Well, to let you in on a little secret, you can develop a taste for opera in Pittsburgh for less than the price of a large pizza. For its production of Puccini’s dramatic tale Tosca, Pittsburgh Opera is offering tickets for as little as $10. There’s a limited number of discounted seats available, though, and only four performances — so don’t dawdle. And if you’re still on the fence, we promise you’ll know what’s going on; they project an English translation above the stage.

Happy Hunger Games
I picked up the first Hunger Games novel expecting to read a few pages before forgetting about the series; like many alleged grown-ups, I mistakenly took the books for kiddie fare. Of course, that couldn’t be farther from the truth in many ways, as I learned over the next six hours; I couldn’t go to sleep until I had finished the first book. So I’ve been eagerly awaiting the film version of The Hunger Games, which finally hits theaters this weekend. Check out this week’s edition of After Dark for my review — and a word or two on whether or not to bring the young ones, a hot topic of debate among fans.

In Theaters This Weekend: As noted above, the multiplex will be dominated this weekend by the first chapter of The Hunger Games trilogy, based on the best-selling series of novels by Suzanne Collins. PM Film Editor Sean Collier will appear on the 102.5 WDVE Morning Show Friday at 9:15 a.m. to review and discuss the phenomenon; as an avowed Hunger Games superfan, he’ll try hard to give an objective opinion somewhere amidst a long period of breathless raving. Tune in to 102.5-FM or DVE.com for Sean’s review!

On Saturday, check out Comedy for a Cause, a benefit for Mainstay Life Services. The event is at The Union Project from 7 p.m. "until you stop laughing." Click here for more.

Spring has sprung! This Saturday, enjoy complimentary refreshments while viewing the new Spring collection at The Songbird Sanctuary. Click here for more.