Mayor Bill Peduto, who praised McLay's service to the city, promised to name a new chief within 90 days. 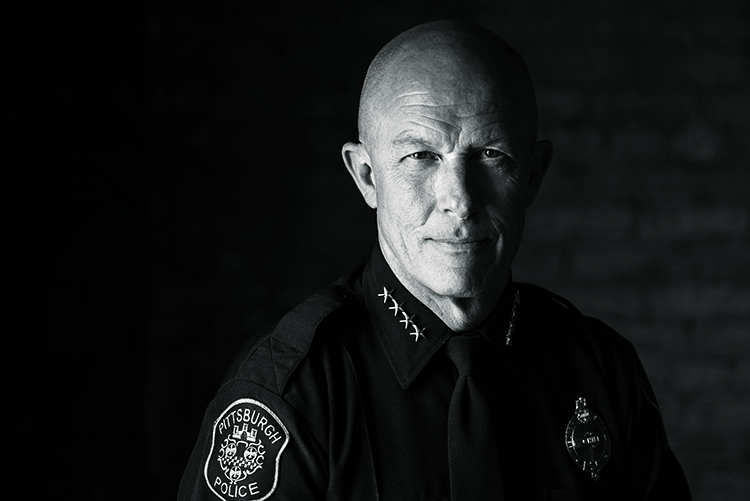 Pittsburgh police Chief Cameron McLay is stepping down after serving as the city’s chief law enforcement officer for two years. In a news conference Friday morning, along with Mayor Bill Peduto, McLay said he was leaving to "pursue other opportunities." He said he did not have another job lined up.

"When I entered office I knew what the Police Bureau needed was a reformer. With the indictment and conviction of the former Chief, with community-police relations at risk, and morale among the rank-and-file at an all-time low, it required someone from the outside to get us to the point where we are today. Cam McLay was exactly the person we needed," Mayor Peduto said in a press release.

"Two years ago I came to Pittsburgh inspired by the resilience of this City, its people, and its Police Bureau. I came here because I saw an opportunity to make a difference. I was, and I remain, fully confident that I knew what it would take to create the transformational change required to restore the integrity of the leadership systems of the Bureau of Police," Chief McLay said in the release.

McLay was the first police chief hired from outside of Pittsburgh in 150 years. In a Pittsburgh Magazine profile earlier this year, McLay admitted to Patrick Doyle that he had painted himself and the department “into a corner” by introducing federal training to the police bureau as part of his efforts to reform the department.

“Right now, all eyes in the nation are going to be on what Pittsburgh does in restoring trust and perceptions of justice between police and our communities,” the chief said, smiling. “It’s show time for us. There is only one right thing to do — and that is fix this problem.”