The Buc’s skipper put off hip surgery until the end of the season, enduring months of painful walking both on and off the field. 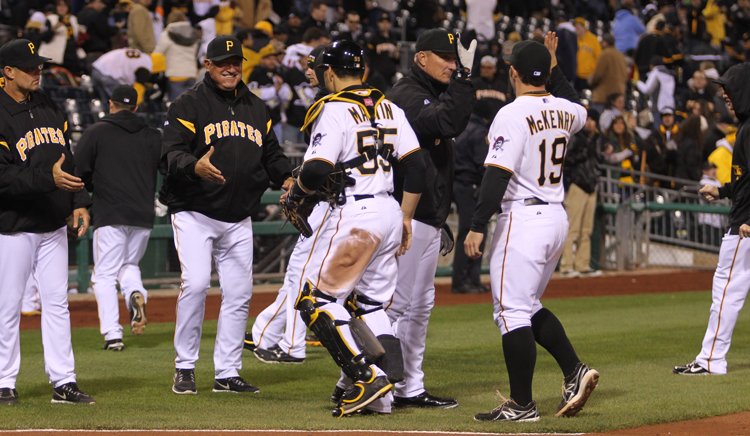 Pirates Manager Clint Hurdle says he is back and better than ever.

“I feel great, no pain whatsoever,” Hurdle told KDKA Radio a month after surgery to replace his ailing right hip. Hurdle said that his gait had gotten so bad by the end of the season that he’s had to learn how to walk again.

In the last few weeks of the season, Hurdle’s pain was so obvious that umpires would meet him halfway between the field and the dugout, just to save him a few, agonizing steps.

The Pirates, Pittsburgh Magazine’s 2013 Pittsburghers of the Year, went 88-74, earning a second consecutive trip to the playoffs before falling to the eventual World Series Champion San Francisco Giants in the wild card round.