Bling doesn't begin the describe these jeweled works of art. 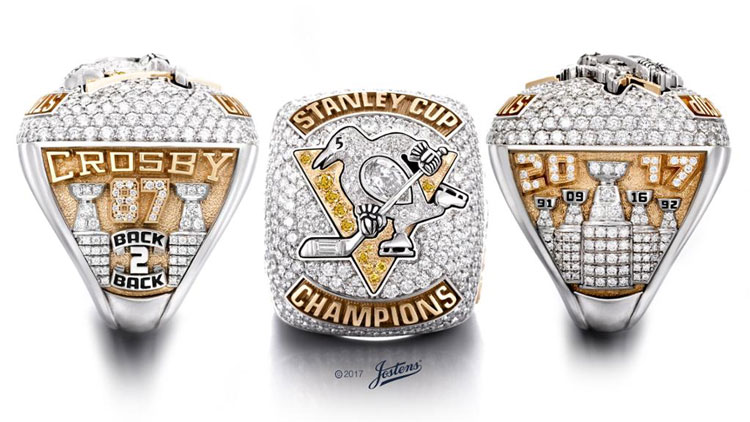 In a private ceremony Monday at the Carnegie Museum of Art, the Pittsburgh Penguins presented championship rings to players, coaches and staff.

Each ring, made by Jostens, is crafted from 14-karat white and yellow gold and adorned with nearly 400 hand-set diamonds.

“The iconic Penguins logo rests atop a yellow gold pavé-set triangle set with 10 dazzling yellow diamonds, creating a layered, three-dimensional appearance. A .75 carat pear-shaped diamond rests in the Penguin's torso, with a subtle number "5" creating its eye, a nod to the franchise's five Stanley Cup victories. A tapered baguette sits in the end of the hockey stick and completes the logo in striking fashion,” according a team release.

The Penguins open the season Wednesday and will attempt to become the league's first three-peat champion in 35 years.