There wasn’t much to be excited about as the playoffs commenced. But an inspired effort in Game 1 established the Penguins have a different narrative in mind against the Rangers. 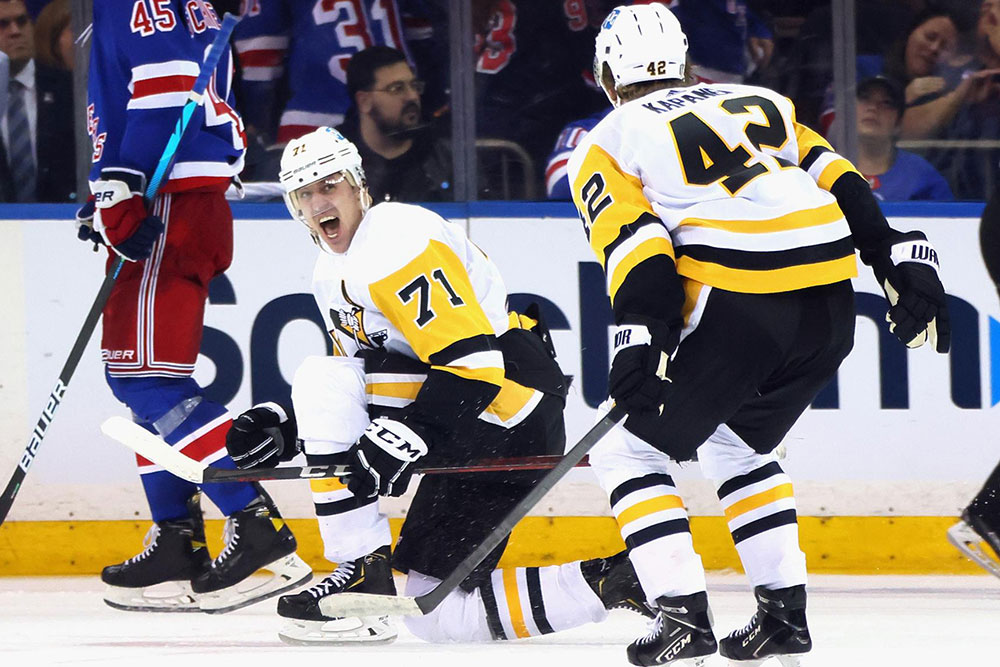 It was just one game, but what we saw in Game 1 has a chance to resonate.

And if it does, Penguins-Rangers has a chance to become a whole new ballgame.

Before the puck dropped on Tuesday night at Madison Square Garden, the Pens’ prospects in Round One of the Stanley Cup playoffs looked much more ominous than optimistic.

They hadn’t played well against the Rangers in the regular season.

They’d stumbled repeatedly in the regular season’s second half, particularly down the stretch.

But just one game into this one the narrative has been changed.

So, too, perhaps, should expectations regarding what the Pens may yet be capable of against the Rangers.

But at least now there’s hard evidence that the path may be navigable after all.

And, last but not least …

So complete was the Penguins’ team effort in Game 1 that even beleaguered winger Kasperi Kapanen played well.

All of the above’s effect on the Rangers included the Blueshirts obsessing over Crosby whenever he had the puck. The Rangers over-pursued and over-defended Crosby at the expense of structure, which created two gorgeous opportunities that Guentzel finished.

So unnerved were the Rangers by No. 87’s mere presence it wouldn’t be surprising to learn they’d had a couple of defensemen follow Crosby into the bathroom between periods.

When you get all of that clicking in concert, it doesn’t matter nearly as much who’s in your net.

Ron Hextall, the demon between the pipes for the Flyers long before he began generally managing the Penguins, may be next.

If the Pens can execute the plan with the consistency, precision and urgency they displayed in Game 1, they’d have a chance even if it came to that.

As it is, they’ve sent a message to the Rangers.

Perhaps they’ve even proven a point to themselves.

Pre-series narratives are fine until somebody wins in triple overtime.

Now that the Penguins have, the preordained suddenly looks like a horserace.