McCullough, the Pittsburgh-born historian and author whose historical works brought the past to life for millions, died Sunday at age 89. 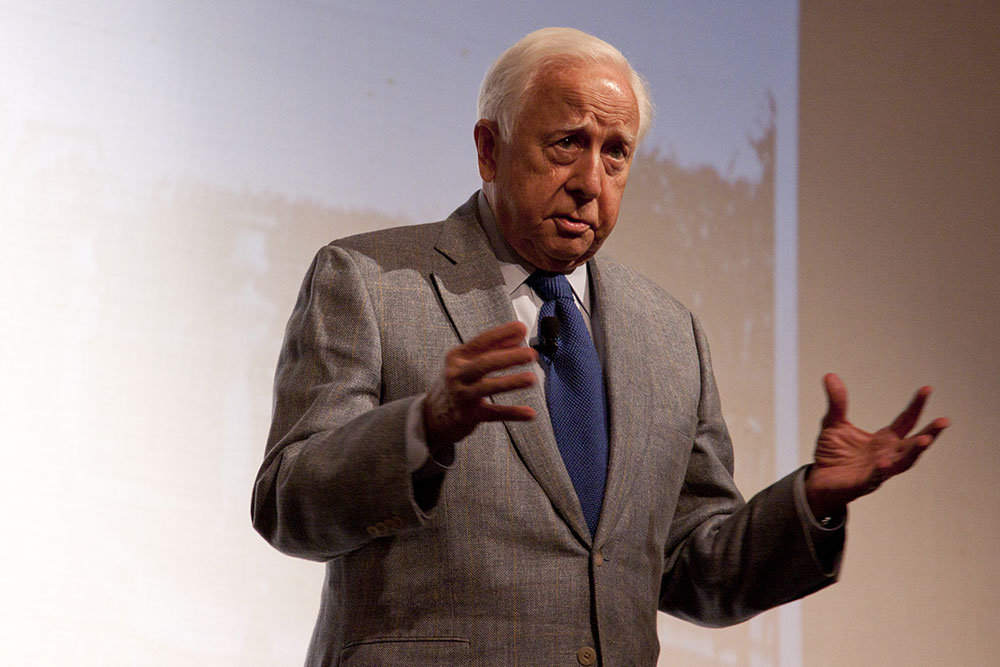 The writer, who last lived in Hingham, Massachusetts, won a pair of Pulitzer Prizes for his biographies of Presidents Harry Truman and John Adams. His 1968 debut, “The Johnstown Flood: The Incredible Story Behind One of the Most Devastating Disasters America Has Ever Known,” revisited the man-made disaster that reshaped wealth and industry in Western Pennsylvania.

Pittsburgh Magazine in December 2018 included McCullough in our list of “The 50 Greatest Pittsburghers of All Time,” ranking him 25th. Associate Editor Lauren Davidson wrote:

There’s no doubt Pittsburgh has a lot of bridges, but you still have to do something pretty incredible to get one named for you.

David McCullough is an author, historian and lecturer with two Pulitzers, two National Book Awards and the Presidential Medal of Freedom under his belt — and the 16th Street Bridge bears his name.

McCullough was born in 1933 in Pittsburgh and grew up in Point Breeze. He attended Yale University, got a job working for Sports Illustrated, then quickly earned fame and prestige with his first book, “The Johnstown Flood,” in 1968.

More narrative histories followed, notably “Truman,” “John Adams” (which won him the Pulitzer and was subsequently made into an acclaimed HBO series) and “1776.” He’s currently at work on “The Pioneers: The Heroic Story of the Settlers Who Brought the American Ideal West,” set to be published in May.

That book was the last McCullough would publish. He also narrated many films and television specials, ranging from PBS’s “American Experience” series to the Oscar-nominated drama “Seabiscuit.”

In a 2019 interview with Boston Magazine, McCullough reflected on the throughline of his life’s work. “Looking back on what I’ve been writing all these years, I’m beginning to see things that I wasn’t necessarily aware of at the time. Much of what I write is about people who deserve more credit than they’ve been given. People like John Adams, people like Harry Truman, the people who built the Brooklyn Bridge, or these people in Ohio that I’ve written about.

“They’ve all been unsung heroes. They’ve all been waiting in the wings for somebody to recognize or remember them. And that’s a great feeling, that you’re pulling them out of obscurity because they deserve it. And they’ve been very patient.”

McCullough’s wife of more than 67 years, Rosalee, died in June. He is survived by five children, 19 grandchildren and two great-grandchildren.