Pittsburgh Is a Character in the Moving, Powerful Movie “Dear Zoe” 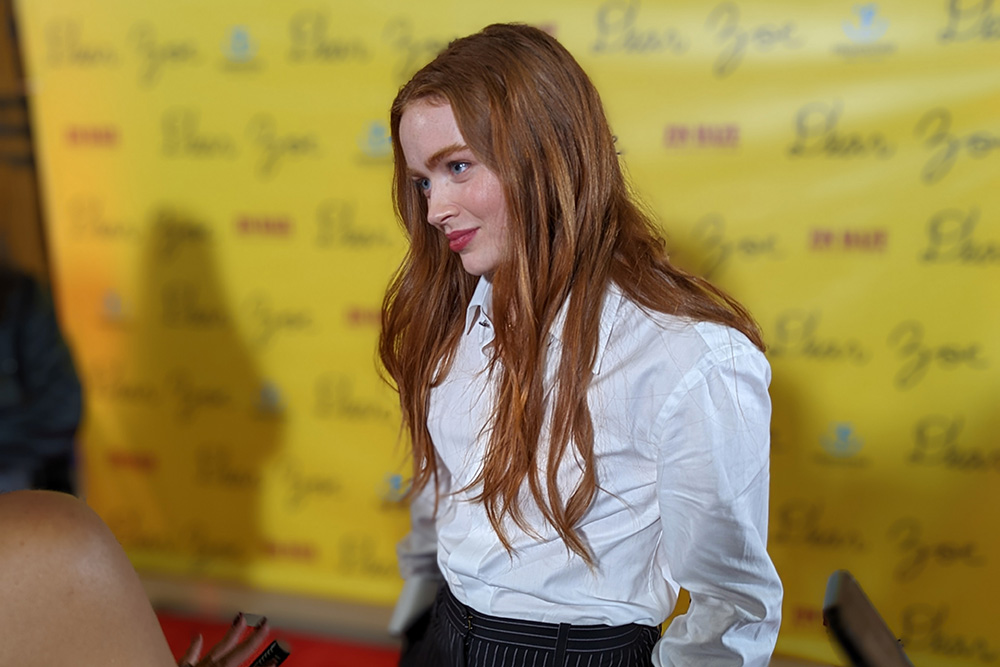 Long sequences are filmed at Kennywood; characters gather at a Steelers tailgate (and yell at the TV during Pirates games). Neighboring Braddock gets a long spotlight. From omnipresent Iron City to post-industrial rust, “Dear Zoe” is a Pittsburgh story.

The film received a gala premiere Wednesday night at the August Wilson African American Cultural Center. Sadie Sink, the film’s star, flew in from a Berlin film set to attend; she says returning to town brought back good memories.

“Pittsburgh’s a really unique, cool city. I think it’s really important that we shot it here since Pittsburgh is such an important character in the film.”

Sink, best known for her breakout role on “Stranger Things,” plays Tess, a 17-year-old grappling with the loss of a much younger sister. As her family struggles with grief, she escapes to the home of her estranged birth father (“Sons of Anarchy” star Theo Rossi) in Braddock. The summer that follows is filled with fun — including, yes, a summer job at Kennywood — and romance, though loss lingers in the background, leaving Tess with frenzied and often conflicting emotions.

“That’s part of being a teenager,” Sink says. “I was 17 at the time we filmed it; it all resonated with me … Definitely a rollercoaster, for sure.”

The film is an adaptation of the novel by the same name, written by Pittsburgher Philip Beard. A lawyer turned author, Beard wrote the novel more than 15 years ago in the early 2000s; a protracted development period eventually led to a Pittsburgh shoot in 2019.

“It’s been so long,” Beard says. “Sometimes I forgot what’s different … there’s a lot of letting go in the adaptation process. You have to think of the film as different from the book. It was difficult at times, but seeing it for the first time … feeling the reaction to it is really gratifying.”

There were plenty of audible tears in the audience at Wednesday’s premiere, as the story clearly resonated with the hometown crowd. It’s a moving tale, easy to get swept up in, as Tess’ struggle will be relatable to anyone who remembers the chaotic emotions of late adolescence.

“It’s a Pittsburgh story,” Sink says. “It shows how families … can overcome a loss and move on — and persevere.”

“Dear Zoe” will play locally at the Oaks Theater and the Manor Theatre — both of which will feature Q&As with the filmmakers at some of this weekend’s shows — as well as Waterworks Cinema, Century Square Luxury Cinemas and Cranberry Cinemas. It will also be available via digital on-demand services starting Friday, which has been declared “Dear Zoe Day” by City Council.