Pittsburgh in a Fog and That's a Beautiful Thing

Photographers willing to brave the pre-dawn morning chill were rewarded in a big way. 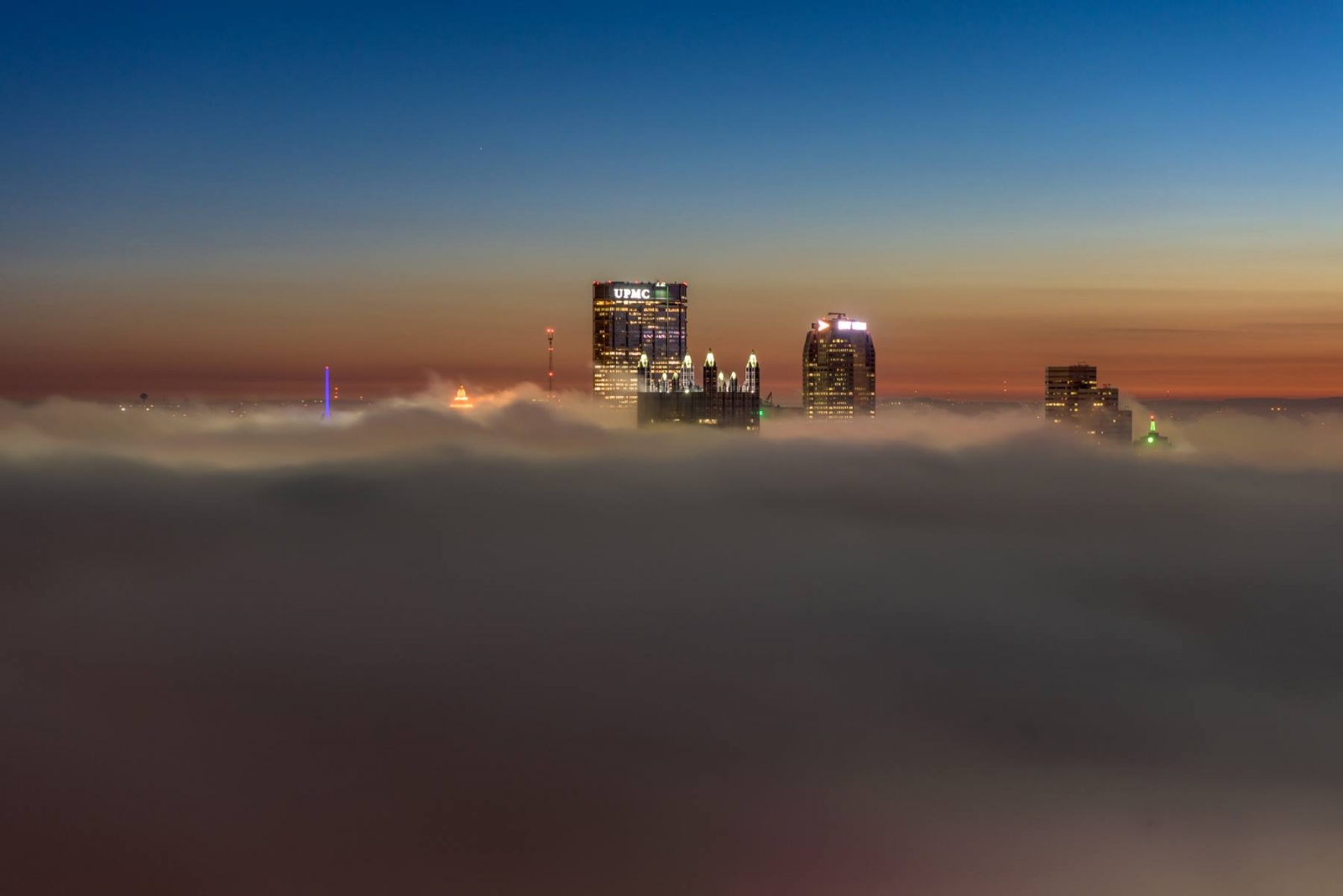 If you felt like you were waking up in a fog Monday morning following a late night of watching the Steelers pound the Colts, you were not alone. From Mt. Washington, it appeared as if the entire city was covered in a thick, white blanket. A photographer and morning TV meteorologist we follow could barely contain their excitement.

Okay…This shot of the fog in Pittsburgh might just be the coolest thing I have ever seen! pic.twitter.com/R03eOAOL2u

@PittsburghMag Check out our shots from the USX Tower! pic.twitter.com/51jsMEvrfd

The tallest buildings in #Pittsburgh rise above the fog this morning as the first light of day creeps into the sky pic.twitter.com/q87TXrzvby

Maybe I can get #SilhouttedFogSelfie to be a thing? Probably not. Can't wait to share these pictures. pic.twitter.com/N6jyjfr36j