Pittsburgh Gets Shout-Out from 249 Miles Up

It seems the crew of the International Space Station had something on their minds as they did a flyby over the three rivers. 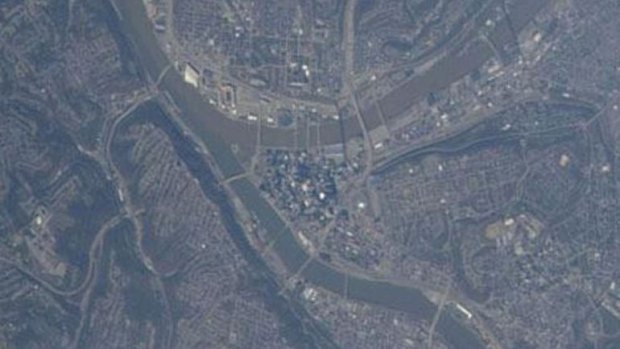 Photo by crew of International Space Station via twitter

Pittsburgh clearly has friends in high places. Friday, the crew of the international space station was over the city, 249 miles up, and decided to send us a tweet. Their river riddle wasn’t much of a challenge, but the picture was a Kodak moment for sure.

.@Pirates, which river does NOT run through your city? Ohio, Mississippi, Monongahela or Allegheny. #ISSPlayBall! pic.twitter.com/QeFgONRHx5

Judging by the hashtag, it would appear the astronauts were hoping to catch an inning or two at PNC Park, alas the Bucs were in St. Louis. Maybe next time.

Twitter followers also have a request for the next visit.