Pittsburgh Flicks and Nightlife in April 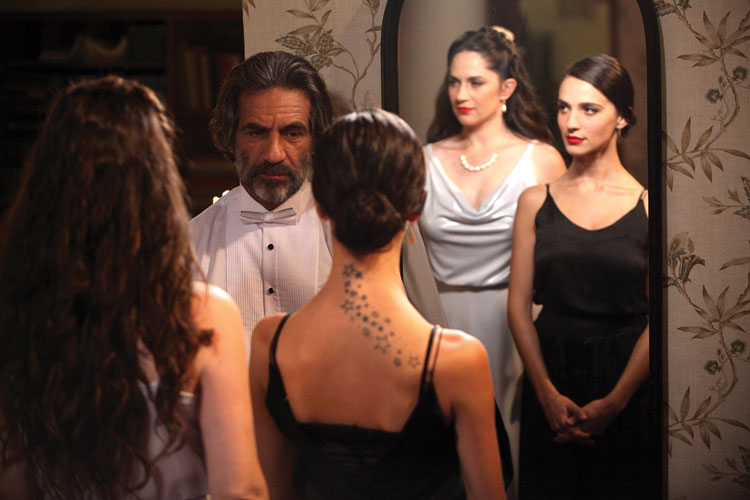 Set within the world of the Jerusalem Philharmonic Orchestra, the 2016 film “Harmonia” updates the Biblical tale of Abraham and Sarah — this is the age of the cinematic remake, after all. He’s the conductor, she plays the harp; they don’t have any children, so maybe a surrogate is in order? It’s a timely yet wry take on the story, says Kathryn Spitz Cohan, executive director of Film Pittsburgh.

“It’s deep and meaningful, but it also has some beautiful music and light and humor in it,” she says. “It’s a little gem.”

“Harmonia” (above) which stars Alon Aboutboul (“The Dark Knight Rises”) and Tali Sharon, will serve as the opening night film for this year’s edition of the JFilm Film Festival (filmpittsburgh.org). Other films confirmed as of press time include: “The Exception,” a post-World War I drama starring Christopher Plummer, Lily James and Jai Courtney; “The Last Laugh,” a documentary about taboo topics in the world of comedy featuring the likes of Mel Brooks, Carl Reiner and Sarah Silverman; and “1945,” which Spitz Cohan calls a “haunting, black-and-white narrative.”

Between 20 and 25 films will comprise the lineup at the 24th annual festival, set for April 20-30 at Manor Theater and other regional venues. Spitz Cohan stresses that the process of selecting the films is not based on one single criteria. “We consider the quality of the film, the theme, the subject,” she says. Geographic variety is also a consideration. “We’re looking at a range of countries. We want to try to avoid showing all films from the U.S. and Israel.” Films speaking to the current political climate — perhaps the most divisive in the history of JFilm — are likely to join the roster.

The Black Political Empowerment Project started in 1986 with the goal of improving voter turnout within black communities throughout Pittsburgh. It has expanded its mission through the years to include initiatives to curb neighborhood violence, encourage community policing, diversify the workforce and help those with criminal records find gainful employment. But the group also has a fun side.

Its best-known cultural endeavor is an annual jazz concert fundraiser, generally held in April, to celebrate Jazz Appreciation Month. Now in its 12th year, B-PEP JAZZ (b-pep.net) is much more than a night of tunes. It’s a marathon, lasting six hours and featuring performances by as many as 75 artists. This year, host bands Roger Humphries & The RH Factor and The Tim Stevens Project will lead the show, which is set for April 17 at the Wyndham Pittsburgh University Center (100 Lytton Ave.; 412/361-2736) in Oakland.