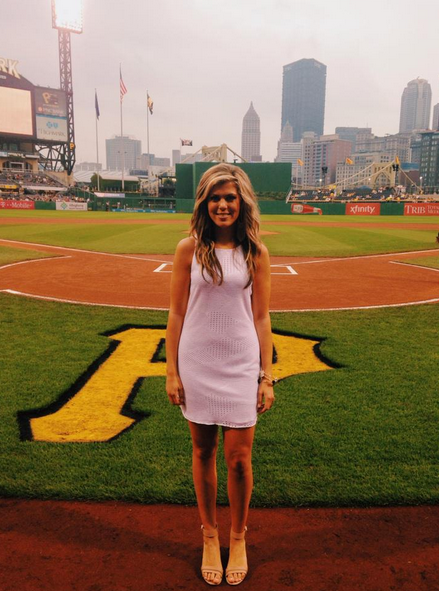 Chris Jamison made it to the finals of NBC’s “The Voice.” Now another Pittsburgh-area singer is hoping to make a similar splash on national TV.

Sydney Hutchko is among the contestants auditioning Wednesday and Thursday on Fox’s “American Idol.”

It will be her second crack at “Idol.” She auditioned unsuccessfully in 2006.

Hutchko lives in Nashville, where she studied music at Belmont University.

Her career includes opening for such artists as Miranda Lambert, Florida Georgia Line, Charlie Daniels and George Jones, according to her website.

An obvious Pittsburgh sports fan, she sang the national anthem before the Pirates vs. Cardinals playoff game 4 in 2013 and recorded this tribute song to the Steelers.

Here’s hoping she has better luck than the Steelers did last weekend.