Pitt vs. Penn State: What You Need to Know

The last time the two teams met at Heinz Field, it was the highest-attended sporting event in Pittsburgh history. While Saturday’s matchup will feature another sellout crowd heading into Heinz Field –– this time they will be competing with Pirates fans heading out of PNC Park. 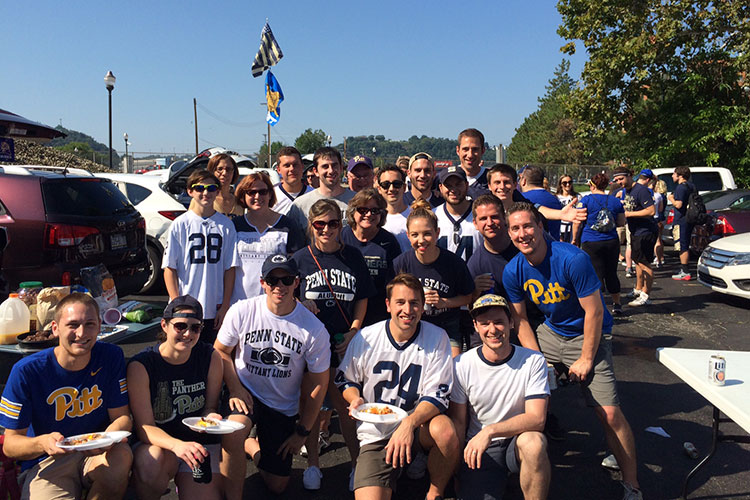 It’s going to be a packed Saturday on PIttsburgh’s North Shore. Though the highly anticipated Pitt vs. Penn State game at Heinz Field won’t kick off until 8 p.m., attendees should be aware of the several changes to parking and tailgating because of the Pittsburgh Pirates’ afternoon game at PNC Park against the Marlins.

If you’re driving to the game:

Fans attending just the football game will not be able to park in their pre-sold lot spots until 5 p.m. Saturday to accommodate Pirates’ fans. Football fans also attending the Pirates game and who have reserved parking can remain in their spots for the football game, as long as they also have a pre-sold Pitt parking pass. Pirates fans without a football parking pass must leave the lots within 30 minutes after the game ends to make room for football fans.

If you can’t forgo the pre-game tailgate, snag a spot now at the Jim Shorkey North or South lots at PPG Paints Arena, Downtown – you’ll be able to park and start your party at 1 p.m. for $15 per car.

Fans also can pre-buy parking at the Carnegie Science Center on the North Side through Parking Panda. A limited number of spaces may be available on gameday for $75 per spot.

Other lots to check out: 1st Ave. Garage, Mellon Garage, Convention Center, Manor Garage, Oxford Garage, Nova Place Garage and Station Square. Spots at Station Square are $7 before 4 p.m. and $15 after 4 p.m. The Gateway Clipper shuttle boats are available for transport from Station Square throughout the day for $12.

Other traffic-related restrictions and recommended routes:

The Clemente Bridge will close starting at 10 a.m. and will only reopen to outgoing North Shore traffic about 40 minutes after the final pitch of the Pirates game. Fans can take the “T” free of charge to and from Downtown, as well as from the South Hills — but remember to leave early because of the expected large crowds.