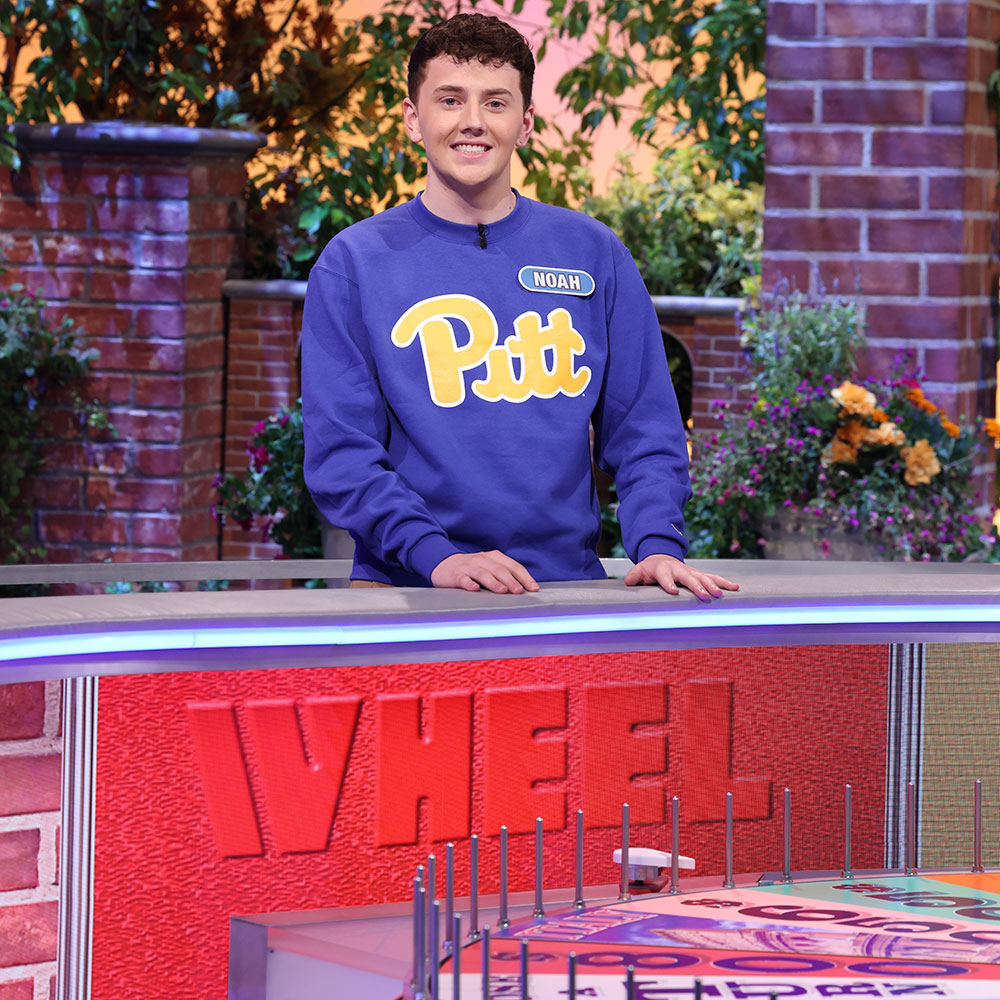 University of Pittsburgh sophomore Noah Stockwell spun his way to the Final Round in a College Week episode of “Wheel of Fortune,” which aired on Thanksgiving Day, and he ended up winning a pretty penny in the process.

Stockwell solved the Prize Puzzle — “Nothing to do, and all day to do it” — which landed him a trip to Maui. He says he started the game with two Toss-Up Puzzle wins — “Music Festival” and “Creative Writing.” He also managed to chime in correctly for two of the three Triple Toss-Up Puzzles in the middle of the game, which were all college-themed (“Fall Semester” and “Semester Abroad.” He says he wasn’t quick enough to solve “Spring Semester”). The Final Round Puzzle that he solved was “Waiting Around,” leaving him with a total of $69,440 in cash and prizes at the end of the 30-minute episode.

For more than 40 years, America’s Game has been broadcast to living rooms across the country with longtime hosts Pat Sajak and Vanna White welcoming families to cheer on contestants.

Applying for the ‘Wheel’

Stockwell, 19, a native of Clinton, New Jersey, sent in a video application to “Wheel of Fortune” at the early stages of the pandemic.

“It was in March of 2020, and I was sitting at home thinking, ‘What’s the weirdest thing I could do right now?’” he laughs. “So, I decided to apply to be a contestant on ‘Wheel of Fortune,’ and sent them a video of myself. I joked around with them, telling them I could be the college student that appeals to older audiences with my love of gardening and the fact that I used to knit. I think they really liked that.”

Stockwell says he forgot he sent the video until he received an email from “Wheel of Fortune” in October 2020, inviting him for a call-back interview.

“The casting director had me with two other contestants on a Zoom call. She shared different puzzles with us to get a sense of our ‘Wheel of Fortune’ skill and if we would be a good fit for the show,” he notes. “A few days later, they told me I was in the contestant pool, and it was just a waiting game from there. They said they would email me two weeks ahead of the episode’s shooting schedule.”

Stockwell flew to California in August with his boyfriend, Aaron; his dad, Mark, met them there. He recalls losing a day when their flight got canceled when they were on the way to the airport. He was afraid he would miss the mandatory COVID test needed prior to filming, but says they made it in time.

On the day of filming, Stockwell and fellow contestants arrived at Sony Studios at 6 a.m.

“When you arrive, they have us warm up and go over the rules on the set of ‘Jeopardy!,’ which is right next door. We didn’t start filming until noon. In those 6 hours, they provide you with food, you practice spinning the wheel and you get to meet the other contestants. That day, they filmed six episodes. So, there were 18 college students there and we had no idea how it was going to work. They pick names from a hat to see who is on which episode and what position you are on the wheel.”

Stockwell admits he had bouts of stage fright while playing the game.

“I felt like I could throw up at any given moment,” he laughs. “In between puzzles, you do get to take a little break where Vanna learns the puzzles and they redo our makeup.”

So, what’s it like spinning the iconic 2,400-pound prize wheel?

“It’s very awkward,” says Stockwell. “There’s a whole technique to spinning it. You have to reach out as far as you can, grab a peg and push off to spin it.”

He said it was surreal to actually be on the set, hear the wheel and see Sajak and White in person after watching the show for years at home.

“Pat and Vanna are wonderful,” notes Stockwell. “I talked to them a decent amount. I was next to Pat on the wheel. He’s really funny, and there are things people don’t see. During some of the breaks, he will lean over and tell us we were doing a great job. Vanna was really sweet. She would come out and talk to the audience, too, and made sure to socialize with everyone.”

After his big win, Stockwell went out to eat with his dad and Aaron.

“Of course, they made me pay,” quips Stockwell. “I just wanted to go to McDonald’s! I’m still spending like a farm boy! But, we ended up going to a barbecue place.”

“I really wanted my grandmother to see me up there,” says Stockwell. “We really kept the win a secret from her. We let her believe I won like $1,000. So, that was a nice Thanksgiving Day surprise for her.”

He says there is quite a bit of paperwork involved in competing on the show, but it is well worth the effort. There are also rules contestants must abide by — they can’t compete on “Jeopardy!” and they can’t run for public office within a year of their air date.

Stockwell’s advice for future contestants: Go with your gut.

“One of the girls who filmed before me told me to call which letters I think are best. I chose a ‘W’ in the final puzzle, which isn’t common. But, I’m glad I did. Definitely choose the letters that are calling out to you, whether in the Final Round or during the game.

Stockwell grew up on a farm in Clinton. He came to Pitt because of the university’s nursing program and its reputation, but also to be closer to Molly, a fifth-year pharmacy major. When he’s not studying, he enjoys anything associated with nature, and is a big fan of Phipps Conservatory in Oakland. He also enjoys finding hidden gems in the city to share with his friends

Stockwell isn’t quite sure what he will do with his winnings, but he’s debating paying off student loans, splitting the money to put a down payment on a car and possibly investing some.

In the meantime, Stockwell will continue to do things that are out of the ordinary.

“This experience reinforced my love of doing things that aren’t typical, things that make great stories. The best thing to do in life is to just do those weird things. You never know what could happen. Who knows, you could end up winning $70,000 and a trip to Hawaii!”