Pitt Forward Kauai Bradley: ‘She is a Playmaker’

The sophomore carries a basketball legacy onto the court. 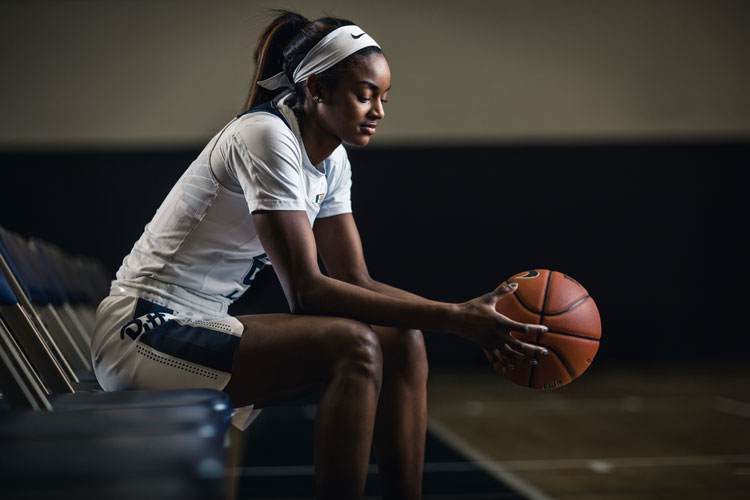 With 11.1 seconds left on the clock at the 2013 Illinois High School Association basketball finals, the Marian Catholic Spartans were trailing the Rolling Meadows Mustangs by a single point. Marian Catholic took control of the ball, putting up frantic, unsuccessful shots with 6 and 3 seconds left in the game.

Then, with only 1.1 seconds remaining on the clock, Kauai Bradley hit a buzzer beater to defeat the Mustangs 48-47 and claim the title. With an ecstatic crowd cheering behind her, Bradley chest-bumped with her teammates, celebrating a rebound that demonstrated her signature tenacity, which is now translating into success as a sophomore forward at the University of Pittsburgh.

“[The buzzer beater] was a big moment for me. In the closing seconds, I got the rebound and put it back up. From there, it was just pure happiness and joy,” she says.
Looking back at the beginning of her basketball career, the Chicago native admits the game was not her first love.

“I was in fifth grade … At first, I was actually a cheerleader and a volleyball player. But I saw a flyer in my school, so I decided I wanted to go out for basketball,” she says.
Despite Bradley’s relatively late start, she says, “It wasn’t hard for me to catch up quickly.”

In Bradley’s family, the urge to play basketball is a common phenomenon. In addition to both of her parents being standout players in high school and coaching the sport later in life, Bradley’s cousin, Maurice “Mo” Williams, ended a 13-year NBA career this year; the elder Williams played for seven NBA clubs, winning a championship with the 2015-16 Cleveland Cavaliers.

“He’s really shown me how hard work pays off. I definitely want to get to that level and keep moving forward,” Bradley says. 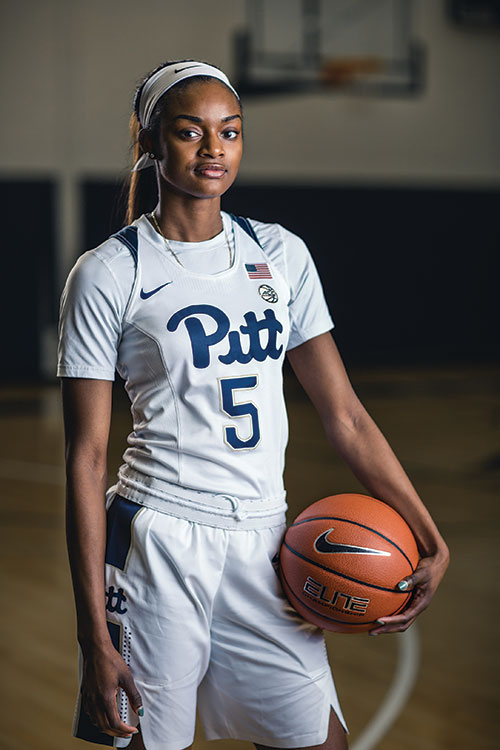 Bradley’s goal is to play in the WNBA, following in her cousin’s footsteps into professional ball. The next step on that journey is putting up consistent and impressive numbers as a member of the Panthers — and so far, Bradley is up to the task.

When she arrived at Pitt last year, she hit the ground — and the court — running. She played in 27 of the 31 games of the season, with a season-high 11 points in the opening game against Wagner.

In the 2016-17 season, Bradley is contributing to an impressive early run. The Panthers had a 7-2 record as of December 9, securing that impressive mark with ample rebounds, assists and 3-pointers.

After a 63-50 victory over Youngstown State, head women’s basketball coach Suzie McConnell-Serio said of Bradley, “[She] is someone who is playing very well at both ends of the floor right now. She is a playmaker, and she is probably the one player on our team who has been consistent, both at shooting the ball at the perimeter at three, getting to the rim to make her own shot and offensive rebounds.”

At press time, Bradley topped the roster in steals and blocked shots. She ranked second in 3-point field goals made and minutes spent on the court and third in rebounds, rebound average, defensive rebounds and assists.

When off of the court, Bradley’s academic focus takes precedent. She says she chose Pitt over Ivy League and Big Ten schools because of the university’s strong reputation in both sports and academics; Bradley’s career goals do not begin and end with the WNBA.

“I do want to be in the medical field. I want to be a pediatrician or an orthopedic surgeon,” she says. “[But] I definitely want to go to the WNBA as well.”

“Stay dedicated. Keep playing. Don’t let anything stop you from your goals. Just focus on what you’re trying to do and go forward with it.”

This article appears in the January 2017 issue of Pittsburgh Magazine.
Categories: Sports