Pirates’ Prospects: Not Hopeless, But Close

We’ve all seen this movie before. We know how it ends. The key will be leaving the theater once we realize we’ve seen enough. 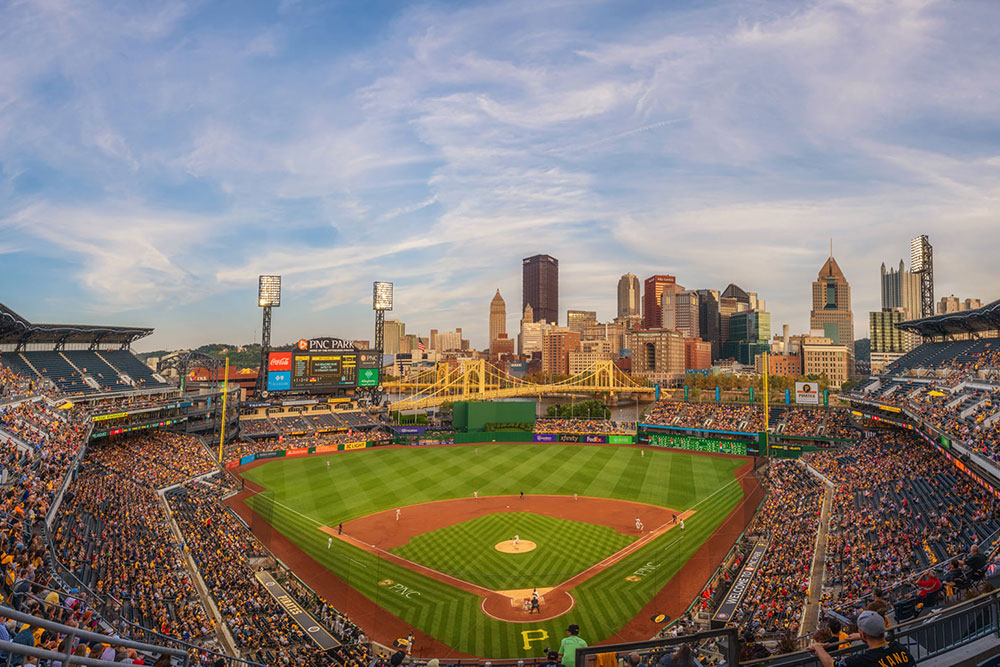 Baseball returned to the North Shore this week, highlighted by the home opener.

Unfortunately for the Pirates, and more specifically for Pirates fans, that has long since degenerated into “Groundhog Day”.

It was still a party on Tuesday afternoon, a spectacular occasion to not be at work and to instead down a few mid-afternoon cold ones, listen to Joe Grushecky perform the national anthem and watch Joe Manganiello throw out the first pitch.

Alas, it’s a long way from the home opener to October.

And if this season plays out as anticipated locally and nationally by fans and analysts alike, most if not all of us will have long since stopped paying attention by then.

The new names on display for the first time in front of the home fans included Daniel Vogelbach, Jake Marisnick, Roberto Perez and Jose Quintana. The news the organization has been generating of late continues to be mostly about details of how Nutting doesn’t spend money, even in the wake of the record eight-year $70 million contract extension for Ke’Bryan Hayes, the Pirates third baseman.

And the hard-sell company line remains focused on the enhanced beauty of PNC Park, the periodic lighting up of the nighttime skies via fireworks and the much-anticipated Kiki Cuyler Bobblehead Night (they’re not actually having one of those, but you get the idea).

So now that the excitement of opening day has faded — that didn’t take long, did it? — now that Manganiello is presumably back in L.A. and Grushecky has gone back to pumpin’ iron and sweatin’ steel, what’s a Pirates fan to do?

They lost 101 games last season, but it took a little while for them to fall completely off the cliff. The Pirates were 1-2 after three games, just as they were this season. They actually had a winning record as late as April 27, at 12-11 after beating Kansas City. And they were still a manageable, if not desirable 9.5 games out of first place on May 27, even at 18-31.

Anyone showing up after that was clearly only in it for the bobbleheads. How quickly they reach the point of no return this season remains to be seen.

The Pirates lost the home opener, 2-1, but they beat the Cubs on Wednesday and improved to 2-3 heading into this weekend’s four-game series against the Nationals. And when the Washington series began there were only 157 regular-season games remaining. Can the Pirates get us to Memorial Day? To Flag Day (June 14)? To the start of Steelers training camp in late July?

Remaining relevant until the NFL Draft on the last weekend of April is probably a more reasonable goal. But part of the beauty of baseball is you never know. And while that might not be much for those with baseball in their DNA to hang their pillbox hat on, it’s what we’ve got.

It’s all about lowering expectations, something Pirates fans ought to be well coached and well conditioned to embrace by now. It’s either that or continue to bang your head against the wall, even after you’ve long since tired of the headache.

Grushecky may have even written a song about it, a sad, nostalgic ballad about what once was but seemingly never will be again. If not, he should probably get right on that.

Ask his buddy Bruce Springsteen for a little help with the chords or the chorus if necessary. In the wake of the home opener, Pirates fans need all the help they can get.