Poll shows that the pickle-themed event is a “big dill.” 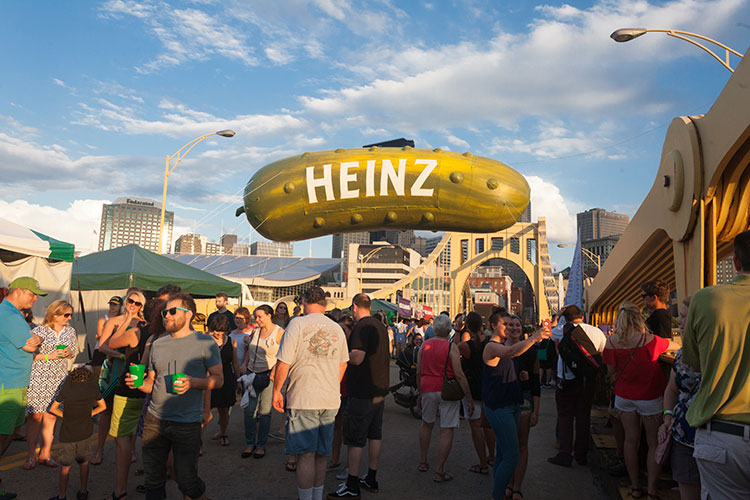 PHOTO BY RENEE ROSENSTEEL FOR THE PITTSBURGH DOWNTOWN PARTNERSHIP

After the final round of voting, Picklesburgh was named the Best Specialty Food Festival in USA Today’s 10Best Readers Choice Awards. Dubbed “The Destination for All Things Pickled,” the Pittsburgh event won the top spot for the second year in a row.

“We are ecstatic that Pittsburghers continue to champion the Picklesburgh event,” Jeremy Waldrup, president and CEO of the Pittsburgh Downtown Partnership, says in a news release. The Downtown Partnership produces the free July event, which started in 2015. “The support for it has been unprecedented, and this second win shows how passionate the city is about this event staying on top.”

The editors teamed with a group of experts to determine the initial list of nominees then opened the polls for voting.