Phantom Thread Is, Somehow, Both Unpleasant and Lovely

Reviews of "Phantom Thread," "Call Me By Your Name," "Den of Thieves" and new animated releases, plus local movie news and notes. 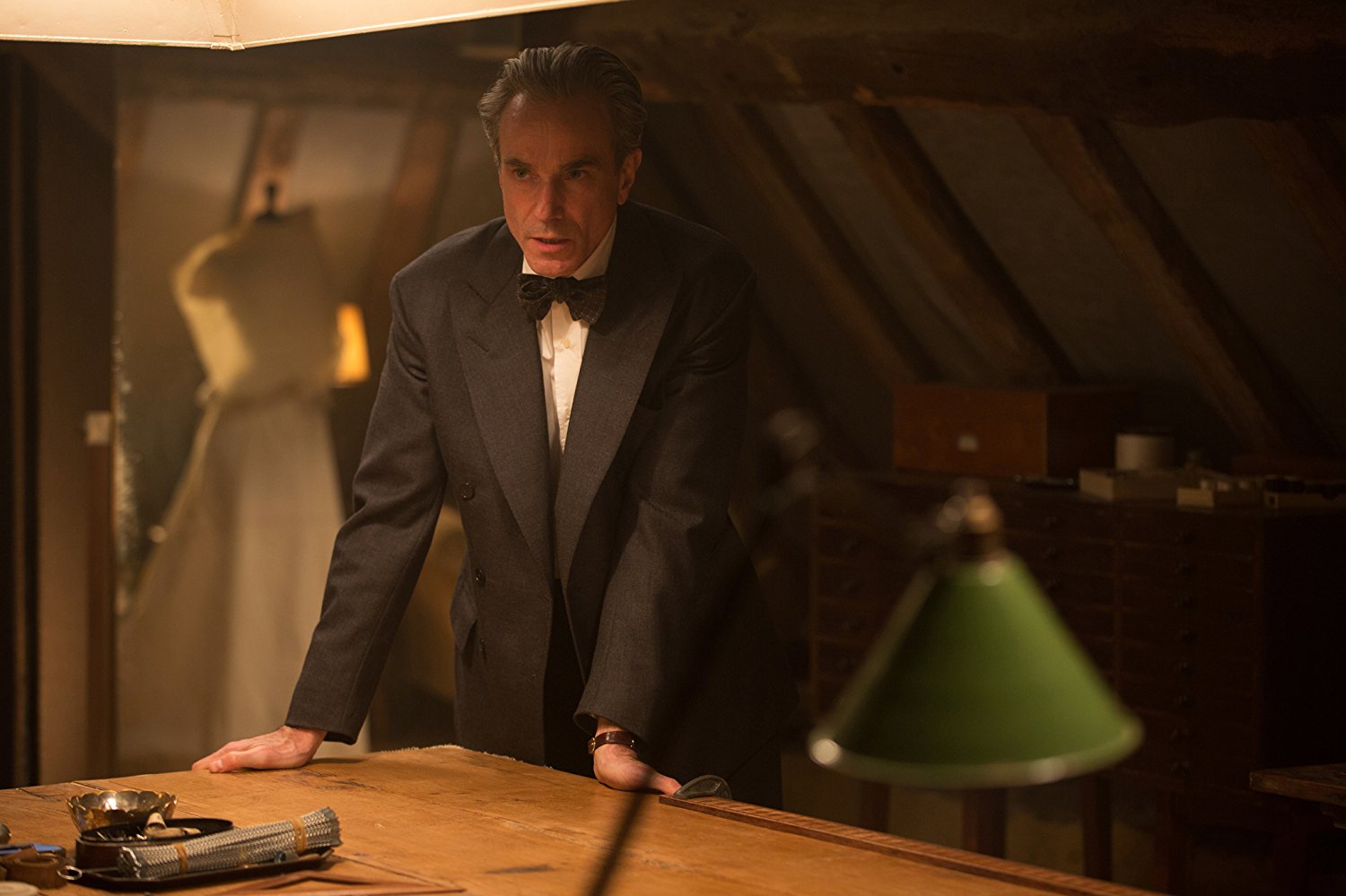 It has all the bona fides of an artful, awards-soaked masterpiece: A singular and thoughtful director, Paul Thomas Anderson; an always-lauded star, Daniel Day-Lewis; moving and attention-grabbing turns by a fine supporting cast, including Vicky Krieps and Lesley Manville; a visually rich and socially tense setting (high-society London in the 1950s); and a stellar score by Jonny Greenwood.

And yet: The main thing I thought while watching was, “Boy, I hate this movie.”

Day-Lewis plays the indefensibly named Reynolds Woodcock, a couture dressmaker catering to royalty and those close to it. He is fastidious, meticulous, idiosyncratic and particular — in other words, an insufferable jerk — and his house is run to his whims by his doting sister, Cyril (Manville).

These whims include a rotating list of romantic partners, who Woodcock treats as little more than sentient mannequins. When a particularly willful lover (Krieps) tries to assert herself as more than the body under the dresses, the venerable house of Woodcock (no really, they say that phrase a lot) is thrown into psychological and practical disarray.

This does lead to one absolutely electric scene, a sociopathic showdown between Day-Lewis and Krieps; it’s perfectly played and expertly conducted. But the heart of the film, lovely though the presentation may be, is yet another story of a male tyrant acting like an utter louse to the doting women around him — and we are expected to be engaged as they retreat, chapfallen, into the shadows, only to come back and worship the so-called tortured genius anew.

It is certainly the wrong film at the wrong time right now, and moreover, it’s a story that never needs to be told again. The considerable grace and beauty in the filmmaking of “Phantom Thread” can’t quite overcome its terrible story.

Tuesday morning, the Academy Award nominations will be announced. When the list of films vying for Best Animated Feature is revealed, you can be sure that two (if not three) of the contenders will be screening at Row House Cinema as it hosts a week of New Animated Films.

My personal favorite of the four-movie crop, however, is the one I’m fairly certain will not be on the list; it’s just too bizarre. “Birdboy: The Forgotten Children,” a dark and uncanny fantasy from Spanish filmmakers Alberto Vázquez and Pedro Rivero, is “Animal Farm” by way of “Johnny the Homicidal Maniac.” It follows a group of anthropomorphized animal children as they navigate a post-apocalyptic wasteland, dealing with troubles ranging from parental neglect to drug addiction to vicious, garbage-loving rats to street violence to the insistent love of a needy alarm clock. There are moments of absurd humor, but many more of gruesome and shocking despair, rendered in a nightmarish yet unforgettably striking style. “Birdboy” is not for the faint of heart, but animation aficionados must seek it out.

“Coco” and “The Breadwinner” are definitely going to be nominated; “Mary and the Witch’s Flower” could well join them. All four films are worth your attention.

I’m not willing to be a dissenting voice on “Call Me By Your Name,” the beautiful romance from Italian auteur Luca Guadagnino. The film, which stars Timothée Chalamet and Armie Hammer as young lovers in 1980s Italy, is heartfelt, careful and always gorgeous. I liked it a good bit.

I do, however, find myself in the position of thinking that the hype for the film is perhaps a bit much; it is a very pleasant movie to watch, just one where little happens and less is consequential. Chalamet plays Elio, a 17-year-old living with his parents in the Italian countryside; his father (Michael Stuhlbarg) is a professor, and a research assistant (Hammer) will be spending the summer at their quaint home.

The film is a master class in how to present a slow-burn romance, and the direction and cinematography (by Sayombhu Mukdeeprom) are very fine. I was more of a fan of Guadagnino’s prior effort, “A Bigger Splash,” however, which shared this film’s pastoral beauty but had far more drive and purpose.

I wouldn’t dissuade anyone from seeing “Call Me By Your Name,” which will inevitably be called a half-dozen times when the Oscar noms are read, but I wouldn’t tell anyone to run out and see it, either.

In light of all that, who’s looking for a shoot-em-up action spectacle? Some people, for sure. For them, there’s “Den of Thieves,” a heist movie within a symphony of gunplay from first-time director Christian Gudegast. Gerard Butler leads a team of elite cops against some high-profile robbers led by Pablo Schreiber, Curtis “50 Cent” Jackson and O’Shea Jackson Jr.; they’re trying to rob the Federal Reserve, the cops would very much like to stop them, you get it. Jackson emerges as the clear star, and the heist sequence works out well enough. The film is far, far too long (two hours and 20 minutes) and feels like it was cooked up after a marathon “Grand Theft Auto” session, but it’ll suffice for those who need some swearing and shooting to get them through the winter.

The Montage: Out but not reviewed here (I know, there are even more): The most Nicholas Sparks-looking movie not based on a Nicholas Sparks novel, “Forever My Girl,” which has not been receiving warm reviews, and the war drama “12 Strong,” with Chris Hemsworth, Michael Shannon and Michael Peña … A very impressive evening is set for this Tuesday night at the Mattress Factory, as Chamber Music Pittsburgh presents a screening of “The Music of Strangers: Yo-Yo Ma and the Silk Road Ensemble,” plus a performance by the local chamber ensemble AppalAsia and access to the museum’s exhibits, all at pay-what-you-can pricing … I’ll have a report on the ownership struggle concerning the Hollywood Theatre on the site tomorrow; meanwhile, though, the theater will host the 19th Annual Animation Show of Shows all week.