The Pez dispenser is a pop-culture icon. First of all, “Pez” is one of those inherently funny words. And the dispensers are, let’s face it, a funny product. Is there an odder way to deliver a candy than by gripping a character’s head, tilting it back and having that candy eject from the character’s throat? Yum!

But the candy isn’t the highlight of the Pez experience. It’s clearly that clever, colorful, quirky and highly collectible dispenser. Dan Braddock, of Beechview, is one of those passionate Pez collectors. 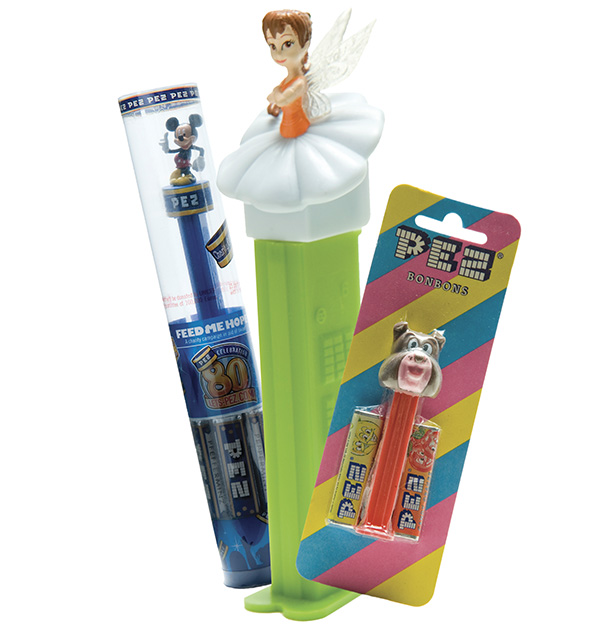 When showing highlights from his collection of 500 Pez dispensers, Braddock concentrates on the sentimental centerpiece, the dispensers gifted to him when he was a kid: Daffy Duck, Tweety, Spiderman and Batman. “I come from a family of collectors, and we still go to flea markets together,” says Braddock, who works for KDKA-TV and WPCW-TV as a marketing manager and producer of “Hometown High-Q.”

While collecting Pez dispensers is not unusual, Braddock is more than a casual collector. He’s attended Pez-collector conventions and is a student of Pez history. “Pez was invented in the late ’20s in Austria,” Braddock says, “and the first Pez candies were peppermint breath mints.” The word Pez, in fact, is derived from “pfefferminz,” the German word for peppermint. The dispensers we see in the U.S. today are manufactured in Orange, Conn.

Braddock shows the differences between some earlier Pez models, which do not have feet at the base, compared with the footed models introduced in the mid-’80s. He discusses some of the only Pez designed to look like real people (the family from the TV show “Orange County Choppers”), “test pieces” (some glow in the dark), “misfits” (a line of pieces in uncommon colors), box sets with likenesses of Elvis, “Star Trek” characters and characters from The Wizard of Oz.

Most of Braddock’s Pez picks come from flea markets, garage sales and stores such as Groovy on the South Side, and he estimates about 30 percent come from eBay. 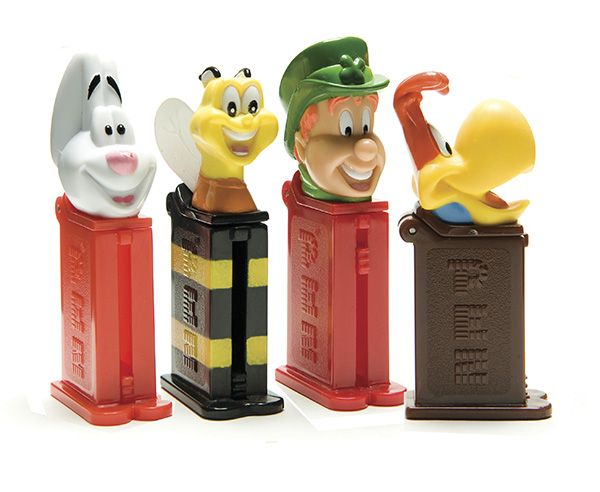 How much value is in a Pez dispenser? Sometimes quite a lot. “It’s all based on rarity,” Braddock explains. “Some go for thousands of dollars. But you can usually get them very cheap because most people really don’t know the value of what they have.” Although he’s uncertain, he says his most expensive piece is worth “a couple hundred dollars.”

But Braddock collects for the fun of it. “I’m just a giant kid who loves plastic toys,” he says.

This article appears in the April 2010 issue of Pittsburgh Magazine.