PM's Content Coordinator admits that a long-distance relationship with someone only two miles away feels odd, but also feels good. 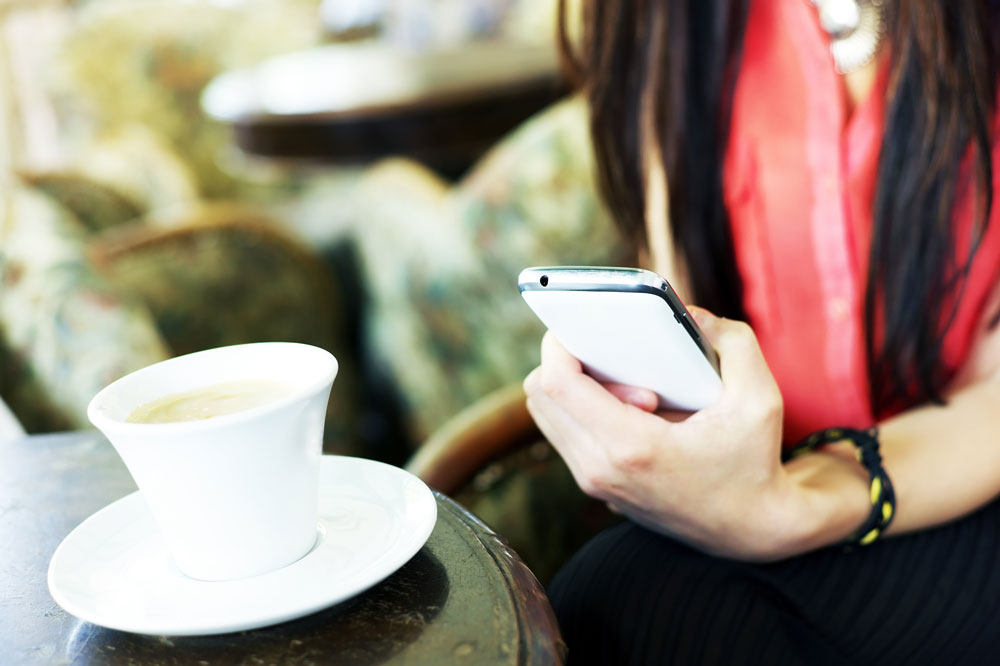 A little more than a month before stay-in-place orders were issued, my partner broke up with me. I went through the stages of grief, twice for good measure, then cautiously ventured back onto Tinder.

Within a few weeks, I remembered why I don’t like being on the dating app. The quick judgments and typically shallow, performative conversations aren’t how I like interacting with people, so I stopped. Then quarantine began. In my more lonely and vulnerable moments, I considered reaching out to my ex. But we broke up for a reason, and I knew reaching out would just make the breakup harder.

So I got back on Tinder.

I swiped through a couple of profiles before Tyler’s popped up. Same name as an ex — not ideal — but cute first photo: he was sitting on a steep hiking trail, looking tired but satisfied. His other photos included friends, which was a good sign. His bio said he was into fitness and martial arts, the first of which I enjoy and the latter I’ve been interested in learning more about. And, I have to admit, I found him incredibly pretty.

We matched on March 31 and chatted for a bit about the list of hobbies in my bio, video game recommendations and Pittsburgh sites to see once things reopened. The conversation was going well and I was growing weary of the uncertainty of conversations on Tinder, so I gave him my number and suggested that we do a video call date.

The first date was pleasant, if the method was a little weird. But once the call started, the conversation felt comfortable in a way that I rarely experienced with in-person first dates.

There was no pressure to figure out if he was expecting a hookup, which left us with a chance to talk and get to know each other rather than talking around the question, “So … what are you looking for?” We were either going to call again, or we weren’t.

We called again three days later. We watched “Snowpiercer” through Netflix Party, a new feature that allows you to watch the same content on Netflix at the same time as someone else, pausing at times to chat and go off on tangents. Our dates fell into a Wednesday and Saturday routine. We watched “Flavors of Youth,” “The Matrix,” “Ip Man” and the first 15 minutes of a John Mulaney special — we’re still working on that one.

After our first few dates, the reality of our situation sank in. What we saw on our screens was all we were going to get, indefinitely. But while I miss physical intimacy, its current absence sparked the realization that it was often a form of distraction in my other relationships, used to obfuscate issues in communication until they bubbled over into fights or breakups.

With Tyler, if we wanted our burgeoning romance to progress, we had to propel it by solely talking to each other, by figuring out if our communication styles were compatible, by sharing intimacies other than physical ones.

He told me that my literary interests made him pick up reading again. So we read “Pachinko,” by Min Jin Lee, texting each other reactions and discussing our Asian heritages along the way. I’ve been keeping him apprised of my progress with Duolingo Chinese lessons, and he started using Duolingo to practice Korean, so we send each other funny practice sentences and keep Google Translate open on our phones as we text.

One of my coworkers commented that we must really like each other to keep this going without any promise of an in-person meeting. And I’ll admit, a long-distance relationship with someone only 2 miles away feels odd. But it also feels good to have someone to talk to, to share stresses with as well as laughter.

With every relationship I’ve been in, I’ve gotten better at being in relationships. While this one is especially strange to navigate, doing so has become a rare thread of happiness winding through this quarantine.

Kimberly Rooney is the Content Coordinator of Pittsburgh Magazine. She is a Chinese adoptee from Jiangsu Province, and her writing also appears in The Offing and The Jellyfish Review.