Perspective Not a Prerequisite for Passionate NFL Fans

Whether in Pittsburgh, Green Bay or anywhere else, most passionate football fans will tolerate almost anything, except of course, losing. 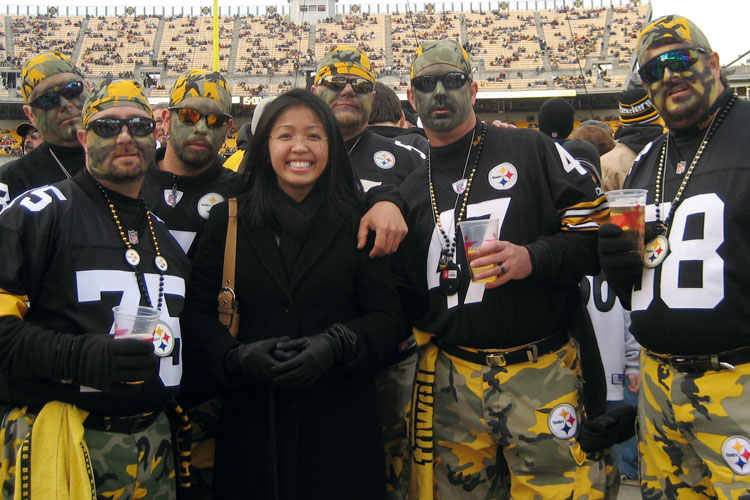 The colors may change, their passions are the same.

Take the two women who were catching a smoke outside of a bar in Latrobe a couple of weeks back during the final days of Steelers training camp.

They were decked out in Steelers gear and they were, of course, talking Steelers.

Why wouldn’t they be?

The topic was Antonio Brown.

The second one nodded in agreement.

Brown is, indeed, in love with himself, at times insufferably so, and with the attention being ‘A.B.’ generates.

But when you play the way he can, you can get away with just about anything.

If you can stretch the ball across the goal line against Baltimore, all is at least tolerated if not forgotten.

Failure to deliver what’s demanded, conversely, is an unforgivable sin.

It doesn’t matter if you’ve done it before; what have you done for me lately?

That point was driven home last week in Green Bay.

The setting was an old-school watering hole, old-school enough to have a picture of Bart Starr on the wall rather than Brett Favre or Aaron Rodgers.

A question was posed to a couple of Packers Backers, mostly in jest.

The response was startling.

“You guys want him back?”

We might as well have been in Blawnox talking about Mike Tomlin.

McCarthy has been in Green Bay for 12 seasons, and to the playoffs nine times. His 121 regular-season wins are tied for 30th on the NFL’s all-time list (with the great Mike Ditka). McCarthy’s career wining percentage of .633 is 20th in NFL history, and he’s won a Super Bowl.

Tomlin’s 11 seasons with the Steelers have included nine postseason appearances. His 116 all-time wins are tied for 33rd (with the great George Allen), and his career winning percentage of .659 is 15th in NFL history. He’s also won a Super Bowl.

Tomlin’s also lost one, Super Bowl XLV to McCarthy and the Packers, 31-25, at the conclusion of the 2010 season.

Neither has been back since, despite having a franchise quarterback at his disposal to lead the charge.

There are those in Pittsburgh and in Green Bay that find such a progression unacceptable.

Did Bill Belichick get criticized this offseason in New England?

Absolutely, he did (you can bench Malcolm Butler, just don’t lose to the Eagles in the Super Bowl in the process).

There are, of course, exceptions to every rule.

I met a couple on Sunday at Heinz Field.

Whitney and Michelle White are what you might call die-hards. Whitney, a Clearfield native, moved to Sanford, N.C. eight years ago and eventually met Michelle, a native of Alabama who, as luck would have it, was also a Steelers fan.

Last season, the happy couple attended every Steelers game –– preseason, regular season and postseason, at home and on the road.

All that travel can be arduous, but it’s never a bridge too far.

“You can see I have a walker,” Michelle pointed out. “There are days I can’t even stand on my feet. And I’ll sit on this thing and he’ll push me.

“We’re getting to the game.”

The couple’s justification for such an investment: “We’re spending the inheritance so the kids won’t have anything to fight over.”

No wonder they’re doing it again this season.

Their joy was absolutely overflowing as they told their story, just back from Green Bay and just prior to a night practice that had been opened to the public at Heinz (not the game, we’re talkin’ about practice).

And not once did they complain about last January’s playoff loss to Jacksonville.

“We’re looking forward to Cleveland,” and the regular-season opener in September, Whitney insisted.

“And we’re going to keep on going from there.”