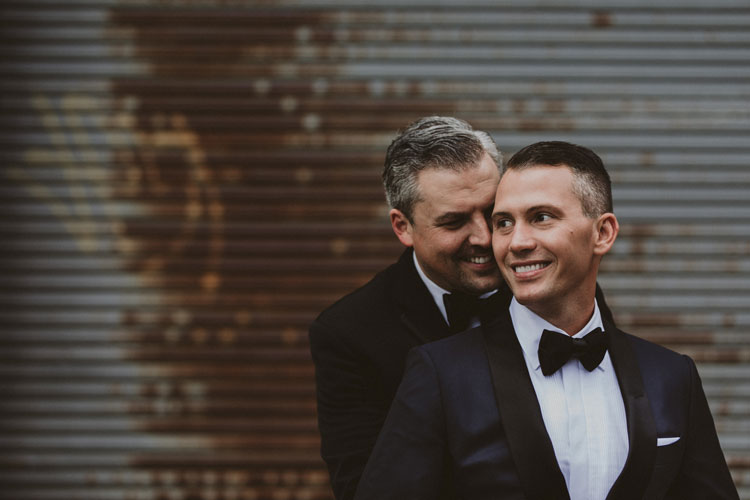 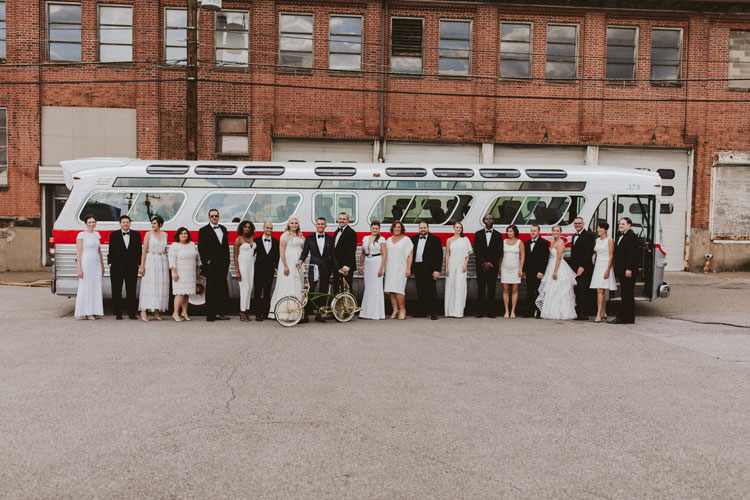 When David Met Ryan.
David Shipley and Dr. Ryan Bierkortte were introduced via OkCupid, which promised they were 98 percent compatible and only 2 percent enemy. That number was the highest compatibility either of them had, so they figured they should give it a shot.

Their first date was on Feb. 15, 2014, a day that is also known as anti-Valentine’s Day. The pair met at Ten Penny Downtown.
“I intended on only staying for a drink or so,” David says. “We ended up staying there talking all night long, getting food and staying there until midnight.” 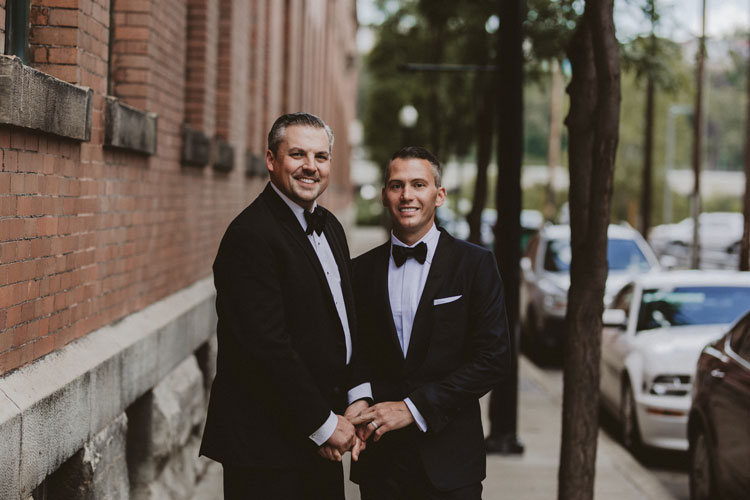 He Said Yes.
David loves planning surprises for his family and friends, so his proposal to Ryan was naturally an elaborate affair. David arranged a series of Christmas presents under their tree to “gift” individual components of Ryan’s secret trip — plus another surprise. The last box that Ryan opened had a picture of a ring inside, paired with the question, “Will you marry me?” David was on one knee with the ring in his hand. 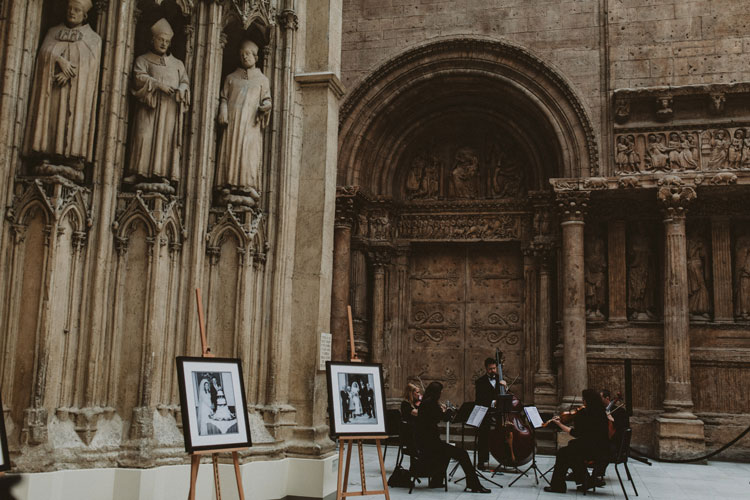 The Big Day.
Prior to the ceremony, where a string quartet played in the Hall of Architecture at the Carnegie Museum of Art, guests were offered a Veuve Clicquot Champagne bar. Family wedding photos were incorporated on easels throughout the space “to add our family’s architecture into it,” David says.

The day was also inspired by Ryan’s love of Beyonce. Their 11 bridesmaids got to pick out their own white dresses as an homage to Solange Knowles’ wedding, and Ryan rode into the reception on a custom lowrider bike from Beyonce’s “Blow” music video. Ryan also loves flowers and gardening and had envisioned getting married under cherry trees, so the couple worked with their florist to create spectacular, tall white and peach florals.

David had always envisioned his wedding day as a black-tie affair, but he wanted to give his guests the freedom to mingle throughout the night with a cocktail-style reception.

“We wanted to give this informality to a formal session,” he says. 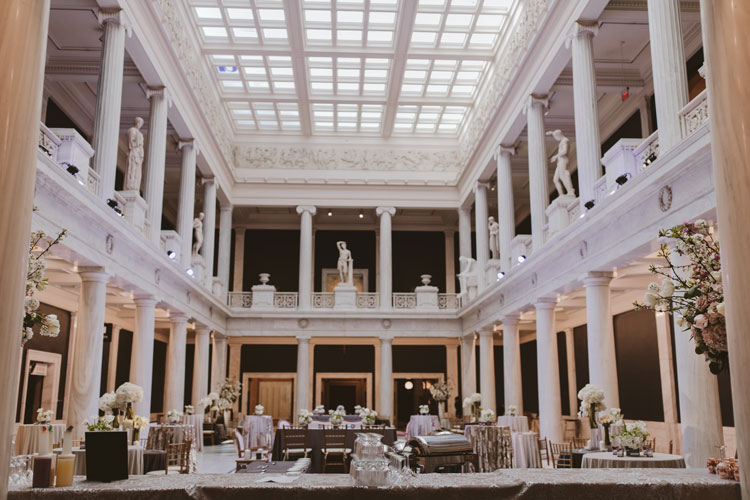 Happily Ever After.
David, 39, works with Mylan pharmaceutical in their strategy department, and Ryan, 32, is a psychiatrist in an inpatient unit at Forbes Hospital. The couple honeymooned in Negril, Jamaica, where Ryan had done a medical mission trip during his residency. While David says that he is usually the planner between the two of them, Ryan took the reins for their honeymoon.

Afterward, the couple returned to their Allison Park home where they have two dogs, about 15 chickens and 100,000 bees, as the couple have recently started a new hobby as beekeepers. 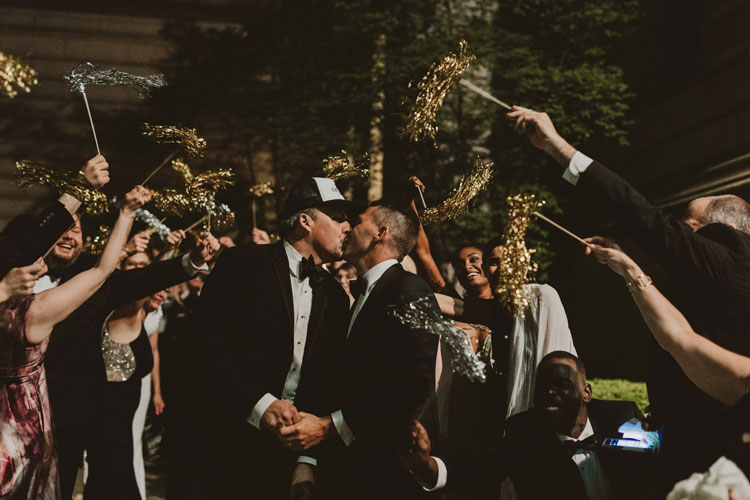