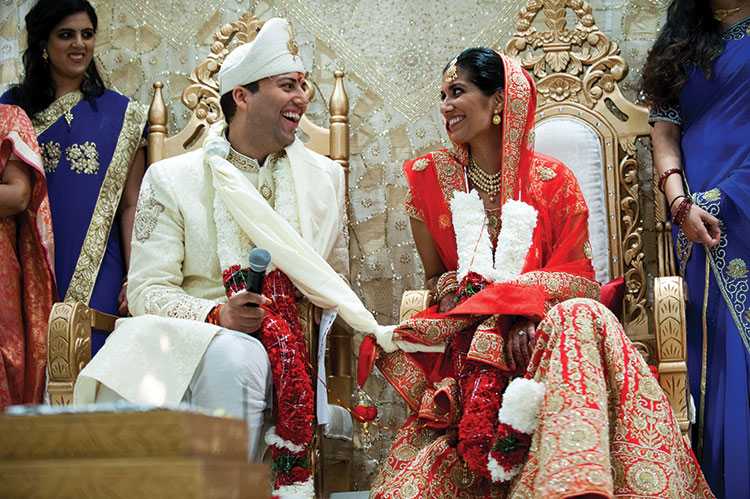 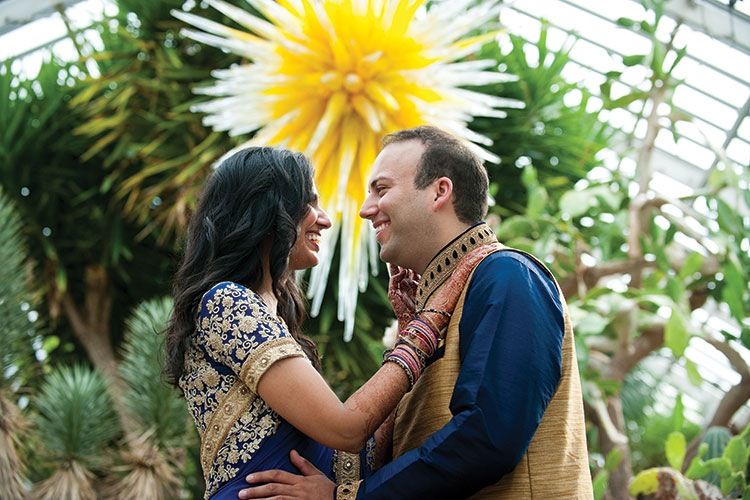 When Kailash Met Shalini.
The early days of any medical career involve long hours, late shifts and limited free time. Yet doctors Shalini Dave and Kailash Lal knew their relationship was well worth pursuing in the midst of so much work.

The couple met while studying at Philadelphia College of Osteopathic Medicine.

“We really hit it off and ending up matching in the same area [in Philadelphia] for residency so it worked out well,” says Shalini, originally from Upper St. Clair. “We really got each other. With the shared medical background, we were able to be very supportive of one another.” 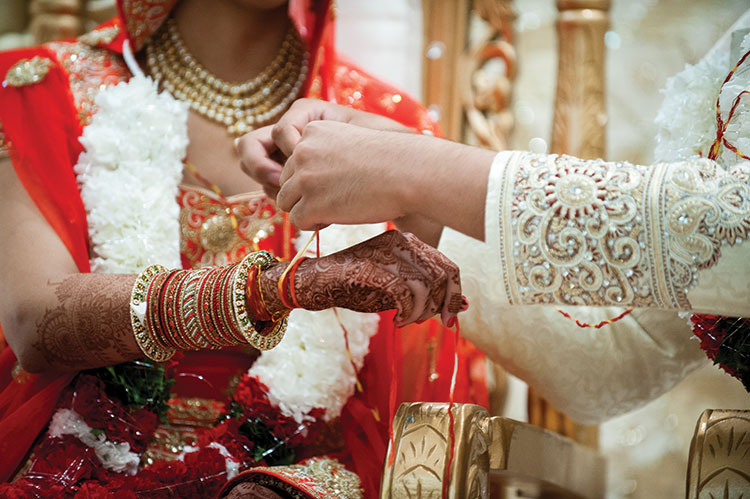 She Said Yes.
Finding time to be together became a bit tricky when they were both in the call-heavy years of their residencies. The stars aligned one spring evening, and Kailash suggested a walk around Philadelphia followed by a rare dinner out. Shalini had no idea his suggestion was anything but impromptu. When they arrived at the M Restaurant, roses awaited them at the table — as did a special menu with the words “Will you marry me?” printed at the top. 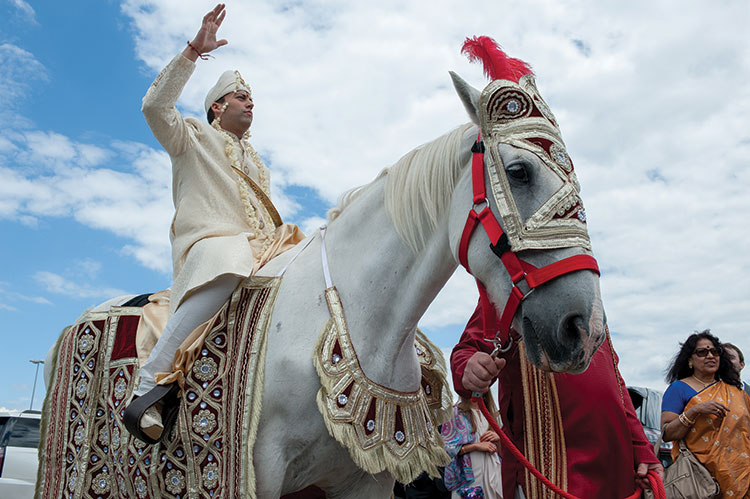 The Big Day.
The marriage was a multiday celebration of both their union and shared Indian culture. Festivities began with a henna party for friends and family on Thursday, followed by dinner and dancing at Phipps Conservatory and Botanical Gardens on Friday. The ceremony and reception, held at the Hyatt Regency Pittsburgh Airport on Saturday, featured traditional Indian attire and food from Taj Mahal restaurant.
“It was really nice that so many of our friends and family were able to come,” Shalini says. “So many traveled from far away, places like Australia, India and all over the country. It was nice to have all of the people we love in the same place at the same time.” 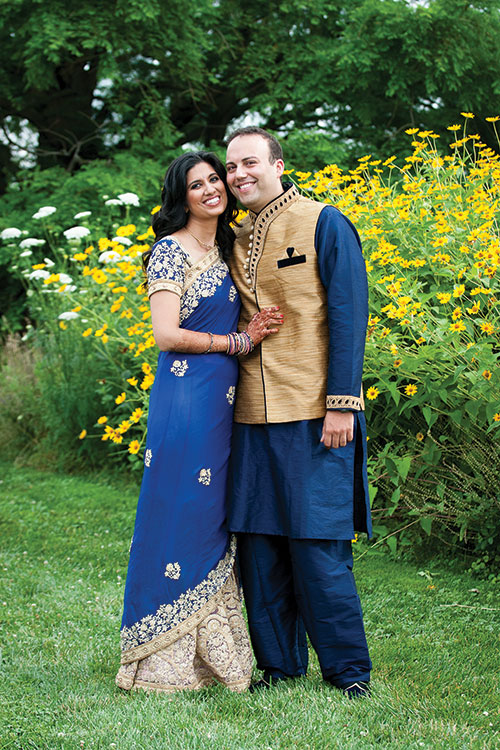 Happily Ever After.
The couple lives in Philadelphia where they continue to find time for each other despite demanding schedules. Kailash, 30, is an internal medicine resident at Rowan University, and Shalini, 31, is a psychiatry resident at Einstein Medical Center.