Pandemic No Match for These Determined Newlyweds

Molly Weiss and Jon Richter's ceremony wasn’t the wedding they had planned, but it included everything that was essential. 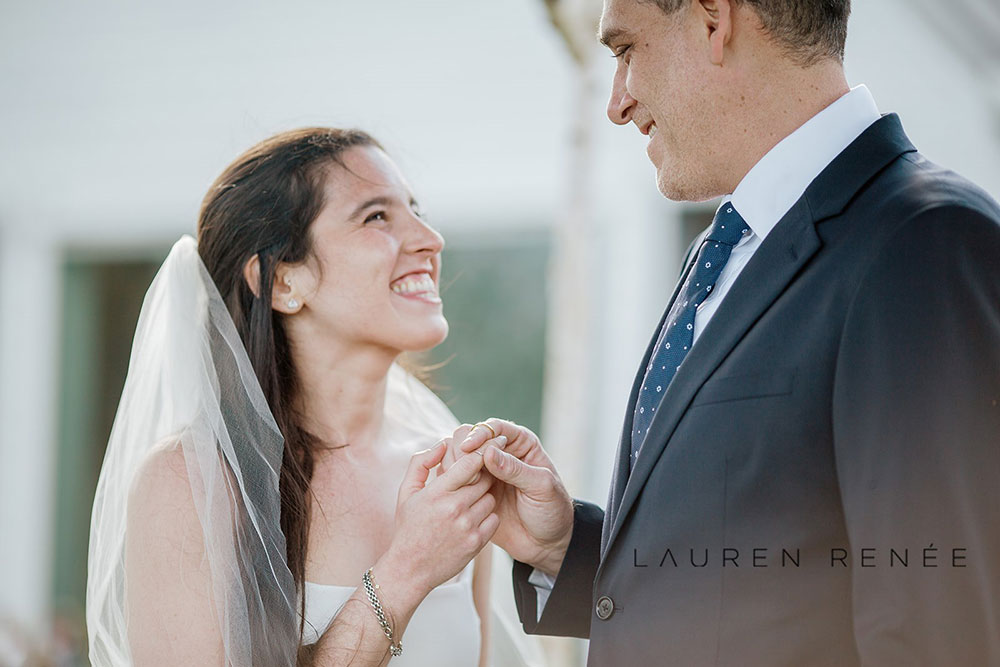 Molly Weiss’ family is no stranger to wedding mishaps. Weiss’ grandmother swears she had the ugliest wedding: The picture of the two newlyweds kissing is shot in a dimly lit basement of their rabbi’s study, while everyone looks away. Her parents had a reception fiasco when their caterer showed up two hours late because he double-booked the date. So when COVID-19 crashed her wedding, she could only pass it off with an air of humor.

“I turned to my mom and I said, ‘Well, mom, we all always knew I was a unique and special bride,’” laughs Weiss. “I just hadn’t figured out how.” 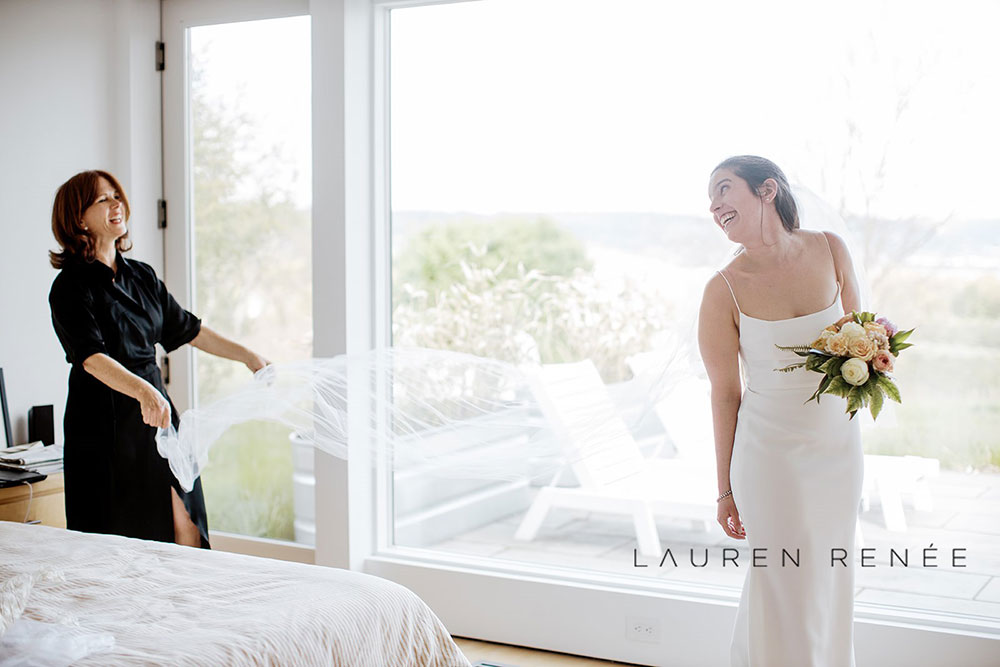 The original wedding was 10 months in the making. The couple planned a weekend-long celebration on Bald Head Island, North Carolina — a second home to her husband, Jon Richter. To make the trip worth their guests’ while, they had planned bird-watching one evening and a bike tour the next. Weiss was most excited about her reception under a Sperry sailcloth tent after a ceremony at the lighthouse.

“What was really important to us about the wedding was that we wanted everyone to sit at the same table,” she says. “[To] give it a family, communal vibe.”

When Weiss realized her rustic, island wedding would forever be just a dream, she was devastated. But, the support from friends and family to continue their commitment made them focus on what mattered most. 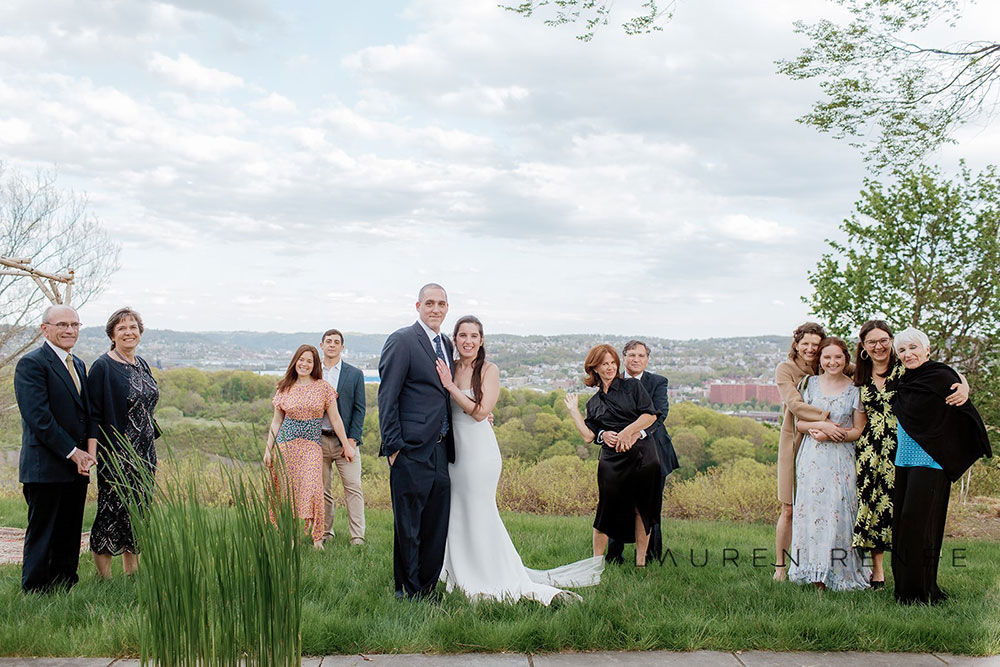 “It made us able to realize that what we really wanted was to get married,” Weiss says. “Especially if things were going to be really getting crazier and harder.”

Weiss deleted her Pinterest board and took her grandmother’s story as inspiration. Her 65-year marriage didn’t start off picture-perfect, but the lasting bond was. Moving forward, every decision was weighed as essential or not for the sake of her family’s health. That meant no professional makeup or hair, and no catering staff.

“We can serve ourselves dinner,” Weiss says. “We’ll go out and have a fancy dinner and be waited on another time.” 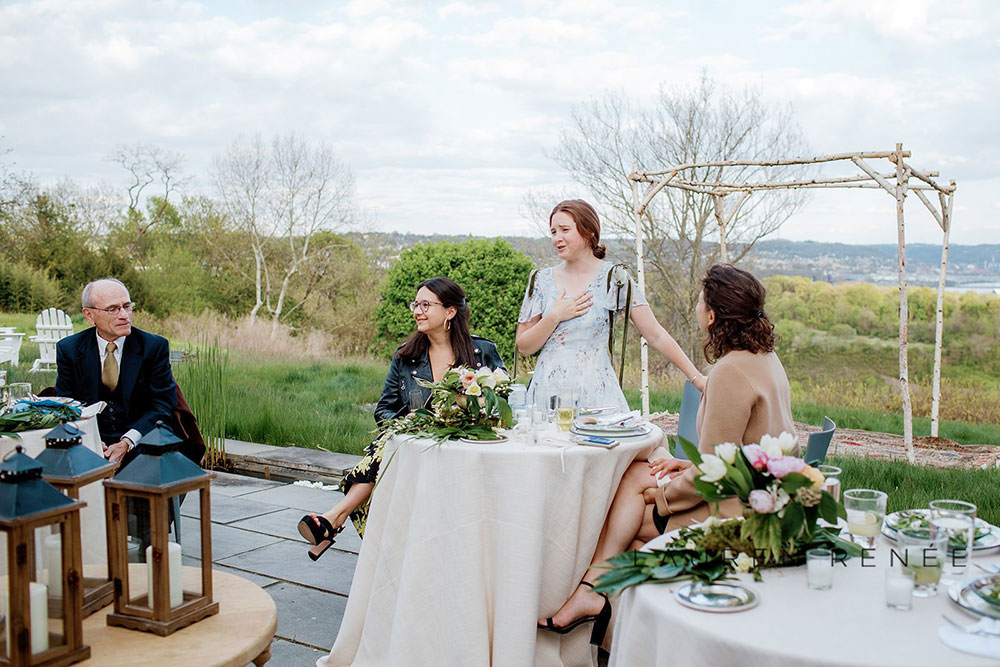 Wanting to keep the intimate atmosphere from her pre-pandemic plans, Weiss graphed out how to arrange the tables so that everyone could feel close while maintaining a 6-foot distance.

One aspect they couldn’t give up were the rituals of their Jewish faith. The couple signed the Ketubah with their witnesses virtually present on Zoom, and their rabbi wed them under the Chuppah, adorned in quilts made by Jon’s aunt. Although the rabbi traditionally stands under the canopy-like structure with the couple, he insisted the newlyweds stand alone to protect their health. 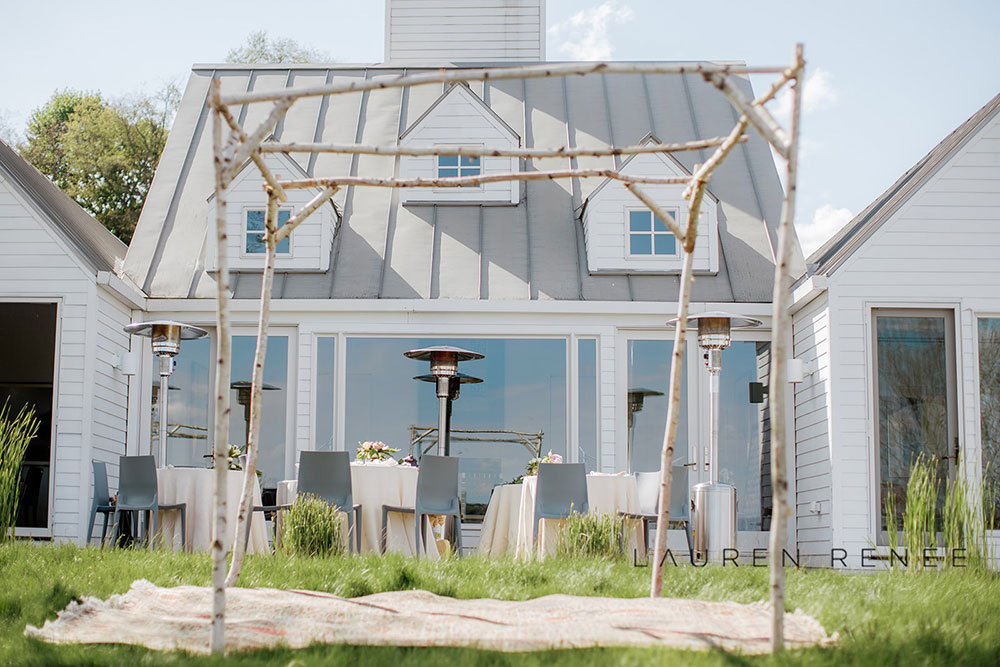 “That felt very interesting to be thinking about workarounds for laws that are thousands of years old,” says Weiss. “To be able to maintain that in the face of our totally changing world felt really important to me.”

To end the night, Weiss’ family had a few surprises up their sleeves. Along with the 11 toasts made by each person attending the wedding, the 49 guests who couldn’t be there sent their best wishes through pre-recorded videos.

Little did they know that Weiss and Richter had a sweet surprise for them as well. Their baker Casey Renee, owner of Confections, boxed individual slices of cake for the couple to drop-off to those in the Pittsburgh area. 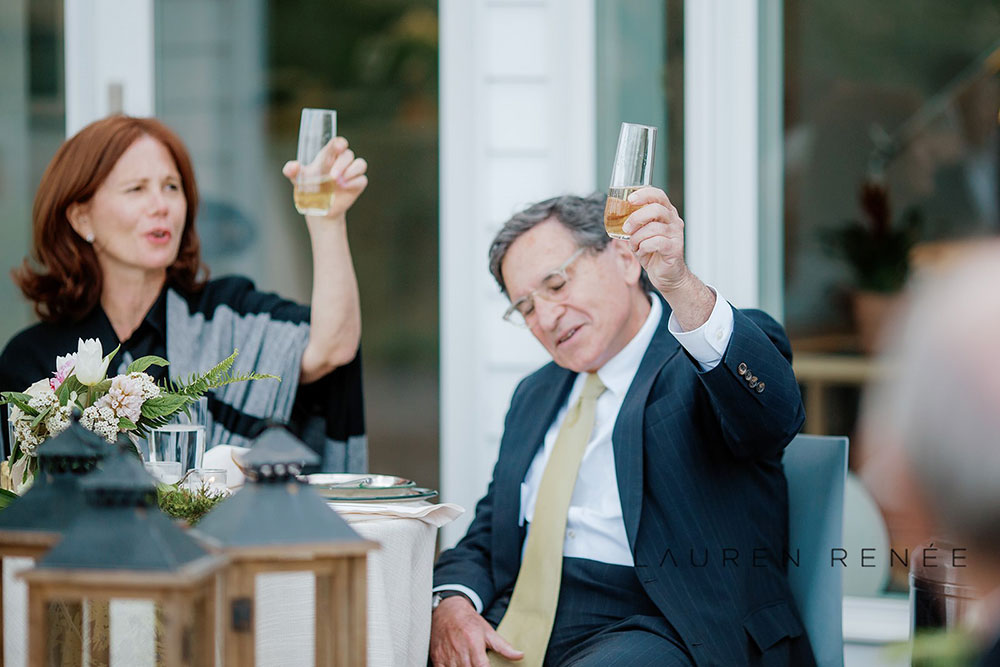 Although Weiss and Richter have not rescheduled a big celebration, they feel as though they already have.

“We didn’t postpone our wedding, or cancel it,” Weiss says. “We did it.”