Out of the Park: A Sports-Inspired Wedding

On Day One of our Week of Wedded Bliss, we choose our favorite theme from this spring’s Real Pittsburgh Weddings: Sports, sports and more sports. 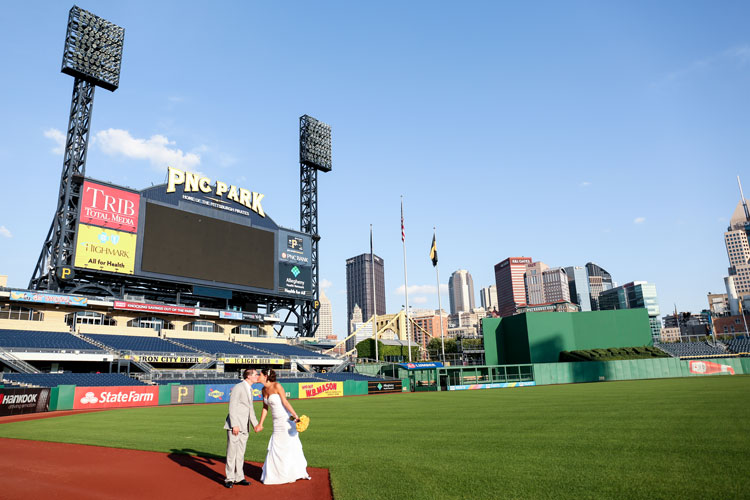 Themed weddings make for a great story, and the sports theme of Briana Miller and Justin Harsany’s wedding on Aug. 15 caught our attention right off the bat. They decided to get married where they had their first date five years before: PNC Park.

“We decided on PNC Park because it would be the center of our sports theme,” says Briana. Once they knew that they wanted to incorporate sports in their wedding, they went all-in and planned a wedding that would appeal to any baseball fanatic. 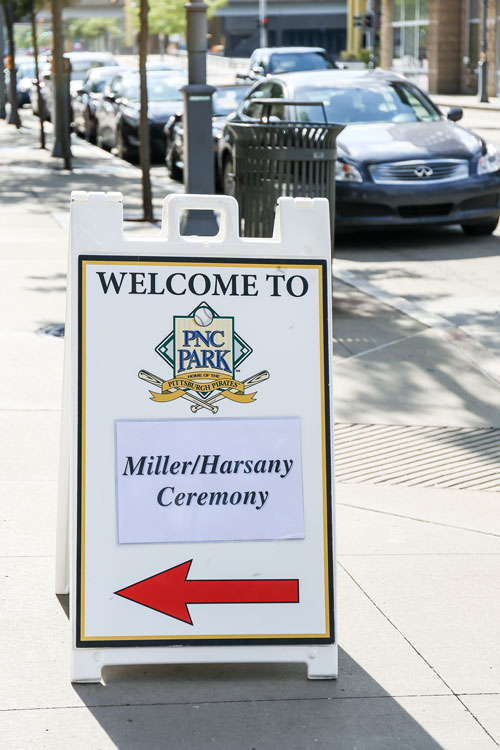 First off, Justin and Briana were married on the Pirates dugout. After the ceremony, wedding guests made their way to Rivertowne Brewing Hall of Fame Club for the reception, where the couple was batting a thousand by incorporating sports into the decor, music and food.

“We just wanted to incorporate little details that would go along with the sports theme,” says Briana. 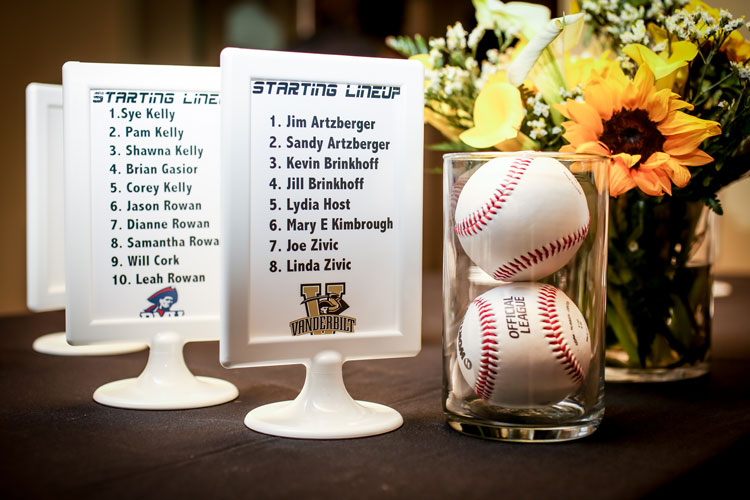 The centerpieces on the tables were made of cylindrical vases that held baseballs. Rather than using numbers on the tables, the couple named each one after their favorite sports teams. The guests were listed as the ‘starting lineup’ for the tables. Each place setting also had a can koozie that read “To have and to hold and to keep your drink cold.”

The guest book was a white Texas A&M (Justin’s alma mater) autograph football, where guests could write their names and well-wishes for the bride and groom.

The couple also had a table full of sporty props that guests could take photographs with, including signs for the Pirates and Penguins. 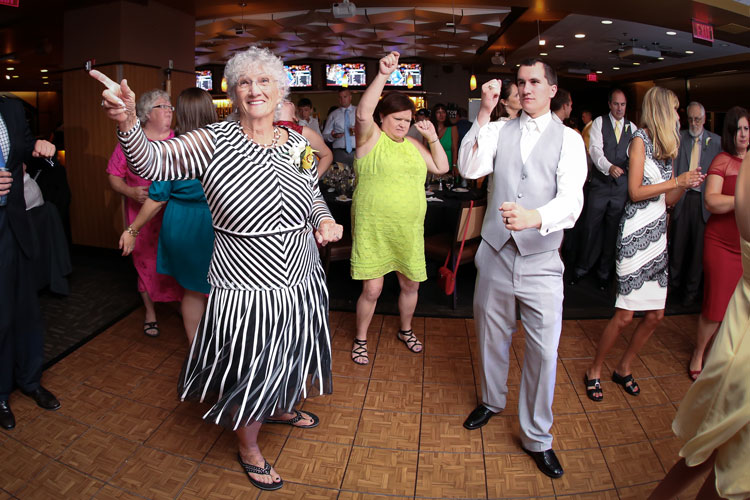 The couple went above and beyond to incorporate the sports theme into the music for the day. During their reception, Briana and Justin played their favorite college fight songs and other tunes you typically hear at college football games, including “The Aggie War Hymn,” “Sweet Caroline,” “Take Me Home, Country Roads” and “Sweet Home Alabama.”

“Our guests loved singing and dancing to the college fight songs,” Briana says. 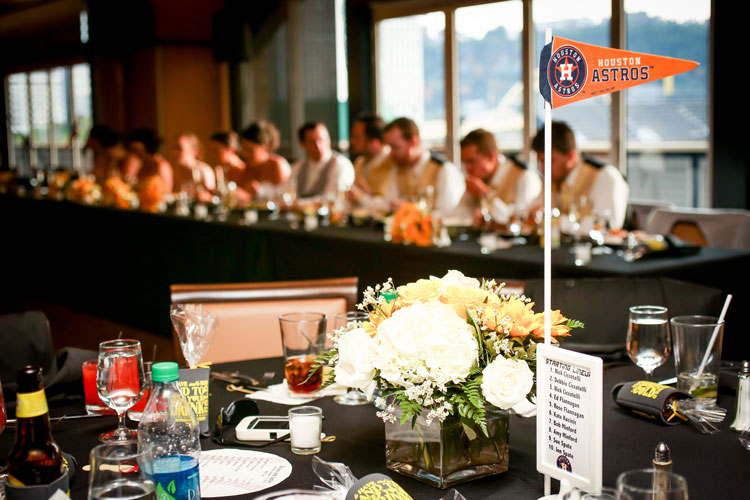 The food was, by far, one of the most sports-inspired parts of the day. Briana and Justin created a menu that included a French-fry bar with toppings, burger and pulled-pork sliders and fresh-cut potato chips that were served at every table in Pirates batting helmets. 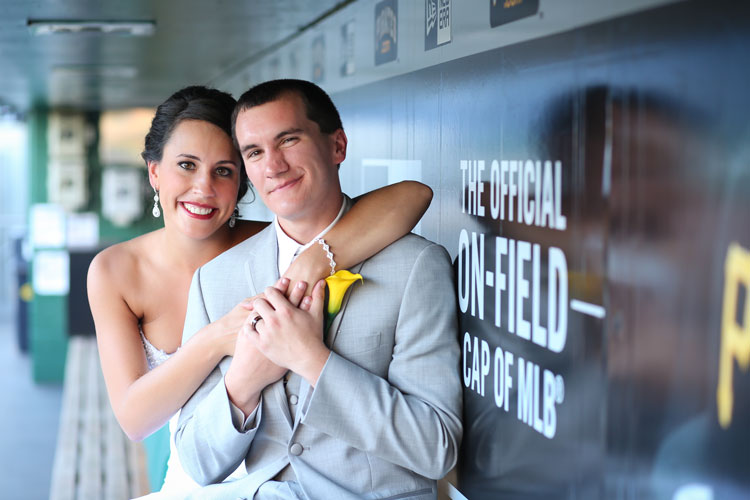 “Before the reception started, one of the servers came over to me and said some guests were requesting the Pirates game to be shown on the TVs around the bar, and I said, ‘Absolutely,’” says Briana. “The Pirates went into extra innings with the Mets and won. It was the perfect ending to our wedding.” 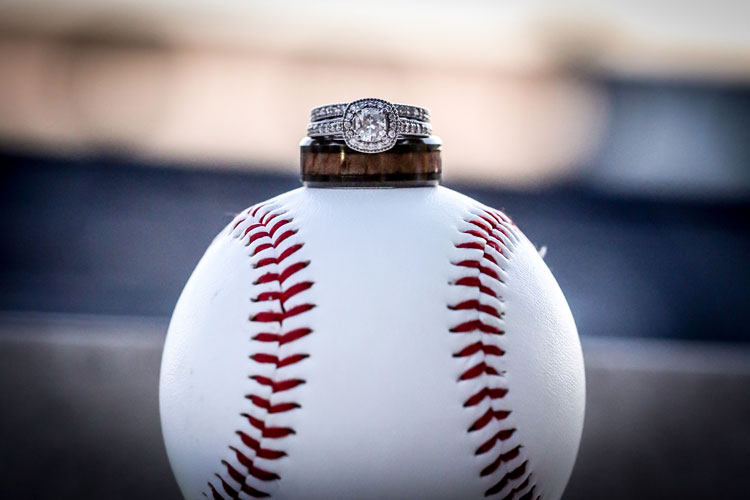