Picks in every category for Sunday's Academy Awards, plus reviews of "Triple 9" and "Eddie the Eagle." 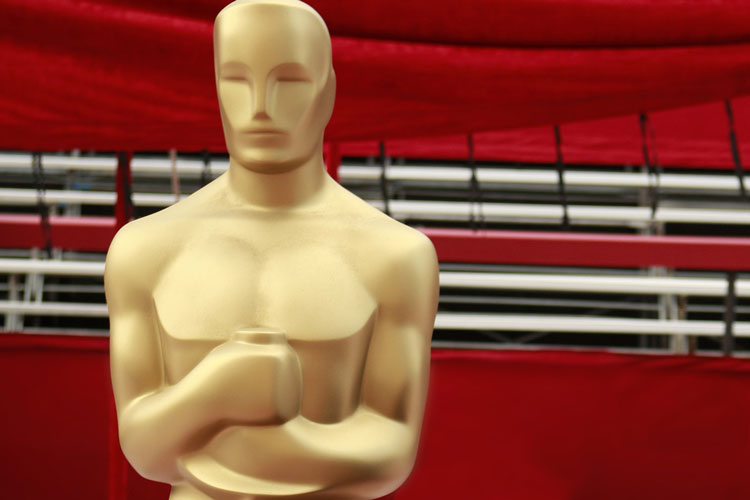 By the time the Academy Awards actually are distributed, many of the names to be etched on the statuettes are a foregone conclusion.

More than a quarter of each calendar year, from mid-November through the end of February, is lined with awards ceremonies and announcements. Dozens of groups hand out their own prizes, from deep-pocketed clubs with national telecasts to regional critics’ guilds. That means that nominees have months to campaign, gain momentum and dominate movie news cycles — and it means that keen observers can tell you about more than a few locks long before Oscar night.

Among this year’s sure things: Leonardo DiCaprio will get his long-overdue Oscar for his fearless role in Alejandro G. Iñárritu’s brutal “The Revenant.” Heretofore underappreciated actress Brie Larson will win for her performance in “Room.” And while the other acting prizes aren’t quite as locked up as those in the leading categories, the smart money is on Alicia Vikander’s moving performance in “The Danish Girl” and Sylvester Stallone’s return to Rocky Balboa in “Creed.”

The best picture race is tougher to call. After picking up such accolades as the Golden Globe for Best Drama and the top prize at the BAFTAs, “The Revenant” is certainly a favorite. But “Spotlight” has claimed a number of top honors as well and is a bit more in line with the Academy’s usual picks. And “The Big Short” has its own advocates. I’m of the opinion that “Revenant” will score a number of other Oscars, including repeat wins for director Iñárritu and cinematographer Emmanuel Lubezki — both of whom won last year for “Birdman” — allowing the voters to reserve Best Picture for “Spotlight.” I won’t be surprised (or upset), however, if “The Revenant” is indeed called at the end of the night.

A full list of my Oscar predictions appears at the end of this article; I’m indebted to the incredibly detailed prognosticators at GoldDerby, particularly in some of the trickier categories.

There are a few films opening this weekend amidst the Oscar hoopla. I can recommend the crime drama “Triple 9,” directed by John Hillcoat (“The Proposition,” “The Road”). I can’t reveal much about the plot for fear of spoiling this twist-heavy story, so I’ll cite the incredible cast as the best reason to head to the theater. Kate Winslet, Casey Affleck, Woody Harrelson and Chiwetel Ejiofor all shine in lead roles; the supporting cast is one of the most stacked in recent memory, featuring Aaron Paul, Anthony Mackie, Norman Reedus, Clifton Collins Jr., Gal Godot, Michael Kenneth Williams and Michelle Ang. It’s by no means a perfect movie, but its flaws are offset by fantastic performances. Those with a penchant for crime and action flicks should certainly see “Triple 9.” The sports drama “Eddie the Eagle” is somewhat less compelling (but still above-average), with Taron Egerton starring as unlikely Olympic ski jumper Eddie Edwards; Hugh Jackman plays his reluctant coach. “Eddie the Eagle” suffers due to blind adherence to sports-flick cliches, but that structure always guarantees a compelling climax. Fortunately, Egerton and Jackman are quite good. I wouldn’t tell anyone to rush to the cinema for it, but those who do will find a light, enjoyable film. I did not see the historical action flick “Gods of Egypt,” which has been hampered by accusations of whitewashing; like 2014’s “Exodus: Gods and Kings,” there are an awful lot of white people playing Egyptians in this one. Early reviews are not good.

The Montage: As JFilm continues to ramp up to its April film festival, they’ll bring a two-night event to the Kelly-Strayhorn Theater next week. “Rosenwald” will be shown Thursday, March 3 and Sunday, March 9; the documentary tells the story of the Jewish philanthropist Julius Rosenwald, who worked to establish more than 5,000 schools in African-American communities during the age of Jim Crow. Tickets and details here … As always, the swankiest way to watch the Academy Awards in Pittsburgh is via the Pittsburgh Film Office's annual Lights! Glamour! Action! gala, set for Sunday night at the David L. Lawrence Convention Center. Wear your best awards-show chic and prepare to walk the red carpet; tickets and details are here … Dormont’s Hollywood Theater will screen a new restoration of the little-seen Orson Welles film “Chimes at Midnight,” where Welles plays the Shakespeare character Falstaff. Info here.