Only 16% of Downtown Offices are Occupied, Report Shows 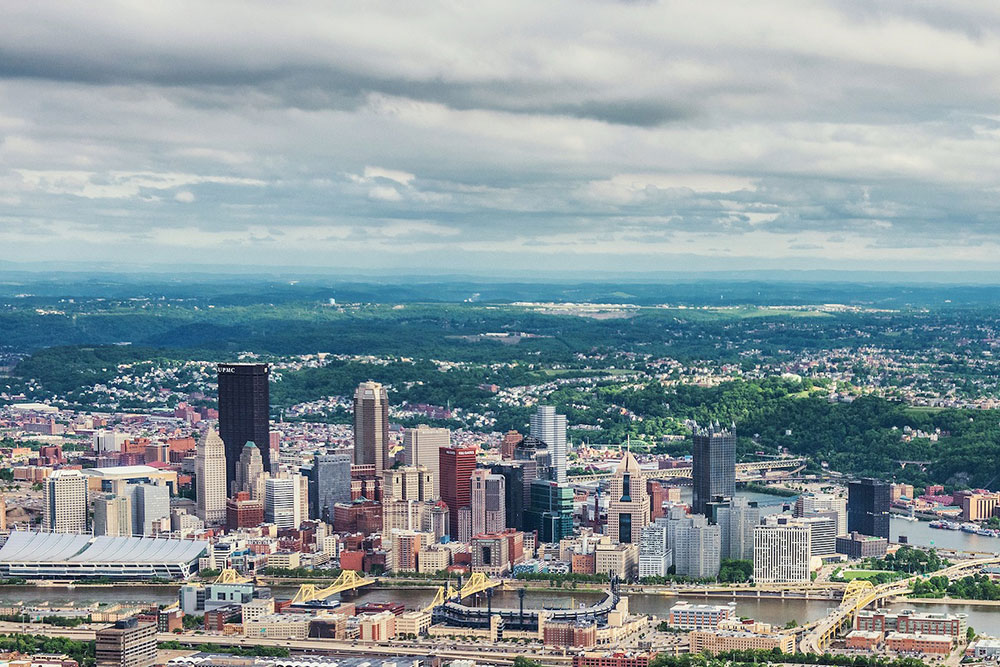 Downtown offices are a long way from having in-person water-cooler talk.

The Pittsburgh Downtown Partnership’s Reactivation Metrics report only 16% of Downtown offices were occupied in July when compared to pre-pandemic numbers.

According to Caitlin Fadgen, PDP’s director of economic development initiatives, the data comes from about 20 Downtown office properties — roughly half of the total buildings — that report the number of employees who swiped in each day. Then, a daily average is taken and weighted based on the building’s size.

Fadgen says the return to in-person work is a “guessing game.”

“I knew it was looking really hopeful for a pretty good return in late spring,” she says. “Companies were saying they were going to start bringing their workers back or require them to be in the office at least so many days a week.”

Some companies benchmarked June 1 as their return to the office; others planned to go back after July 4. Fadgen says the Reactivation Metrics from the summer reflect these changes.

Labor Day was expected to be the next benchmark, when Fadgen predicted 40% of the office workforce would be back. But as COVID-19 cases rise in the region, predictions may fall short.

“We were hearing for months that Labor Day was a special day, and I think it still will be, but I think there’s definitely a chance that it is not going to be as pronounced as we might have thought,” she says.

Fadgen expects the Downtown office occupancy in August, which will be released during the second week of September, to remain roughly the same as July. September’s numbers won’t be available until October.

Regardless of the forecast, the impact of Downtown’s current state has already become clear: buildings want to retain their tenants.

While she says no companies have announced plans to stay remote permanently, some are reconfiguring their space needs as they renew their leases to accommodate employees who may come in on rotation.

With fewer people Downtown, restaurants and retailers continue to suffer. The PDP plans to launch the Downtown Pittsburgh Edge program, an initiative that will incentivize Downtown employees to support local businesses and restaurants, by mid-September.

Fadgen says she hopes the program will help businesses regain the daytime customers they once had before the pandemic.

“It’s been really hard for them to stay afloat,” she says.