One Person’s Flip Flop is Another One’s Art

Ocean Sole Africa’s mission is to reduce pollution and waste by collecting flip flops from the ocean and making them into art. 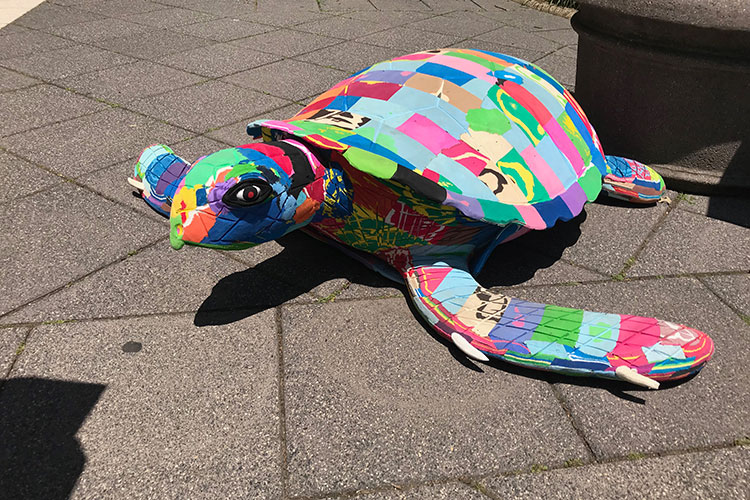 Two multi-colored animals, an elephant and a sea turtle, stand at the entrance of Gateway Center greeting  visitors to the Three Rivers Arts Festival. While many people stop to take photos with these bright creatures, it may be a surprise to some that they are made from recycled flip flops.

Ocean Sole Africa, a company based out of Kenya, makes these up-cycled creations from discarded flip flops that wash up on the shores of Kenya from the Indian Ocean. The flip flops are collected and sold to the artists at Ocean Sole.

“More than 3 billion people in the world wear flip flops. They are dumped, and they go into our oceans,” says Francis Mutua, a flip flop artist featured on Ocean Sole’s website. “We collect the flip flops, saving lives in the sea.” 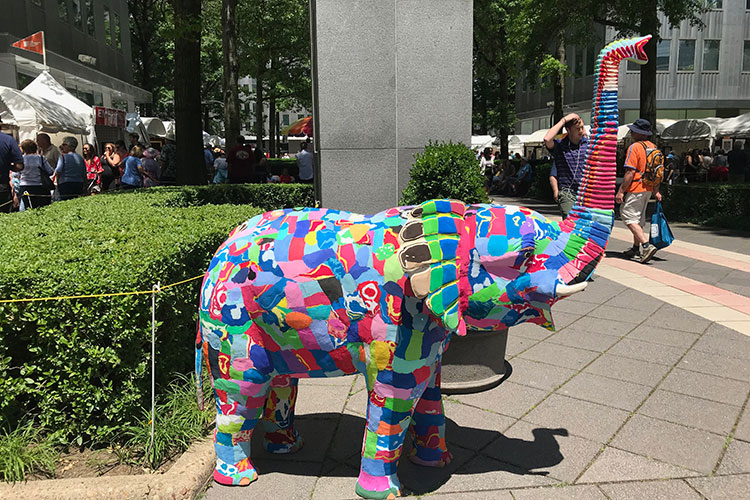 The seven pieces that can be found at the Arts Festival in Gateway Center also include a rhino and four giraffes. However, Ocean Sole makes more than just those animals; they have a Bahari (creatures from the sea) and a Safari (an array of African wildlife and endangered species) collection in a range of different sizes.

“We first wash them, do the carving, do some sanding to smoothen it,” says Mutua. “It’s manual, not machine.”

According to Ocean Sole, more than 1,000 Kenyans are benefitting from the company in a country with a 40% unemployment rate. In 2017, Ocean Sole recycled more than 500,000 flip flops as the artists created about six to eight animals a day, says Mutua. This year, Ocean Sole aims to recycle 1 million flip flops.

Ocean Sole contributes a portion of its revenue to beach cleanups, educational programs and conservation efforts.

“We have to save the world,” says Mutua.