Located north of Pittsburgh in Clarion County, the sprawling RiverStone Estate features a stone mansion, a carriage house, 23 ponds and dozens of other structures situated on 1,200 acres. 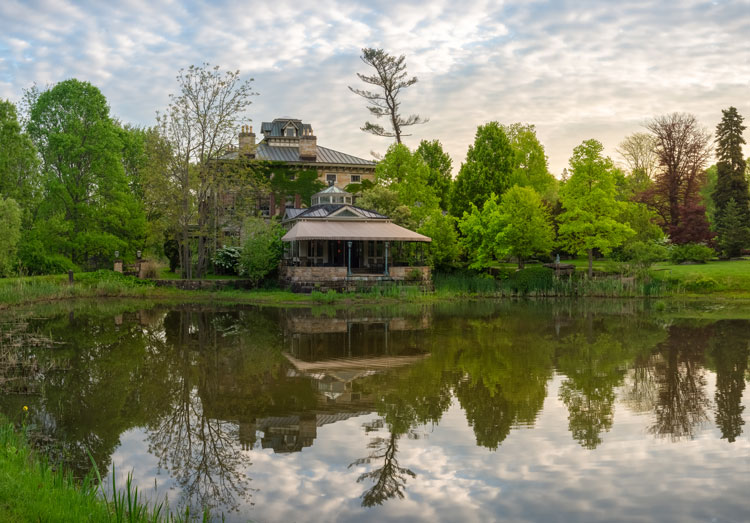 One of Pennsylvania’s biggest private estates is located about 90 miles north of Pittsburgh, and it could be yours — if you have an extra $15 million to spare.

Located at the confluence of the Clarion and Allegheny rivers in Clarion County, RiverStone Estate in Foxburg went up for sale last November. The historic property consists of 26 structures situated across 1,200 acres, including 6.5 miles of river frontage. 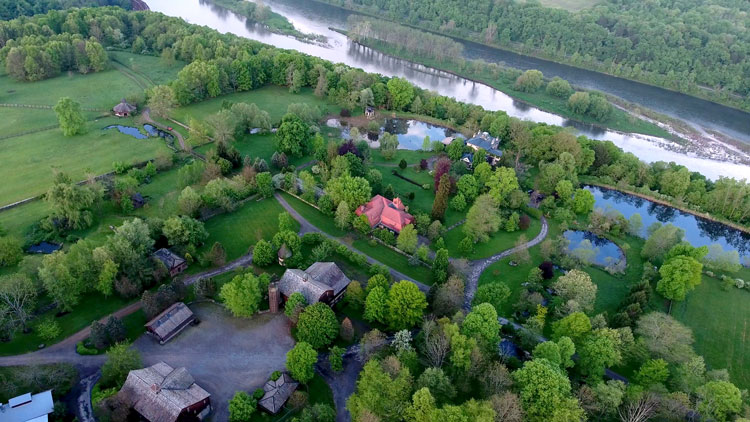 RiverStone has a long, storied history that dates back to 1796, when the descendent of George Fox, who founded the Quaker faith, purchased the land, according to the estate’s website. The Philadelphia-based Fox family would spend their summers on the property, and a town — unsurprisingly named Foxburg — began to sprout up around it.

Today, the main three-story, Federal-style mansion, built by the Fox family in 1828, still maintains its original stone walls. It also boasts five bedrooms, nine bathrooms and more than a dozen fireplaces. Each room — among them a music room, library and conservatory — has a different hardwood floor.

The property, which has 23 ponds, also features a charming stone and wood Carriage House designed in 1876 by family friend and famed architect Frank Furness. Other notable amenities include an all-glass greenhouse, equestrian center, aviary and numerous barns.

The estate currently is owned by Dr. Arthur Steffee, an orthopedic surgeon who invented an implant used to straighten spines, according to the Pittsburgh Post-Gazette. He later sold the company for $325 million. 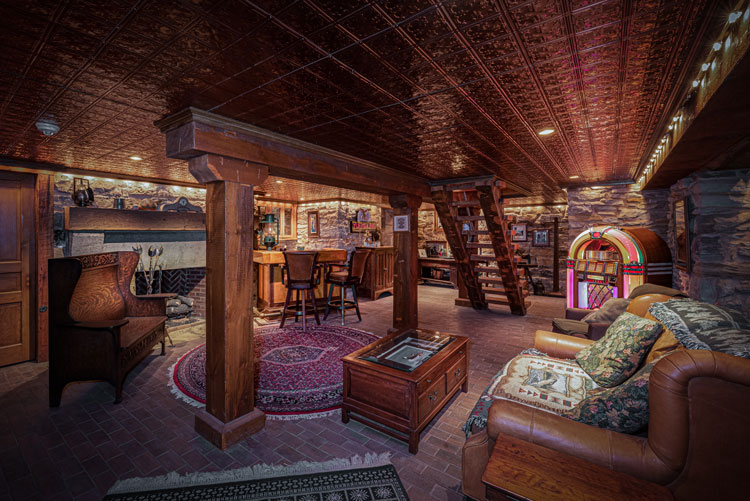 After Steffee purchased the property in 1998, he began extensive renovations to restore the buildings — including the stone house, which had fallen into disrepair — in 2000. He and his wife moved in to the main mansion two years later. The updates include radiant heat systems in the floors, an elegant tiger maple staircase that spirals to the fourth floor and a basement furnished like an old English pub, according to the Post-Gazette.

When realtor Edgar “Randy” Jelliff took on the estate's listing last November, he knew it would be a challenge to sell. “It gives you some pause to put into perspective what it will take to find a buyer of such a beautifully restored property,” he says. 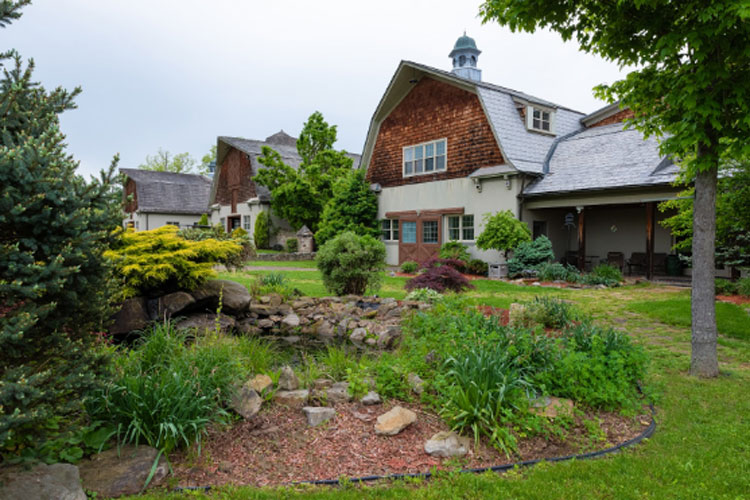 For those who are more business minded, there’s the potential for a golf course on the property. A tentative 36-hole golf course was laid out on the property in the 1960s. Although the development was never completed, electric was installed underground and is still functional, according to the estate’s website.

This tranquil setting also is a hunter’s paradise, according to Jelliff, with access to deer, bears, bobcats and foxes.

“A combination of the vast acreage along with the historic backstory— the famous Fox family of Philadelphia having owned it for so many years— RiverStone is so unique and restoration of the buildings has made it over the top quality,” he says. 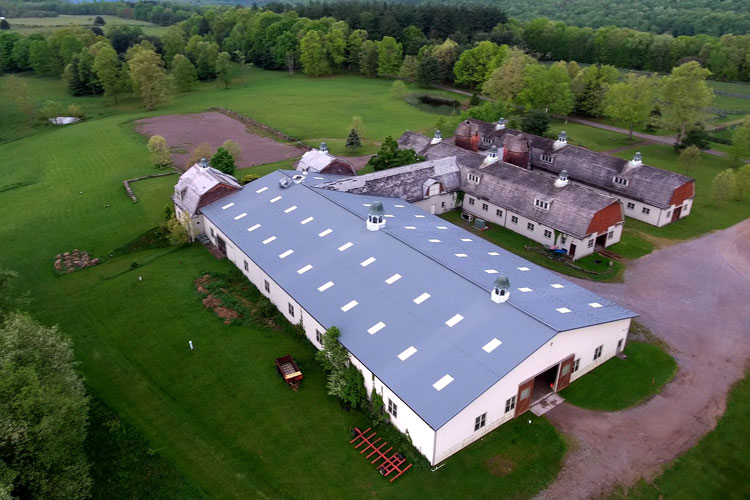 Jelliff says showings are now being arranged for qualified buyers.