On Trend: Glass Houses, Pittsburgh Pride and Building an Empire

See what’s buzzing in the Pittsburgh home and decor industry. 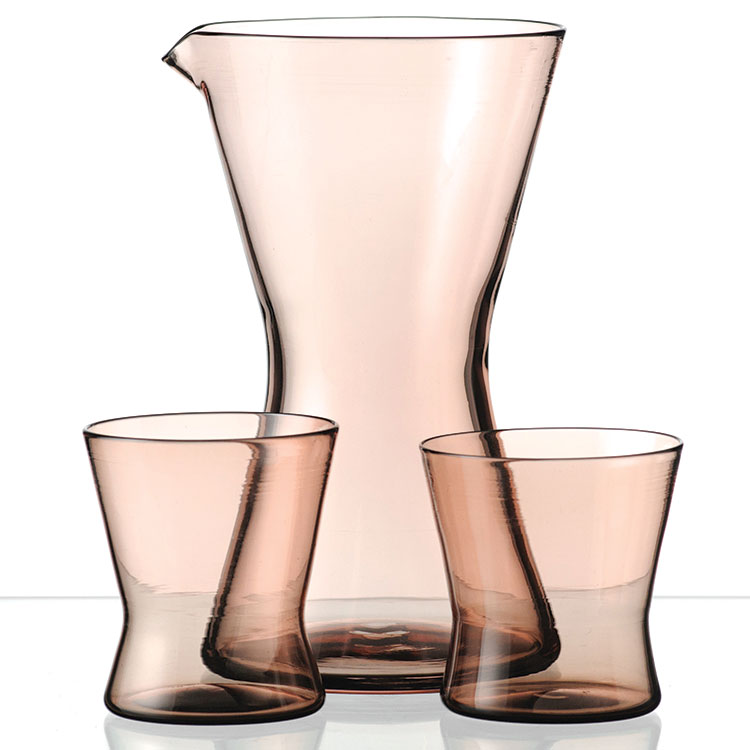 Glass Houses
Monmade has partnered with Pittsburgh Glass Center to create an exhibition showcasing how raw material can be transformed into art. “Interiors with Impact,” which opened at
PGC’s Hodge Gallery on Dec. 1, runs through Feb. 18. A partnership between PGC and Monmade that began in 2016 as a way to pave the way for glass artists continues with this exhibition, which features producers who use traditional handwork techniques and advanced manufacturing processes to transform raw and reclaimed materials into durable, uniquely designed products, such as lighting, furniture and wall coverings. (5472 Penn Ave., Friendship; www.pittsburghglasscenter.org) 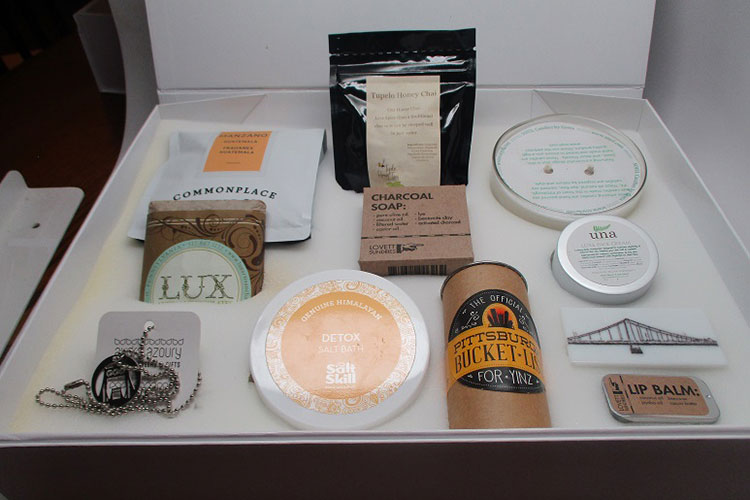 Pittsburgh Pride
A Verona resident has launched an online business with the goal of “creating gift boxes made with Pittsburgh love.” The idea for Batch and Bundle, which offers gift boxes comprised of locally sourced products, came to Ben Wilson after his wife took a trip to New York City and he wanted to send her a box of NYC-made products as a gift. However, he had trouble finding the items he wanted in one location or website, which inspired his idea to create gift boxes filled with products made in Pittsburgh, his home since 2001. The Batch and Bundle website launched in December and offers an assortment of items either produced or headquartered in the area. Wilson says he currently is working on contracts with Commonplace Coffee, UNA Biologicals, Soyil Candles, LUX Artisan Chocolates, Salt Skill, Tupelo Honey Teas, Lovett Sundries and Fudge Farm. (batchandbundle.com) 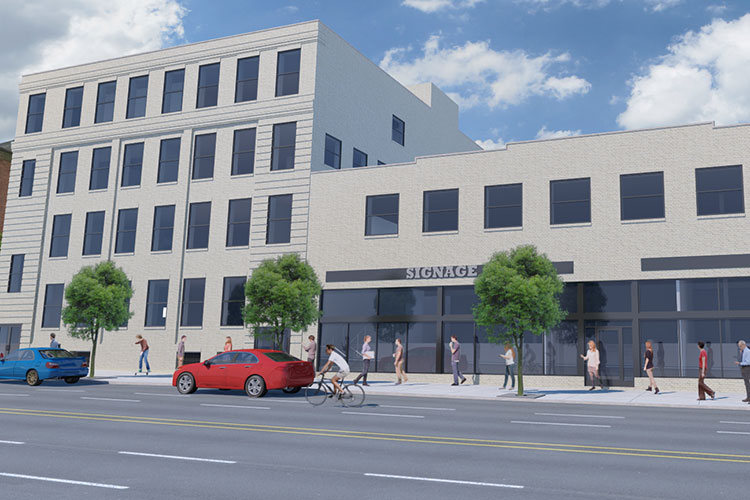 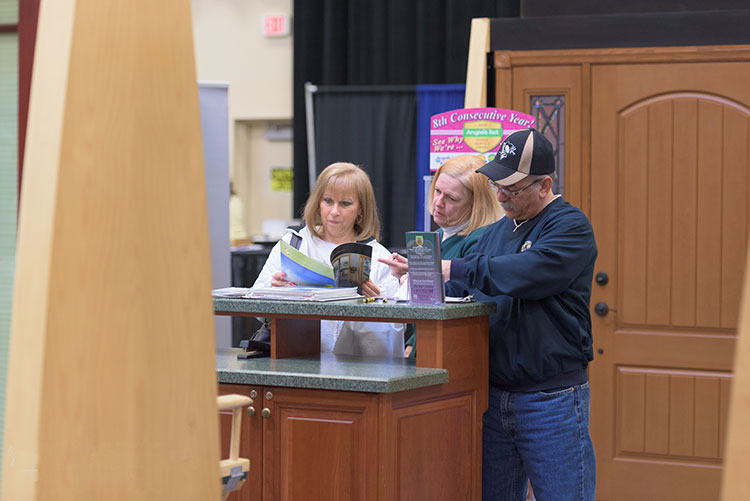 Eat and Greet
The third annual Monroeville Home Show, set for Jan. 26-28 at the Monroeville Convention Center, will showcase more than 200 exhibitions from homebuilders, remodelers, decorators and landscapers. New this year is exhibit “Loving Backyard Living,” which will feature everything from pools and spas to furniture and landscaping. Food lovers can stop by the Colavita Culinary Stage, spotlighting local and national chefs demonstrating their best food and desserts, as well as the Home Show food trucks. Vecenie Distributing, along with local craft breweries, is sponsoring this year’s Beer Garden, and Starr Hill Winery will be selling wine by the glass and bottle. Admission is free for children under the age of 12 and $5 for adults. Free parking is provided. (209 Mall Plaza Blvd., Monroeville; simoneventmanagement.com) 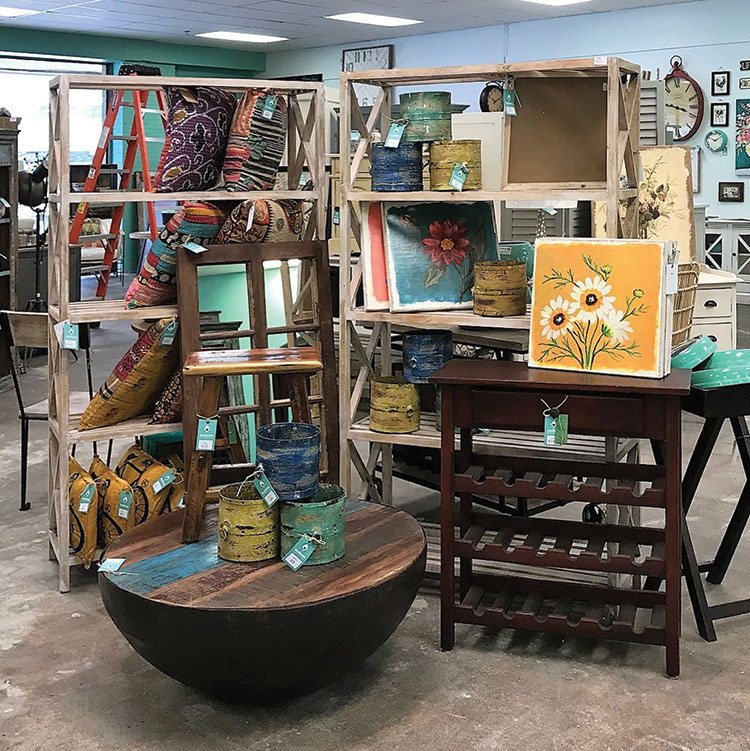 Soulful Furniture
Nadeau, a furniture store selling handcrafted pieces at affordable prices, opened its 37th location in the fall in the North Hills. Founded on the idea that “great furniture should be attainable by everyone,” Nadeau imports handcrafted furniture with a soulful touch from around the world. Originally opened as a wholesaler in 1991, the retail store offers a constantly changing variety of home decor that ranges in style from contemporary to industrial to farmhouse to the traditional. 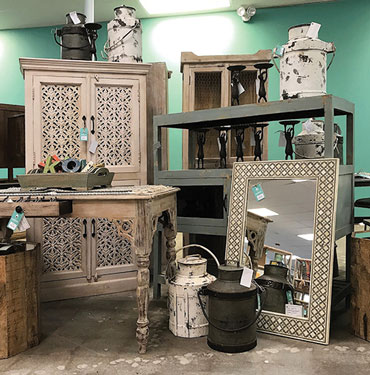 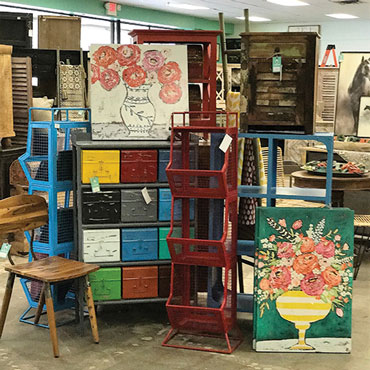 In 2012, Nadeau opened its first Pennsylvania retail store in Philadelphia. “We’ve been wanting to expand in the state, and Pittsburgh was a logical choice,” says Brian Pickler, company president. “The city has an amazing history, strong business culture and a vibrant, growing community.” (7203 McKnight Road, Ross Township; furniturewithasoul.com)