On the Market: Iconic Oakmont Bookstore is for Sale

Can you deduce who will be the next proprietor of the Mystery Lovers Book Shop? 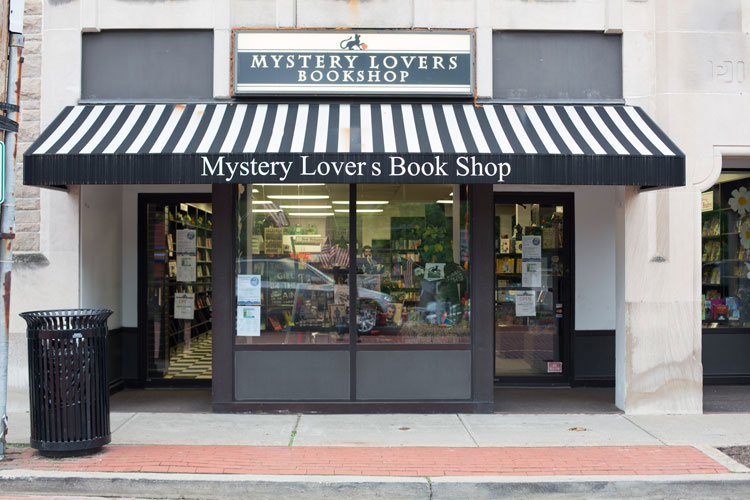 Mystery Lovers Bookshop is officially on the market for the second time in its 28-year history.

The current owners of the bookshop, Natalie Sacco and Trevor Thomas, announced in an email in late May that they are selling the store due to “changing family circumstances and new plans for the future.”

“Trevor and I always talk about how lucky we are to be part of two great communities — the Oakmont community, which we are proud to call home, and the literary community — especially here in Pittsburgh,” Sacco says in the email. “We have received endless support, words of encouragement, and have enjoyed our time with you!”

Mystery Lovers Bookshop, located at 514 Allegheny River Blvd in Oakmont, has been a member of Pittsburgh’s literary scene since it was established by Mary Alice Gorman and Richard Goldman in 1990. Their work earned Mystery Lovers Bookshop a Raven Award, one of the Edgar Awards given by the Mystery Writers of America, in 2010 for its contribution to mystery writing. Thomas and Sacco purchased the store from the founding couple in 2015.

The independent bookshop offers bibliophiles hundreds of new and used mystery titles as well as non-fiction and children’s books. The store is also known for hosting meet-and-greets and launch parties featuring both debut authors and renowned well-established novelists. It has brought in local bestselling authors such as Jeffrey Siger and Annette Dashofy as well as names from abroad such as Michael Connelly and Jo Nesbo.

Future events to be held at Mystery Lovers Bookshop will still take place as scheduled, and the bookstore will continue to operate as usual while it is on the market. The next event on the store’s calendar is a launch party on Aug. 11 for local writer Liz Milliron’s newest novel “Root of All Evil.”

Anyone interested in purchasing Mystery Lovers Bookshop can email Sacco at natalie@mysterylovers.com.

“The only requirement is that you are passionate about books and the Mystery Lovers community,” Sacco says.