There are possibilities on offense, but there are established stars on defense. So there’s little question regarding which unit is going to have to do the heavy lifting. Cam Heyward isn’t running from that narrative, he’s embracing it. 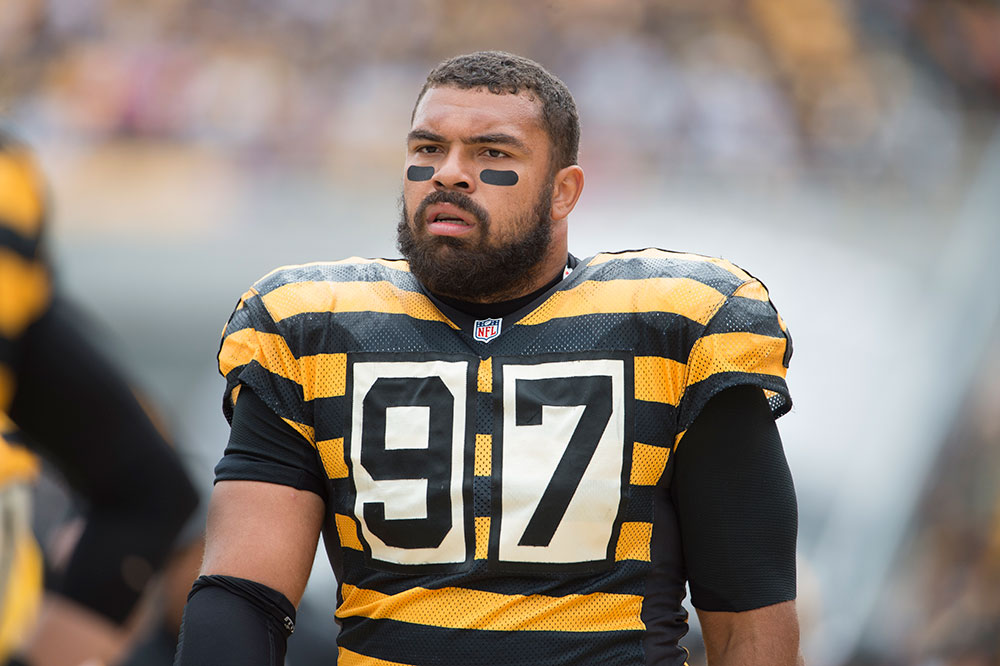 The “scary but exciting” season Mike Tomlin is anticipating commences with the opening of the Pittsburgh Steelers’ training camp next week.

Once it does, the pressure will absolutely, positively be on the defense.

Yes, the Steelers still haven’t officially decided who their starting quarterback is and they don’t yet know for certain what they can expect from football’s most important position. Yes, they’re reconfiguring the offensive line, again (the presumption is it can’t be any worse than it was last year). And yes, there have been three deletions from last season’s depth chart at wide receiver (the draft has addressed that, the Steelers suspect).

But in the wake of another offseason of roster shuffling, the vast majority of the experience, star power and financial investment is on the defensive side of the ball.

Defensive tackle — and defensive captain — Cam Heyward wouldn’t have it any other way.

“I love it,” Heyward insisted recently on his new “Not Just Football” podcast. “I love when the pressure’s on the defense. And I don’t want to say this the wrong way, we’ve had the great opportunity to have Ben Roethlisberger bail us out of a lot of situations. And now we don’t have that. And as a defense, there’s no crutch you can really hold onto.”

The crutch wasn’t nearly enough in 2021. The Steelers’ defensive struggles last season were well documented and often on display for all to see, including the playoff debacle at Kansas City. But with Heyward up front, T. J. Watt at linebacker and Minkah Fitzpatrick at safety, they have the play-makers around which a championship-caliber defense can be built.

Those three are among the best in the business at their positions.

Heyward’s of the opinion that the required complementary parts will be in place this time. They’d better be.

“We’re not putting our offense in that situation anymore, to go out there and win it,” Heyward continued. “Defense, if the money’s spent on you then you have to play like it. I think we have the defense to do that.

“We’ve added some different pieces, a Levi Wallace [at cornerback], bringing in a Larry Ogunjobi [at defensive tackle], bringing in a Myles Jack [at linebacker]. All these different pieces, and then retaining a lot of our pieces, a Terrell Edmunds [at safety], signing Minkah, getting [defensive tackle] Tyson Alualu back, [defensive end] Chris Wormley’s back, our younger guys are going to be a lot more knowledgable.

“All these different pieces are very critical to our success. But as a whole I think we should be able to win games.”

The Steelers won in spite of their defense at times last season, and because of repeated comebacks in the fourth quarter engineered by Roethlisberger. Big Ben still had that much magic left in his wand. But they were also in positions where they had to come back, because the offense was often as ineffective/inept as the defense for long stretches.

Both sides came up small in the biggest game of the season.

The defense actually played an inspired game for 20 or so minutes in the playoffs, holding the Chiefs off the scoreboard, generating two turnovers and even scoring a touchdown on one of them for a 7-0 lead.

But the combustible Chiefs cranked it up eventually (you knew they would) and the Steelers had no answer once that happened. And the Steelers’ offense continued to be overmatched throughout.

The Steelers will need more from their offense in support of their defense this season. But Heyward is at least right about this much initially: If the Steelers are going anywhere this season, if they’re to be anything more than 9-7-1 and a playoff fraud, the defense is going to have to lead the charge.

“We should be the reason why we win,” Heyward maintained. “I look forward to answering that call.”

The phone is ringing.