When late-night hunger strikes, don’t head to Taco Bell. Instead, check out one of these beloved local spots offering classics, like fry-topped sandwiches and hearty egg entrees. 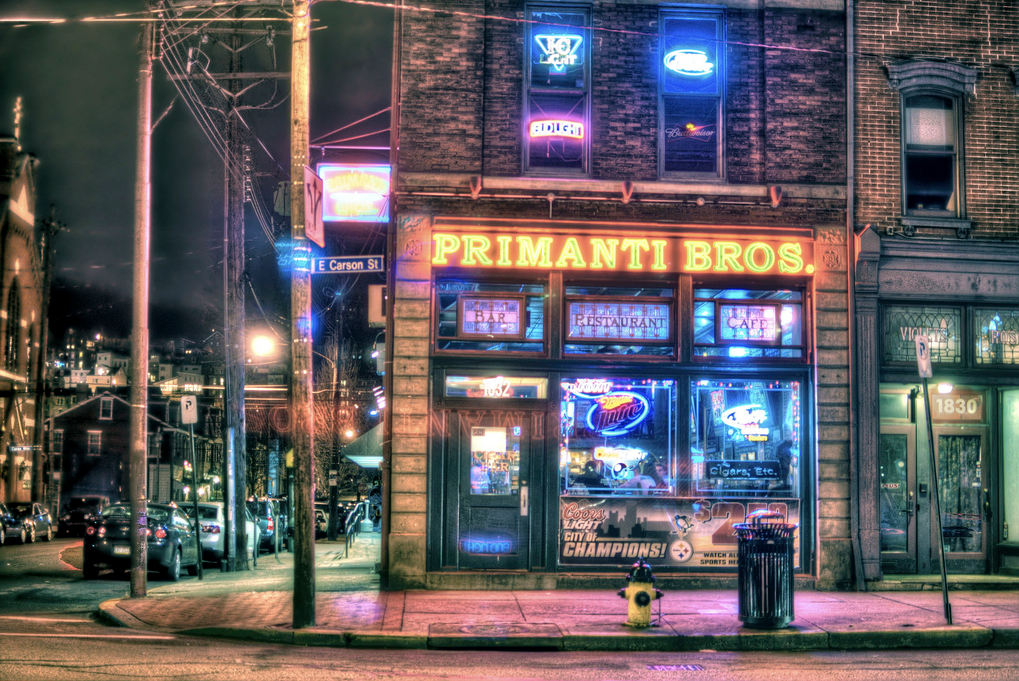 If you stay out late, you’re bound to get hungry. Beer won’t keep you full for long, and instead of a nightcap, many folks hunt for grub. Luckily, Pittsburgh boasts several 24-hour restaurants that accommodate the late-night crowd.

Remember, though, that a place doesn’t have to be open every minute to serve scrumptious late-night entrées: You can still find open kitchens at various Mad Mex restaurants (madmex.com), a half-off menu at Oakland’s India Garden (indiagarden.net) and epic midnight burgers at Fat Head’s Saloon (fatheads.com) in South Side. But for true night owls, here are some 24-hour favorites:

EAT’N PARK
At Eat’n Park, one of the most successful restaurants in local history, it doesn’t matter who you are, how big or small your group, or when you’re arriving — there’s always a Smiley Cookie waiting for you. Some locations are busiest after last call and serve a steady stream of customers ’til dawn. (eatnpark.com)

PRIMANTI BROS
Sometimes you just need a giant sandwich made of meat, tomatoes, fries and slaw. The legendary Primanti Bros. sandwich is the perfect post-party food for carnivores. Most sites close at a reasonable hour, but the Strip District location is always open. (primantibros.com)

RITTER’S DINER
Nearly every undergrad in Pittsburgh knows about Ritter’s, the funky little greasy spoon on Baum Boulevard in Bloomfield. Cheap, laidback and full of character, Ritter’s makes finding a 3 a.m. breakfast feel like an adventure. (412/682-4852)

TOM’S
Not long ago, Tom’s Diner was a beacon of hope for late-night partygoers in South Side. Once the bars closed, customers poured into Tom’s on Carson Street, ready to order a gyro omelet. While the South Side location has long since shut down, the Dormont version is alive and well — and open any hour of the night. (412/531-2350)

KINGS FAMILY RESTAURANT
Once you’ve finished your last Yuengling and half of your friends have gone home, what could sound better than a Triple Crown breakfast on a Friday or Saturday night? Or a cup of coffee and a Frownie? If you live in (or happen to be near) the ’burbs with a late-night Kings, head there to spend some witching hours. (kingsfamily.com)

Lights! Glamour! Action!
Like the Super Bowl, the Oscars are one of the most anticipated annual TV events. People around the world tune in to see which movies swept which awards, and they argue incessantly over directors, actors and, of course, Best Picture. To celebrate a very successful year in Pittsburgh movie-making, consider joining the Pittsburgh Film Office for its Highmark Presents Lights! Glamour! Action! party. Once again, the massive gala will be held in Heinz Field’s Club Level East, where massive TVs will broadcast the live ceremony. Sport your Hollywood best, and enjoy hors d’oeuvres, cocktails and the company of fellow film buffs.