A Pittsburgh-born lawyer is abandoning the courtroom to open a Rome-inspired eatery. 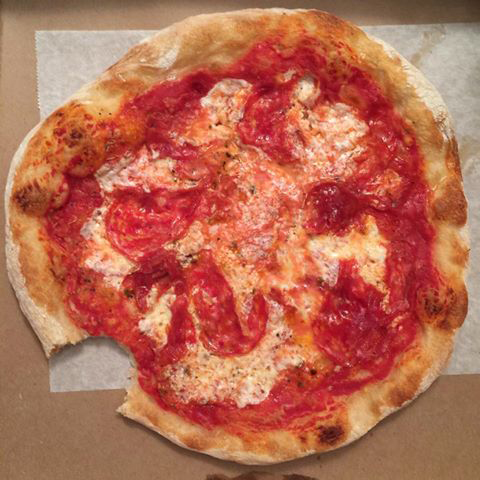 TAGLIO’S FOCUS: “ANYTHING THAT CAN BE WOOD-FIRED”
The son of Italian parents, Tony Giaramita says his dad, co-owner of La Tavola Italiana, told him while he was growing up that he had three career options: “become a doctor, lawyer or take over the pizzeria.” After working for years as a litigator, Giaramita decided that it was time to open his own pizza place. Pizza Taglio will serve wood-fired food in a casual setting in East Liberty. Roman-style pizza will be the star, along with antipasti and espresso, sourced from Commonplace or Zeke’s Coffee. He says he’ll purchase ingredients locally as much as possible, and he says he’d like to make his own sausage and offer hand-pulled mozzarella. As he preps the space for a November opening, Giaramita is supplying area coffee shops with his paninis during the week and pizza on Saturdays.
(info: visit the Facebook page)

APPLE VARIETIES ABOUND AT MARTY’S
The age-old recommendation about not judging a book by its cover also applies to produce. Marty’s Market stocks an array of apples in various sizes and colors, including white pearmain and northern spy. The fruit is neither waxy nor perfectly shaped — it tastes and looks natural, as it should. We especially like the Orleans reinette, which is small and green with flecks of brown on its skin; the variety with French origins is crisp and tart, making it great for baking.
(2301 Smallman St., Strip District; 412/586-7177, martysmarket.com)

This article appears in the November 2014 issue of Eat Street.
Categories: PGHeats