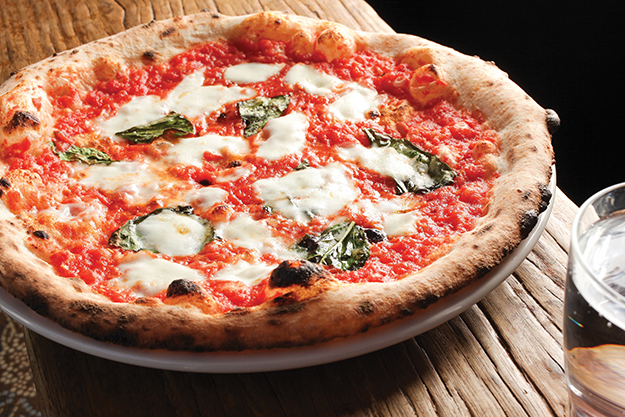 Il Pizzaiolo
South Hills pizza hot spot Il Pizzaiolo opened in the late ’90s, receiving high praise from local foodies. But after a true resurgence took place in Market Square, owner Ron Molinari  opted to open a second location. Known for its wood-fired pies, Il Pizzaiolo should fit in well, since busy folks who frequent Market Square are always in search of high-quality (and relatively quick) grub. Whenever you go, be sure to order the Salsicce & Rapini pie and try some wine from local maker Engine House 25.

Harvard & Highland
Creative chef Kevin Sousa has become something of an entrepreneur these last few years. After opening Salt of the Earth in 2010, he later added Union Pig & Chicken and Station Street Hot Dogs to his list of personal ventures. Not stopping there, he recently opened Harvard & Highland, a cocktail joint, in the space above Union Pig & Chicken (and he’s currently at work on another eatery that’ll open next year). Having an all-star bar staff — including the talented Summer Voelker, who previously worked at Salt’s bar — H&H’s cocktail menu will feature inventive drinks. No doubt: This will be one of the city’s newest must-visit drink spots.

Fukuda.
Getting in on the summertime street-food craze, Hoon Kim and chef Matt Kemp (formerly of Tamari) started serving sushi at pop-up stations in Bloomfield and elsewhere. The food they were serving was a preview of what was to come at their eatery, Fukuda., which opened in mid-October. The most-buzzed-about item is the takoyaki, a Japanese-style street food, but dishes like ramen noodles and ceviche are also on the menu. In addition to having normal business hours, the duo will share their fare in a number of other ways, too: Friday lunch at Bar Marco, Sunday dinner at Shadow Lounge, a monthly Monday night sushi class and mobile catering.

Tender Bar & Kitchen
Once buzz began to build about Jeff and Erin Catalina’s second restaurant, housed in the former Arsenal Building, folks started tuning in to the eatery’s frequently updated Twitter feed. Tender, which will open this winter, will serve up Prohibition-style cocktails (not surprising, since its sister establishment, Verde, is known for its killer drinks) and creative American fare (pierogies included).