The fourth volume of “Chutz-Pow!” from the Holocaust Center of Pittsburgh spotlights women including silver-screen icon Audrey Hepburn. 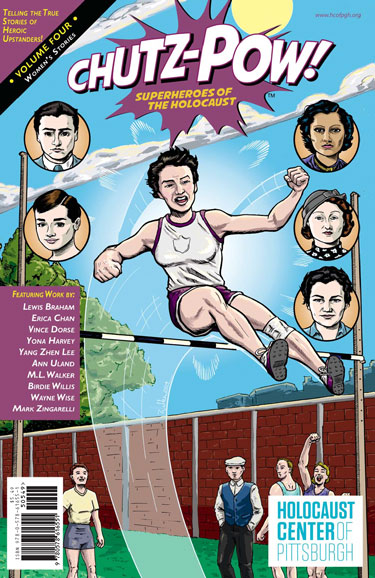 As a teenager, Audrey Hepburn smuggled food to Allied airmen shot down by Nazi forces.

Decades before “Breakfast at Tiffany’s,” Hepburn was a member of the Dutch resistance to the Nazis, dancing at secret concerts to raise morale among starving rebels and eventually working directly to undermine German efforts. Many who only know Hepburn from silver screen classics never discovered her heroic deeds.

That’s why her story appears in “Chutz-Pow! Superheroes of the Holocaust, Volume Four: Women’s Stories,” a new book of graphic fiction from the Holocaust Center of Pittsburgh.

“Seeing her featured will hopefully spark peoples’ curiosity to find out more, perhaps including some who might not ordinarily gravitate toward a book about Holocaust survivors,” says Jackie Reese, marketing and education associate at the Holocaust Center. “And if someone’s interest in Audrey and her story provides a segue into learning more about the stories of others and what happened during the Holocaust, then that benefits the entire project.”

The series, which Pittsburgh Magazine featured in 2018 upon the release of the third volume, is an effort to use the comic-book format to deliver true stories of Holocaust survival to more readers.

Reese says that contributions to the series from Pittsburgh-based artists have been invaluable. “Having regional creators tell stories of survivors who settled in our region has absolutely made the experience far more immediate.” Additionally, many of the figures featured in the books settled in Pittsburgh themselves — and several creators worked with their subjects directly. “When covering these stories with local connections, it elevates that experience to an even higher level. Being able to meet and talk to these real-life superheroes has had an impact on all of the creators who have had the opportunity to do so.” 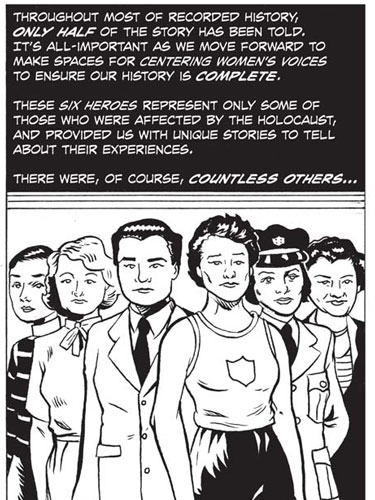 In addition to Hepburn, “Volume Four: Women’s Stories” includes figures such as Noor Inayat Khan, the British spy whose story was recently featured in the film “A Call to Spy,” French politician and women’s rights activist Simone Veil and Margaret Bergmann-Lambert, a high-jumper prevented by the Nazis from competing in the Berlin Olympic Games.

Prior editions of “Chutz-Pow!” have been paired with in-person exhibits and events. While a handful of related events did take place in early 2020, before pandemic restrictions were put in place, Reese says both digital and in-person are tentatively planned for next year. Additionally, the Holocaust Center is “currently in the early-development stages for a ‘Chutz-Pow!’ graphic-novel reading group, which we hope to debut in 2021.”

In addition to select physical retailers in the Pittsburgh area, “Chutz-Pow!” can be purchased online through Amazon.