New Book Makes Crafters the 'Life of the Party'

The newest book from Lily & Val owner Valerie McKeehan includes more than 100 hand-drawn, tear-out paper cards, menus and tags that can be used for hosting a gathering.

Available now for pre-order, with a release date set for Sept. 10, “Life of the Party Papercrafting,” includes more than 100 hand-drawn, tear-out paper crafts to use for hosting a party.

Included in the colorful book are cards, postcards, coasters, menus and tags. There also are 16 pages of double-sided scrapbook paper and three coordinated party themes — brunch, elegant and indulgent.

“I would describe it as fun, especially if you’re a paper lover,” McKeehan says. “It’s very versatile — all of the different elements are great for parties, and also great for everyday use with the cards and postcards.”

McKeehan founded Lily & Val, a Pittsburgh-based online shop, in 2012. The shop specializes in illustrated chalk-art designs and sells products such as cards and wall art. In 2016, McKeehan opened a brick-and-mortar Lily & Val flagship store in Shadyside, but closed it in early 2018. 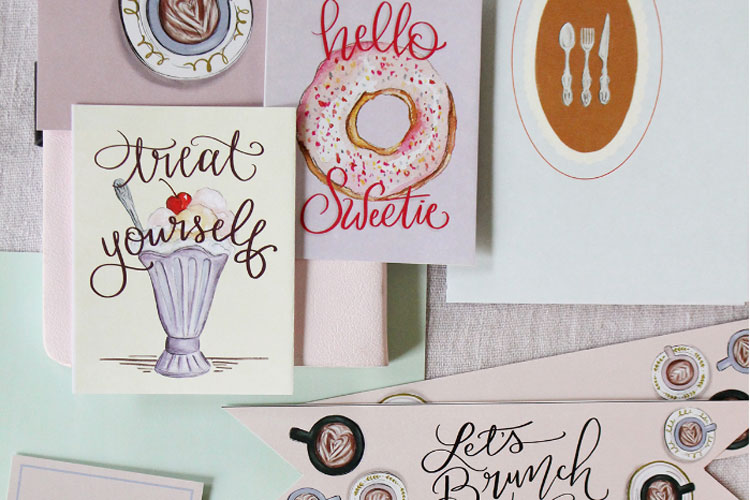 McKeehan says she began creating the book around the holiday season last year after partnering with Fox Chapel Publishing. When the company suggested the idea of tear-out elements in a book, McKeehan was on board.

“I thought it was such a unique concept and I was immediately so excited about it,” she says.

“Life of the Party Papercrafting” isn’t McKeehan’s first experience in the publishing world. Her first book, “The Complete Book of Chalk Lettering: Create and Develop Your Own Style,”  hit shelves in 2015.

“I definitely have wanted to branch out and write more and create more books since then, especially books that inspire creativity,” she says. “That’s really the same thing that ties chalk lettering and papercrafting together — taking the concept of creativity and expressing that and making it easy and fun.”

Lily & Val is continuing to venture beyond chalk lettering. The company recently added pillows — handmade and hand-sewn in Pittsburgh — to its inventory. It recently launched a fall decor line and McKeehan says collaborations are planned with major retailers such as Barnes & Noble and Joann Fabrics.

This article appears in the August 2018 issue of Nest.
Categories: Nest