Steelers Country ranked among the top new amusement park attractions in the country. 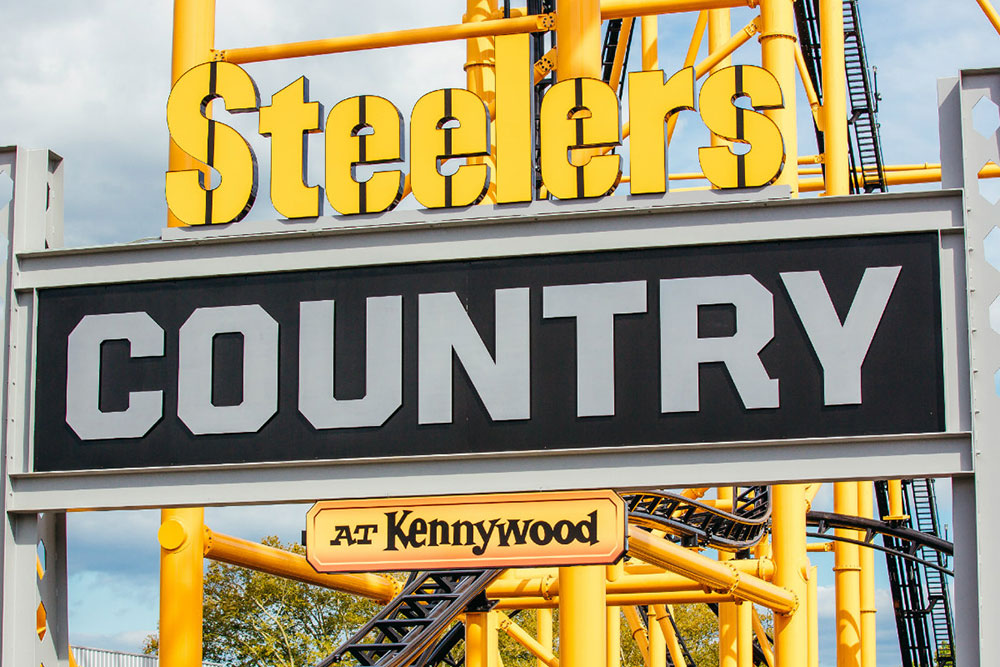 The Pittsburgh Steelers themed section of Kennywood, which opened last summer, earned the ninth spot on the list. Home to the record-breaking Steel Curtain roller coaster, the area earned recognition from the editors at 10Best, a travel website owned by USA Today. After teaming up with a panel of travel experts, the editors created a list of new attractions at amusement parks across the United States. The top ten were determined by popular vote.

Steelers Country earned its praise for the Steel Curtain, the first coaster themed around an NFL team. Beyond its black and gold bona fides, the ride broke multiple records for its number of inversions; one is the highest inversion in the world.

“Kennywood Park and the Pittsburgh Steelers teamed up to create a new themed land in 2019, Steelers Country,” said the editors of 10Best. “The highlight is the new Steel Curtain roller coaster, which reaches speeds of 76 miles per hour and navigates nine inversions (the most in North America), including the world’s tallest at 197 feet.”

The attraction also features Steelers inspired activities including football-based dining areas, games and an interactive area known as The Steelers Experience. The park aims to give amusement park fans the thrill of a Steelers gameday experience.

The Steel Curtain previously earned the title of Best Roller Coaster of 2019 at the Golden Ticket Award Ceremonies in Coeur d’Alene, Idaho, earlier this year. Tim Baldwin, Communication Coordinator for the awards, described the roller coaster as “a one-of-a-kind masterpiece.”