A year-end recap of some of the best activities Pittsburgh has to offer. 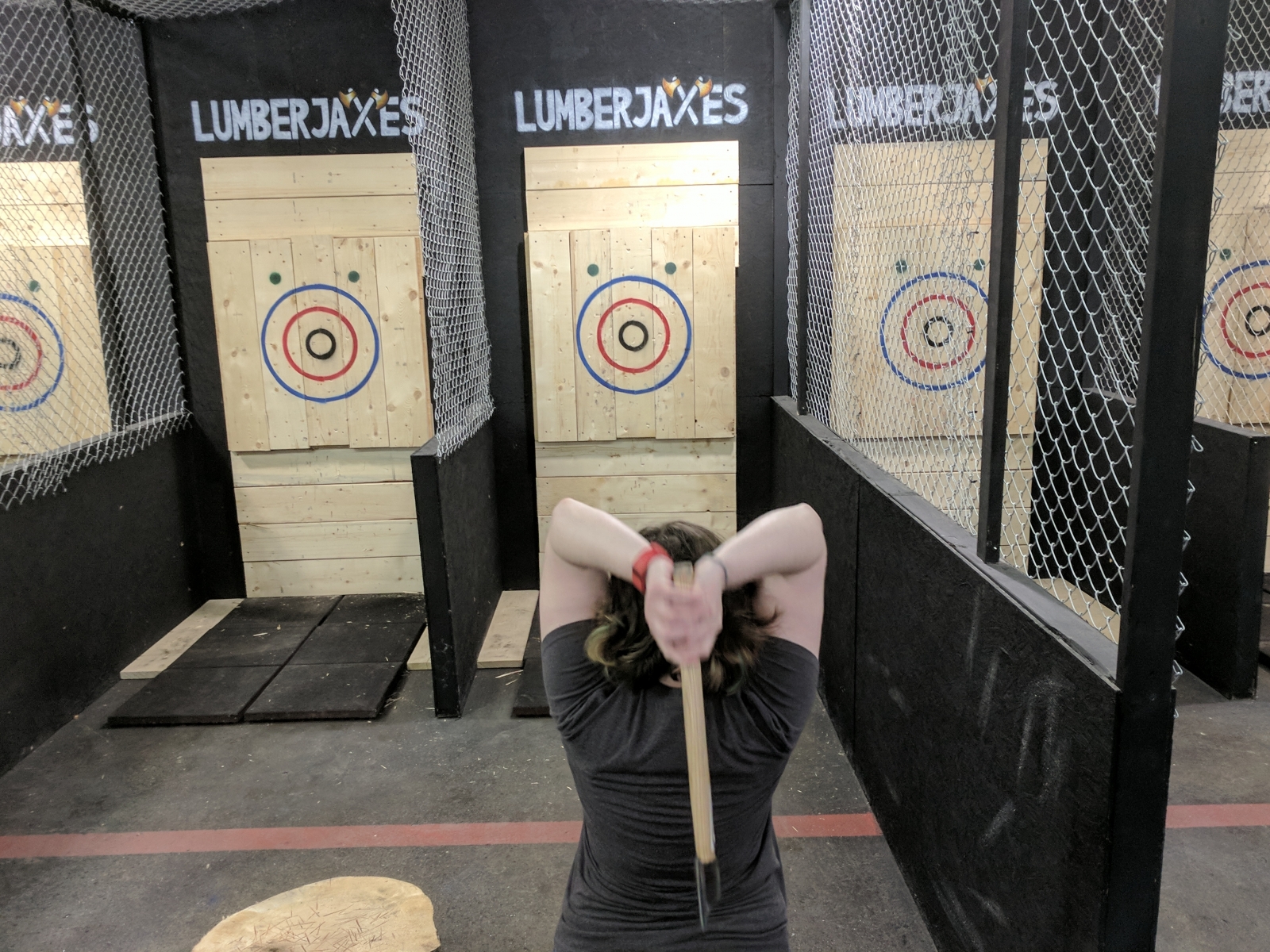 To borrow a line from a song which is not a Christmas song but keeps getting played at Christmas anyway: These are a few of my favorite things.

In looking back at my 2017 whereabouts and activities, I’m very fortunate to not only have done a lot of cool stuff but also, especially, to have done a lot of unusual stuff. Sure, I did the things that I love to do — sit alone in movie theaters, attend pro wrestling events, eat more nachos than is advisable — but I also did things I had never done before and, in some cases, never even considered doing.

Below is a list of the six best things I did in the Pittsburgh area this year. (I’ve geographically limited this rundown because there’s no reason for me to tell you how great the Wizarding World of Harry Potter is.) Western Pennsylvania remains a place where it is very easy to have a good time (often without spending a whole lot of money). My 2018 wish is that we all get out — yes, away from your house — and enjoy our part of the world a bit more.

Go Ape
After initially visiting the North Park ropes course in 2015, I returned twice this year. The only reason it wasn’t more than that was a legitimate fear of developing an addiction. The first time you climb through the treetops and soar toward the ground on a series of ziplines, it’s a heady blur; thereafter, you start to truly appreciate the physical and mental appeal of conquering this gravity-defying (but actually rather safe) challenge. Other ropes-course style challenges and ziplines have come (and some have gone), but nothing in town rivals the original.

Morose & Macabre’s Atrocity Exhibition
When coming up with a label for my Best of the ’Burgh write-up of the Atrocity Exhibition, I settled on “Best Night of Sinfully Artful (or Artfully Sinful) Entertainment.” This is more in line with our normal Best of the ’Burgh format than what I wanted to call it, which was more along the lines of “Thing I Want to Watch Every Night, Forever.” For one weekend a year, the combination of performance art, theater, live music, burlesque and delightfully evil madness turns the Rex Theater into a beautiful, dark cabaret. Rumor has it that 2018’s installment will be the final run; I’m praying that’s not true.

Kennywood Roller Coaster Race
I didn’t write about Kennywood’s annual run simply because I didn’t want to pat myself on the back for completing the course; I have become a runner, but not one of those runners with mile-marker magnets affixed to a car bumper. Anyway. The beloved theme park hosts an annual race truly accessible for anyone: A 10K winding through West Mifflin for the dedicated, a 5K with a shorter neighborhood stretch (both paths end up running through the park) and a roller-coaster challenge inviting those not inclined to run to ride 5K worth of track. All competitors are rewarded with a day in the park; for the price of your race registration (less than a regular ticket to Kennywood), you can stay and ride until the sun sets. If you get in a run every now and then but haven’t tried your hand at a race, this is a great place to start.

Lumberjaxes
I never knew that my life was sorely missing the opportunity to hurl axes at walls, but boy was it. I’ve tried to focus more on activities in After Dark this year — escape rooms, places where you go to break things, etc. —  as there are only so many times I can report on a neighborhood-favorite bar. (Spoiler: There’s good chicken and a decent beer list and it’s a fine place to watch a Pirates game. Always.) But of all the slightly unusual activities I profiled, none was more satisfying than being taught proper axe-throwing technique and then seeing those lessons pay off in the form of sharp objects embedded in planks of wood. (Hey, did I mention I bested all of my friends at axe-throwing? Because I totally did.)

The Vans Warped Tour
There’s nothing particularly local about the Vans Warped Tour, the annual caravan of punk and punk-adjacent music (although there were two strong Pittsburgh-tied bands, Anti-Flag and Eternal Boy, present at this year’s date). My return to the festival was more about nostalgia than anything, although I did have a much better time than expected. But I later learned that my latter-day embrace of the event presaged a coming shift: It was announced that the 2018 tour will be the final cross-country trek for Warped, as they’ve teased a change to a destination festival in 2019 and beyond. That means that 2018 will mark the end of a longstanding summer tradition, as the last great touring festival — a trend that peaked in the late 1990s and has been on the wane ever since — rolls through the erstwhile Star Lake Amphitheater for the final time. Look for my highly emotional report next July.

Jazz Poetry Month
In our September issue, I previewed City of Asylum’s signature series, but I must admit a sort of academic appreciation; in my day-to-day life, I’m not actively pursuing a studied intake of either jazz or poetry. But when I attended one of the festival’s signature events — a reunion of saxophonist Oliver Lake with his 1980s outfit, Jump Up, alongside poets Mark Doty, Kimiko Hahn and Ariana Brown — I was floored. This was a beautiful and bold collision of artists presenting work that was not just world-class but utterly distinct, and it was free and open to the public. There was a lesson, here, and trite though it may be, it’s worth repeating: Break your routines. Go outside of your comfort zone. Because there’s plenty to do around here and you are very likely to find something breathtaking with ease.