We asked the creator and entrepreneur what was her Pittsburgh hidden gem, favorite local meal and much more. 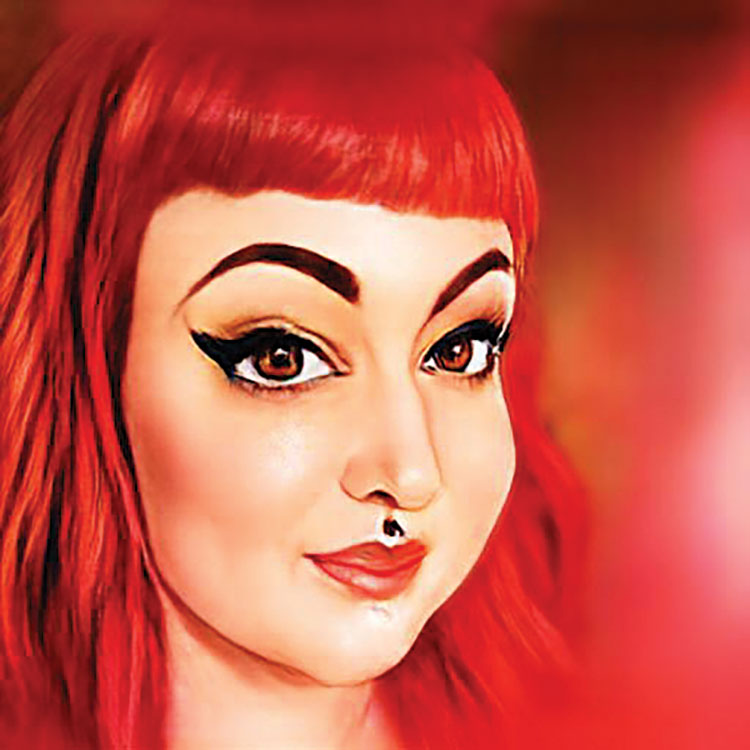 The multitalented, multifaceted creator and entrepreneur Kelly Macabre Noir established her reputation as a purveyor of the uncanny through the bygone “Atrocity Exhibition,” an annual cabaret that drew sellout crowds to the South Side over a 10-year run. Now, she operates The Weeping Glass, a shop selling “oddities and curiosities, odd art and ephemera” that draws visitors from all over the country to Allentown, where she also saved the landmark Black Forge Coffee House from possible closure. Twice a year, Macabre Noir organizes the vibrant Allentown Night Markets, luring thousands to the hilltop neighborhood. We wanted to know: What is Macabre Noir’s Best of the ’Burgh?

What’s your Pittsburgh “hidden gem,” a place that you love that doesn’t get the attention it deserves?
“A Second Home,” a permanent exhibit by Dennis Maher in Mattress Factory’s Row House annex. “It is like the inside of my brain … I can’t possibly explain it. It’s like he built a city.”

If you could only eat one local meal for the rest of your life, what would it be?
Aqua Poutine Hunger Force and Kale ’Em All Salad, Onion Maiden.

If Pittsburgh had a theme song, what would it be?
Fred Rogers, “Won’t You Be My Neighbor?”

What’s the annual tradition that you wait for every year?
“I make the trek out to Demon House with all my friends every year [at Halloween] … It’s an old-school haunted house in Monongahela … good scares, tight spaces.”

Favorite Pittsburgh appearance in a movie or on television?
1992 Vampire Flick “Innocent Blood”

What’s your unpopular Pittsburgh opinion? What is something you think about the city (or a famous aspect of it) that won’t win you any friends?
“I would say everybody talking to you about a Steelers game, assuming that just because you’re from Pittsburgh that you have any idea — or care — about what’s going on.”

Where’s the first place you take out-of-town guests?
The Center for PostNatural History

You get one Incline ride with any Pittsburgher, living or dead. Who is it?
“It would probably be my Dad — because he never got to ride that thing. I think he would’ve gotten an absolute kick out of it; he loved old mechanics and trains, things like that … I don’t really care about a famous person I would ride it with. I think it would be my Dad, so he could have that experience.”

If you could bring back one Pittsburgh place or restaurant that’s no longer there, which would you pick?
The O — and Club Laga. “They kind of worked symbiotically; you went to Laga, and then you went to The O.”

This article appears in the January 2023 issue of Pittsburgh Magazine.
Categories: Best of the ‘Burgh