Find out how what was once Pittsburgh's grandest hotel became the student union at the University of Pittsburgh. 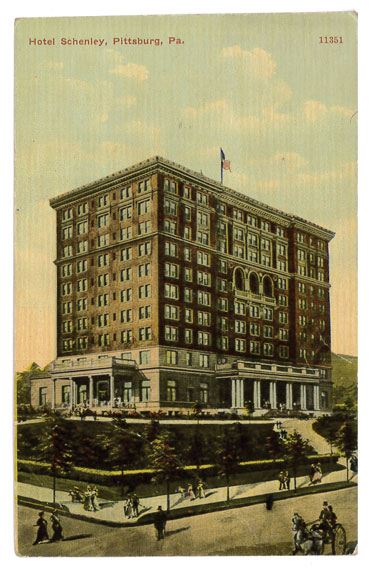 Schenley was a rogue’s name before it became a park. In 1842, 15-year-old Mary Croghan, heiress to vast amounts of local land, bolted from her New York boarding school to elope with British Capt. Edward Schenley, a man three times her age.

Her outraged father, Pittsburgh lawyer William Croghan Jr., tried to get ships to intercept them before eventually expanding his Stanton Heights mansion in a vain effort to coax the pair back from England. Decades later, in 1889, Mary Schenley deeded 400 acres to the city for a park. Just a few years later, the land was graced by the new Phipps Conservatory and Carnegie Library. 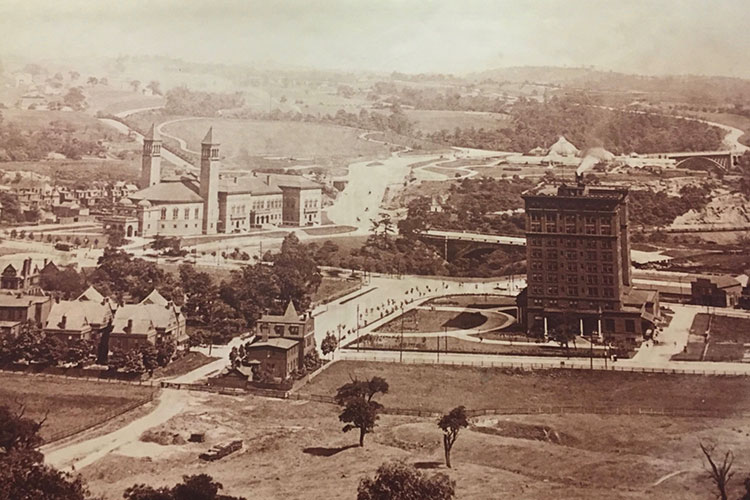 PHOTOS AND VINTAGE POST CARD COURTESY MARK HOUSER | Oakland’s new Hotel Schenley in 1900, across the street from a dairy farm

Cleveland-born builder Franklin Nicola coveted the wealthy widow’s undeveloped acres along Fifth and Forbes. Backed by heavy-hitter investors including Carnegie, Heinz, Westinghouse and Mellon, Nicola in 1897 got Schenley to sell a 3.5-acre parcel containing a brickyard and cornfield. There he erected Pittsburgh’s grandest hotel. With its lavish trappings, pastoral air and powerful backers, the Hotel Schenley was an instant success. 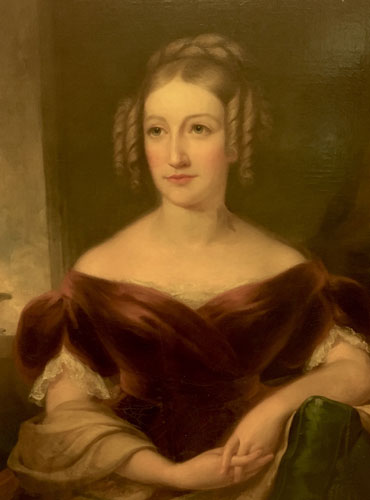 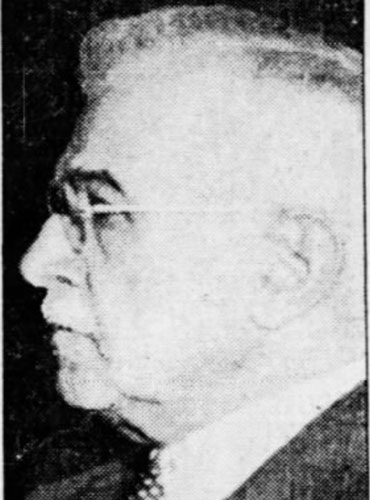 Nicola almost didn’t live long enough to see its success. In 1899, a few months after the hotel’s opening, he was hit by a streetcar just outside the building on Fifth Avenue. Once his cuts and bruises healed, he bought and developed more Schenley land to create the model suburb of Oakland. Under his supervision, the University of Pittsburgh, as well as the monumental buildings along Fifth Avenue and the upscale Schenley Farms housing plan, all sprang up. The development was crowned in 1909 by Forbes Field. Baseball stars such as Babe Ruth joined opera singer Enrico Caruso and other celebrities in the hotel’s guest registry. 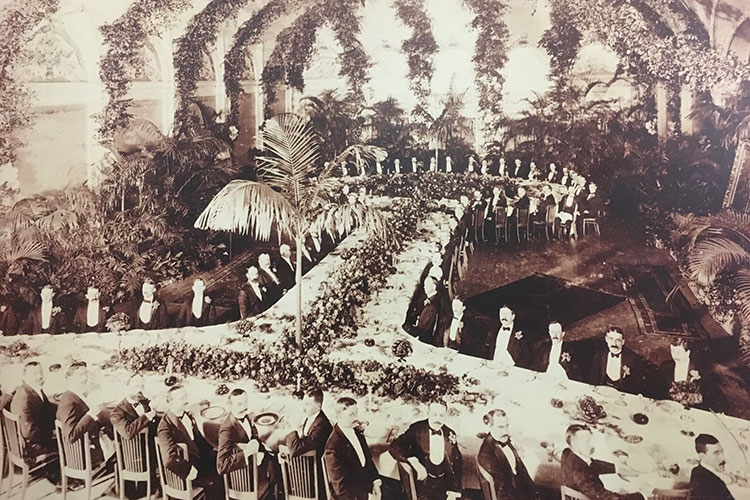 1901 Carnegie Steel banquet at the hotel, with table in the shape of a steel rail.

Then the Depression came. The county reneged on a deal to buy Nicola’s land to build an events center; in the resulting lawsuit, Nicola was accused of bribing a commissioner with outlawed booze during Prohibition. The feds convicted him of income tax evasion, though he got it overturned on appeal. Nicola fell ill and died in 1938 at the age of 78, on the brink of insolvency. 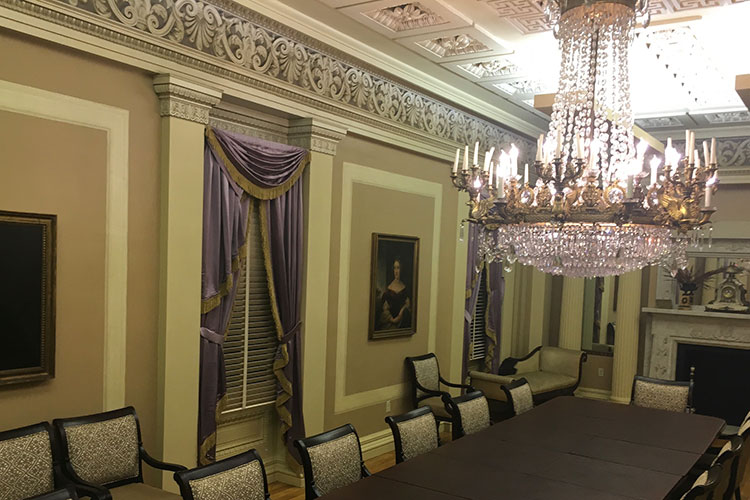 Croghan-Schenley ballroom in Cathedral of Learning, from the family mansion

As Oakland kept growing, the Hotel Schenley eventually lost its country cachet. In 1955, riding a wave of publicity from its Salk polio vaccine, Pitt bought Nicola’s luxury Schenley Apartments behind the hotel to convert into dorms, then acquired the hotel itself, now renamed the William Pitt Union. And when the long-vacant Croghan mansion was torn down — after having failed to lure the Schenleys back to Pittsburgh — its ballroom was carefully dismantled and rebuilt as a meeting room on the first floor of the Cathedral of Learning. You can visit it today, on Mary Schenley’s former farmland.

This article appears in the August 2018 issue of Pittsburgh Magazine.
Categories: Community Feature, From the Magazine